Ryan proposed during a family vacation to Honolulu, Hawaii on July 26, 2009.  The plan was to hike to the summit of Diamond Head on Saturday, but we got the park too late to make the hike.  The weather was a little overcast that day, so the view would not have been as spectacular.  My parents, sister and Ryan were all a little letdown that we couldn’t make the hike, and I just wasn’t following.  I kept thinking, “Guys, it’s OK!  We can come back tomorrow!!”  Little did I know just what this adventure hike up to the summit would hold.

With the help of my little sister, Rachel, Ryan had picked out a ring and planned the proposal a week before the trip.  On the car ride to Diamond Head on Sunday, Ryan told me (and very seriously I might add...) that there was something he wanted to discuss and change about our relationship, but didn't want to talk about it until after we had reached the summit and could trail behind the rest of the family.  Of course, I got nervous and racked my brain to try and figure out what he would want to change.  Were we moving too fast?  Was he unhappy or having second thoughts?  WHAT IS THE PROBLEM HERE, BUDDY?!  So, we headed up the crater… And I was leading the pack.  Everyone else says that I was mad and that I stormed up the mountain.  That’s not entirely true.  My main concern was getting up, and heading back down as soon as possible so Ryan and I could have this discussion. 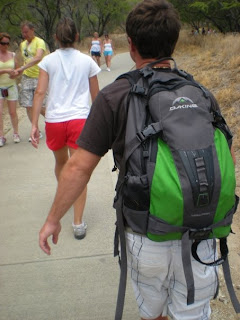 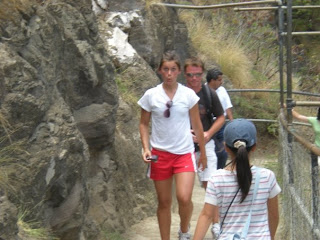 I was so worried about what he might have to say that I wasn’t truly appreciating what we had just done and what we were looking out at.  But once we got to the top and were looking over the amazingly beautiful Waikiki Beach, Ryan got my attention and said, "I know what it is that I want to change about our relationship." 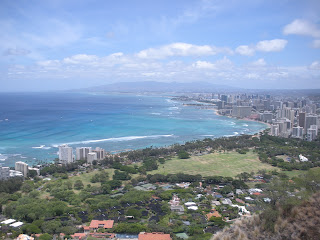 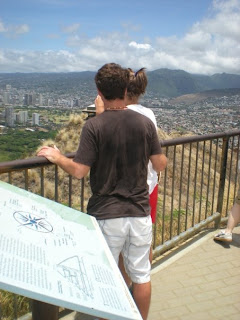 He told me to close my eyes, and he got down on one knee to propose. 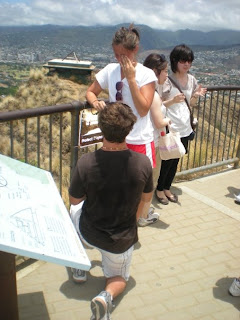 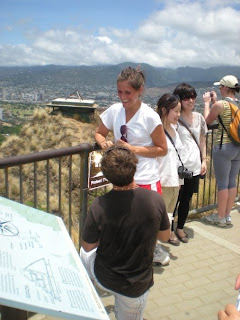 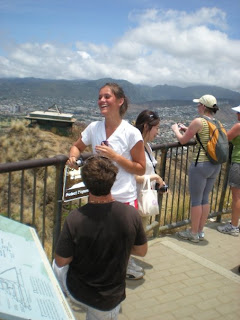 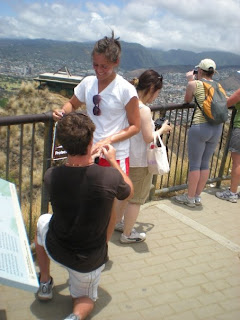 My parents and little sister were able to witness it, as well as several other Hawaii tourists (including a humongous Samoan man who was giving Ryan two thumbs up in the background).  Of course (and obviously), I said YES!  I was so caught off guard that I thought I was going to fall over the railing.  Luckily, I didn’t.  Rachel helped Ryan pull it all off by carrying the ring and a bottle of champagne in a backpack that she carried up the crater. 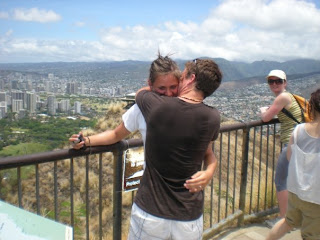 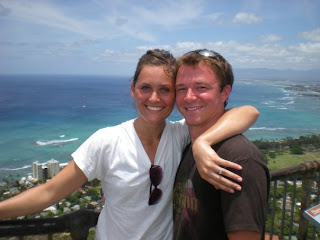 It's safe to say it was a much more pleasant walk back down Diamond Head... 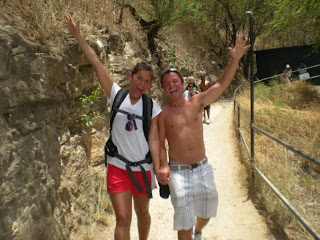 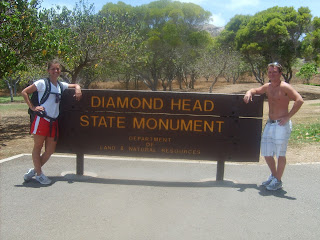 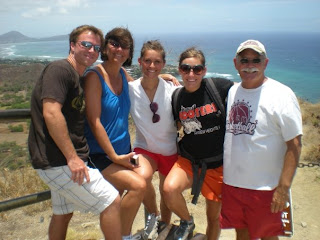 It was an amazing day that I will never forget.  I am one lucky lady.