Cam is three and a half today.

As in getting further away from three and closer to four.  I don't know why but "four" just seems and sounds so old to me and so much older than three.

Last June, when he turned two and a half, Zoey was fresh and I unknowingly let the day go by without documentation and I was really mad at myself for it.  So, here I am to tell you about my favorite three and a half year old little human.

No fun stats because his pediatrician sure doesn't give a rip about his half birthday, but he weighs a solid 30 pounds and I swear he's growing like a little weed.  This is evidenced by his 2T pants finally starting to look a tiny bit short.  Thank goodness it's almost summer and he can live in shorts.

In no particular order, here are some things I want to remember about Cam at three and a half years old:

- is all of a sudden super into "boy" things like digging and playing in the dirt, searching for ants and other bugs, "playing fight," and using potty words like "poo poo"

- will finish his first year of preschool next week 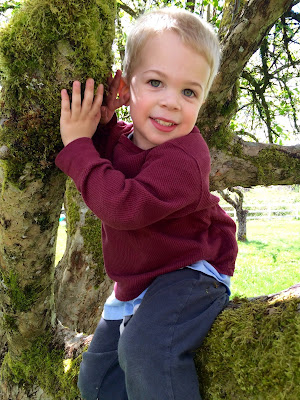 - can write almost all of his (capital) letters

- can write and spell his name

- loves to talk about the planets and watch "the sun song" 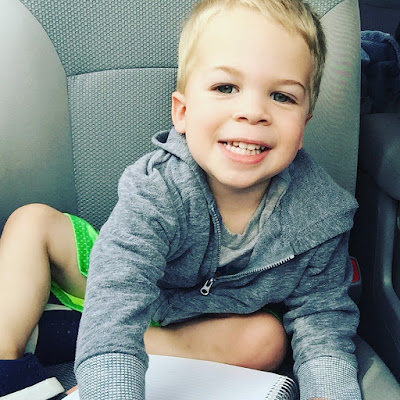 - for now, loves his sister more than I could have ever hoped 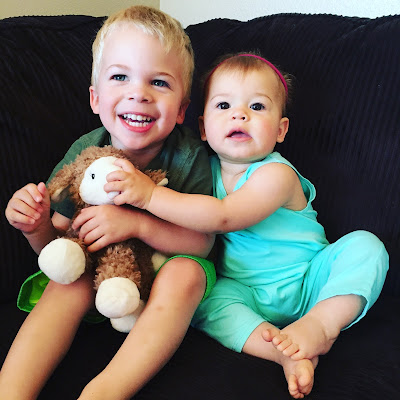 - likes to be told stories before bed and they all start with "once upon a time, there was a little boy named Camden..."

- after he is told a story or two, he likes to be the story teller and starts his story with "once upon a time, there was a little boy named Camden, so Camden..." and it's usually a repeat of the story I already told.  Or about a t-rex.

- takes swim lessons on Friday nights (Super Pike) and is in the pool without me.  He really likes to wear his goggles but they are usually perched on his forehead and not actually covering his eyes

- plays on a 3-4 year old YMCA soccer team that practices Monday nights and plays games on Saturday mornings.  I am the coach and it has been an absolute blast. We have a hard time getting all the kids to show up for games and he tends to get tired or bored (or both?) during the second half and you will find him sitting or laying on the grass instead of participating 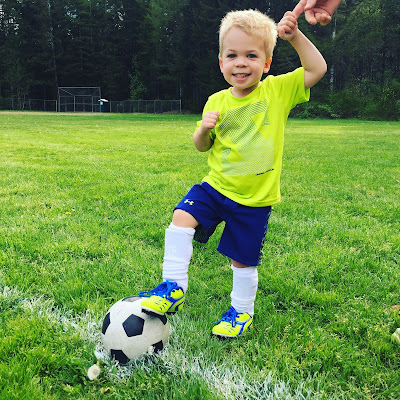 - his favorite thing about soccer is getting to play Duck, Duck, Goose at the end of practice

- his favorite person is probably his Papa

- is still so snuggly and loves to cuddle

- at night before I leave his room we give each other five kisses: butterfly, eskimo, forehead, nose, and a smooch

As always, I feel incredibly grateful that I get to be his mommy.

Take Luck,
LP
Posted by Lauren Peters Blog at 10:00 AM No comments:

And just like that.  My baby girl is ONE. 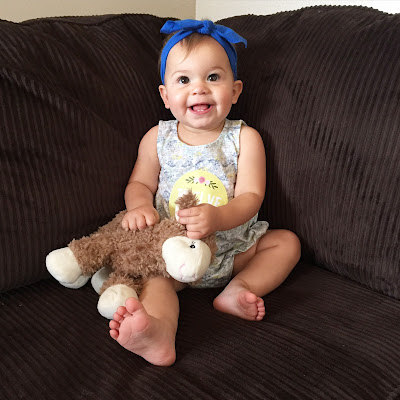 - Still rocks 9 month and 6-12 month clothing.  I tried to put her in a 12 month jacket the other day and it nearly swallowed her whole.

- Up until this past week has been the happiest of the happy babies.  Teething is kicking her sweet nature to the curb and left us with a crab.

- She is officially a walker.  We were counting her steps for awhile but once we got to 15... We stopped.

- Climbs on everything, and does not stop moving.
- Goes from sitting to standing (without pulling herself up on something).
- Bear crawls.

- Favorite toys are her push car, picnic basket, and baby doll.  And whatever Cam is playing with.  And Flo.  Cannot forget Flo.

- Still finds incredible joy in splashing in Sonny's water or tipping it over entirely.

- Had her first sinus infection.

- Has four a half teeth.  I say half because one on top has almost totally poked through but is taking it's sweet ass time.  I think the bottom two are next.

- Loves to eat, though she seems to be getting pickier.  She deliberately picks through her food to eat the fruit before the veggies and/or meat.

- Shakes her head no, but I'm pretty sure most of the time it's just for fun.

- Blows kisses by putting her palm to her mouth and then repeatedly smacking herself in the face.
- Gives super enthusiastic high fives.

- Waves "hi" and "bye" with both hands facing toward herself.

- Covers her ears or brings her hands up to her face when you tell her "ah ah" (no).

- Does not like it when Sonny barks incessantly and will scurry to the nearest adult to be held and snuggled.  She is also scared of the vacuum.

- Likes to feed people and steal food off of your plate.

- Loves to wrestle with Cam and sometimes is the instigator.

- Loves to "try on clothes" by putting them over her face, on her head, and around her neck.
- Is seriously a water baby.  She tries to swim out of my arms at the pool and sticks her face underneath the spout in the bathtub.

- Has lots of little eczema patches on her back and chest that come and go no matter how much eczema lotion I apply.

- Adores her crazy big brother.  She doesn't care that I come to retrieve her in the morning.  I pick her up and she immediately peeks around to look for him. 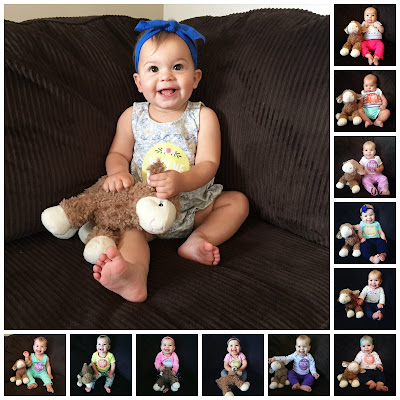 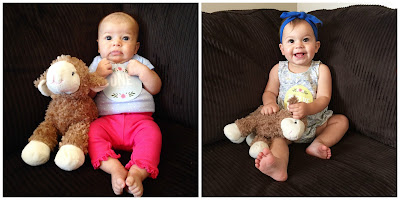 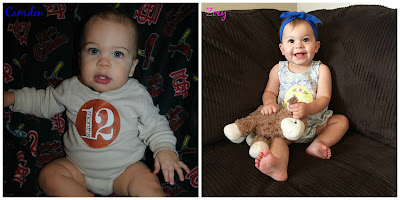 Zoey Grace.  Words cannot describe how happy it makes me and how grateful I am to be your mommy.  I have loved getting to know you this past year and seeing you grow into the spunky and sweet little bug that you've become.  You truly are a joy to be around and your daddy, brother, and I simply adore you.  My greatest hope is that you grow up to be a strong woman, who believes that her worth is not determined by what is on the outside - but on the inside.  Watching you grow is incredibly bittersweet and I can't wait to see what you have to offer this world.  I love you to the moon and stars.  You are my littlest love.

Take Luck,
LP
Posted by Lauren Peters Blog at 10:00 AM No comments: