Does this sound at all familiar?
It should.
Because I have so far posted about The Meeting, The Proposal and The Wedding.  So naturally, with our one year anniversary being Monday, I figure it is only appropriate to complete the flashbacks with a look at our honeymoon.

We took off for our St. Lucian honeymoon on Monday night, a day after the wedding.  It was literally a full day of travel to get from SeaTac to St. Lucia in the Eastern Caribbean.  We flew from Seattle, to Chicago, to Puerto Rico, and finally landed on the island.  The trip time wouldn't have been too bad, we had to sit and wait through a five hour layover in Chicago.

When we got to Puerto Rico, we saw a map and were able to put into view just how far we had traveled so far, and just how far St. Lucia is from Seattle. 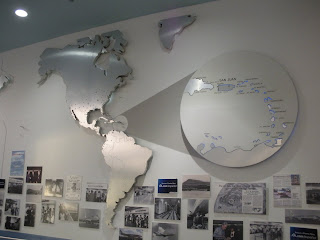 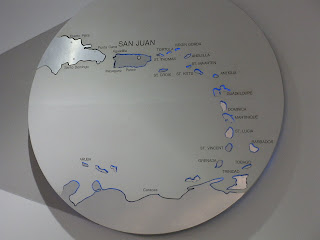 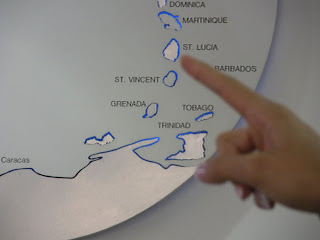 We finally made it to our Sandals resort - Halcyon Beach and were looking a little rough around the edges.  But considering the week before the wedding, the wedding and reception, and the 19 hour trip to the island, we were more than a little tuckered out.
We wasted no time in putting our tootsies and booties in the sand and relaxing.
We had the most amazing trip and definitely celebrated the fact that we were newlyweds.  We laid on the beach, drank lots of fruity drinks, went on excursions and took in every minute of the amazing island we were on.  It was "winter" in St. Lucia, so it was only 85+ degrees everyday with a few minutes of rain showers.
Prepare for more picture overload. 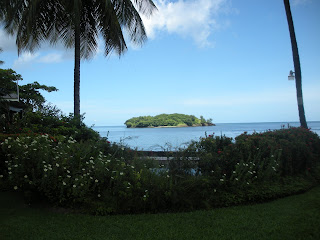 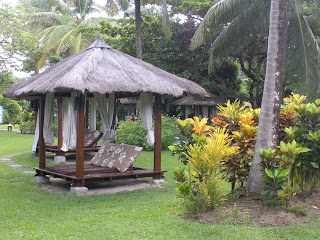 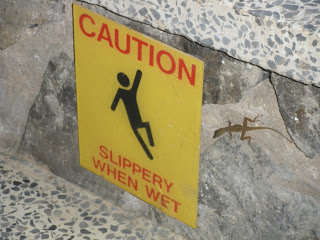 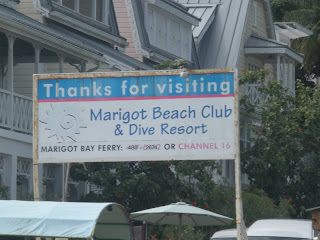 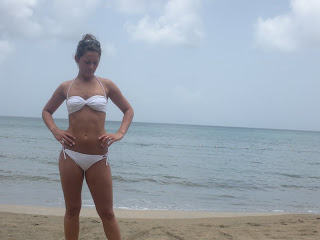 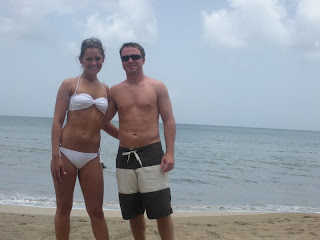 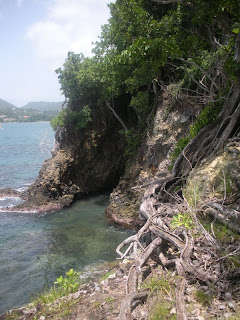 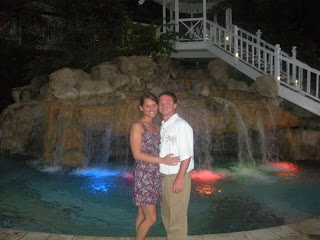 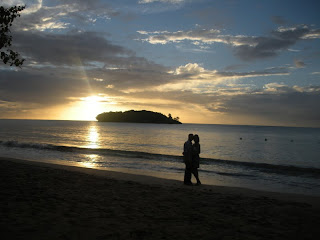 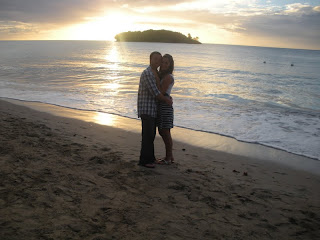 I don't know if I would call it the highlight of the trip, but there was one thing that we always talk about when anyone asks about our honeymoon.  I had planned what I thought was going to be a very romantic, sunset dinner cruise.  As soon as we were dropped off at the boat, Ryan immediately told me that I had been extremely mislead.  This was no romantic, sunset dinner cruise.  This was going to be a crazy and drunken booze cruise.  We ended up having a really good time and mingled with some other couples that were on their honeymoon.
Then it got awkward.
The MC of the dinner cruise was a midget.
And that's not at all what made it awkward.
He called out one of the other employees who was his "ex-girlfriend" and they started pole dancing together.
That is were the awkwardness began.  It didn't end there.
They proceeded to pole dance with each other... Eventually taking it to the floor where the midget MC mounted the actually-above-average sized woman and started to hump her.
Awesome.
Nothing says romance like a humping midget. 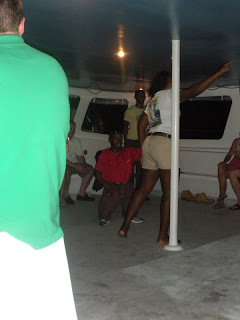 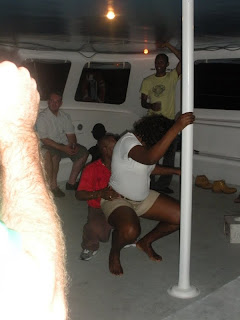 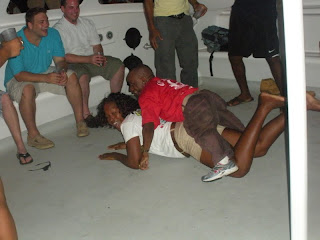 Gross.
I never imagined I would have this sort of memory/story to share from our honeymoon.
Take Luck,
LP
Posted by Lauren Peters Blog at 12:09 PM