You Know You're a New Mama When...

... Your husband tells you that you smell good.  While this makes you feel good - you know it's because you recently broke your streak of several days without a shower.

... You contemplate getting dressed in "real" clothes but yoga pants and a nursing cami always win.

... You are getting ridiculously good at doing things one-handed.  Like typing this blog, for example.

... You feel refreshed after four hours of uninterrupted sleep.

... You give the random grocery store patrons (who look in on your sleeping baby in his carseat while you are grabbing something off the shelf) a real quick "I'm watching you. Like. A. Hawk" look.  And then a nice smile.

... You drive away from the coffee stand after you've paid for your coffee... Without the coffee.

... You notice yourself bouncing and swaying even when you are not holding your baby.

And, no post would be complete without a visit from the newly 7-week old, Camden. 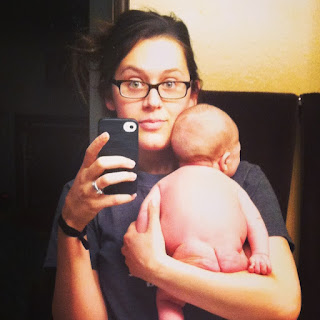 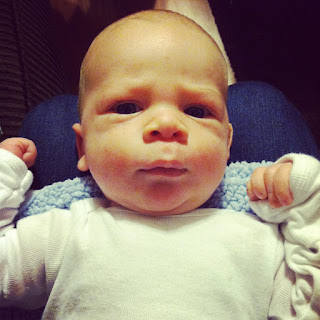 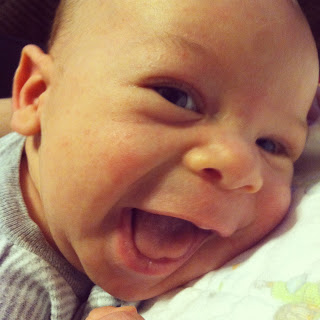 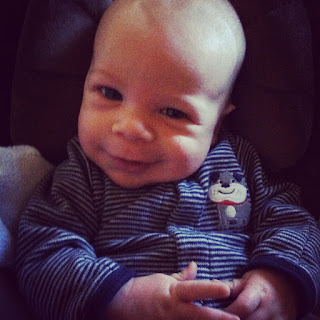 I may have just experienced the fastest month of my life.  In fact, I'm almost positive.

Camden is one month old today.  Cue the tears.  My tears.

His one month stats are: 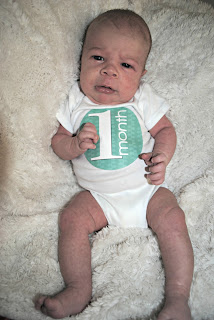 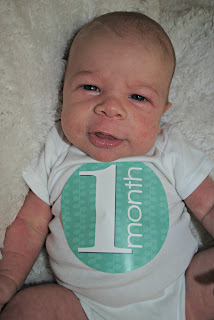 Camden does not like:
- Being woken up
- Waiting to be fed
- Swaddling

We sure do love this little boy.  I'm sure I'll get over him being a month old... When he's two months old.  Ugh.

10 on 10: 10 pictures on the 10th day of the month!
Document a snapshot of your life & find beauty among the ordinary things in your day! 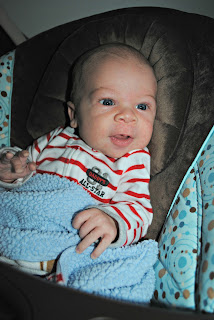 [2] Morning milk coma.  One of several for the day. 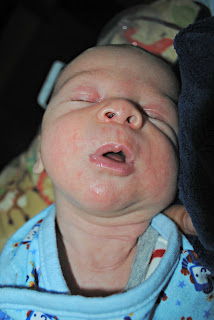 [3] Walk/jog time.  Today there may have even been more jogging than walking? 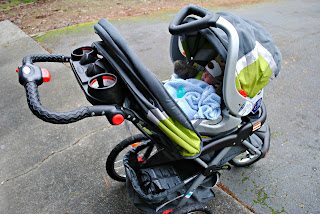 [4] My walk/jog buddy.  He's the strong, silent type - not much in the motivator department. 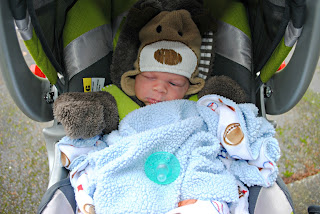 [5] Hard to believe I will be opening this package tomorrow for a little 1 month photo shoot. 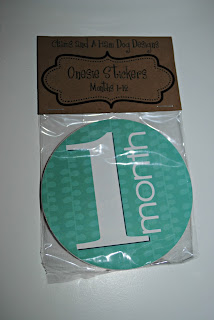 [6] Mama and baby snuggles were plentiful today.  My kind of day. 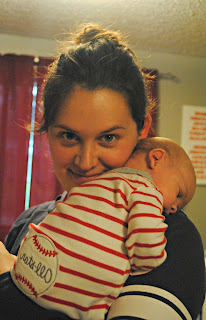 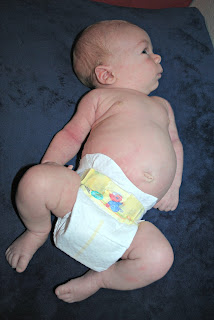 [8] I am a sucker for clothes with animal faces on the feet or butt. 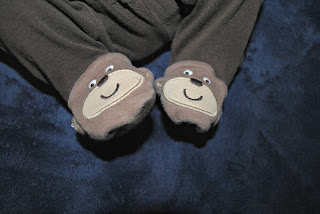 [9] Another milk coma for the wild man. 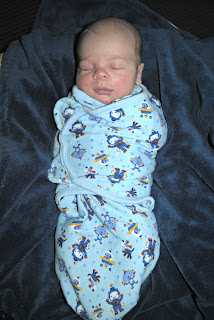 [10]  This lady gave me an interesting afternoon.  I swear she and Brock schemed up a little diversion project to get my attention.  My mom stopped by and Brock got so excited he flew through the house and knocked over a full bowl of water.  While Mom and I were distracted, Sonny escaped out the front door.  It took us several minutes to even realize she was gone and several more minutes to locate her.  I was the crazy lady running up and down our street, shaking her treats, and shouting her name.  Dogs. 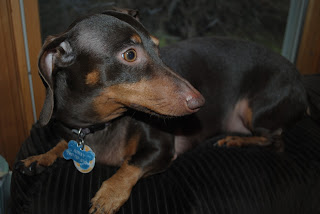 Camden was born on a Tuesday morning.  We were discharged on Wednesday afternoon.  And Thursday may have been the hardest and most emotional day of my life.  So far.
After four days of zero sleep (from contractions, being in the hospital for two nights, and our first night home with Cam), I was in some serious need of rest.  Ryan's parents were here and after we got back from Camden's first doctor's appointment - my mother-in-law offered to watch him while I took a nap.
Sleep sounded so good so I jumped at the chance for rest.  And immediately regretted it.
Laura, our doula, was coming over to check on us at around 12:30 that day so I was looking forward to showing her how great everything was going (or so I had thought).
I woke up from my little nap when Laura arrived and right now - I don't think I can put into words exactly how horrible I felt but I'll try:
Exhausted beyond any exhaustion I've ever felt, wickedly engorged with rock hard boobies that came up to my neck (no joke, people), panicked and completely scared, and as though my brain had been completely scrambled.  And I was crying.
Laura, being the amazingly wonderful woman that she is - assured me that everything was fine, everything would be fine, and that the first 10 days of having a newborn baby was all about survival.
She sure as shit wasn't joking.
After talking for awhile and asking her to repeat about half of the things she said (because I simply was not comprehending anything), I pumped for the first time to try and relieve some of the engorgement.  That in itself took a load off my shoulders.  I was terrified that the engorgement was going to become a permanent association with breastfeeding.
For the next few days I would try and take a nap when I could, but each time would wake up in a complete panic and feel about 1,000 times worse than I had before I went to sleep.  Sleeping at night was fine, but naps in the middle of the day had become my worst nightmare.  I don't know if I was still trying to catch up on the sleep that I missed combined with raging hormones, or what - but it was horrible.
Napping wasn't my only issue.  I could fly off the handle and totally lose it at the drop of a hat.  Ryan and I even came up with a code word for if I needed to excuse myself (and go cry in the bedroom and talk to him about my state of overwhelmed-ness).
Thankfully, things have gotten much better and naps during the day don't send me off into another dimension of panic and brain foggyness.  Now it seems my problem is that when I want to nap - I can't, and when I can nap - I'm not tired.  Even better - I haven't used the code word since that first week.
I'm happy to report that we (obviously) survived our first 10 days with a newborn.
The closest we've come to losing a member of our little family was when Ryan and I took Camden, Brock, and Sonny for a little family walk down at Lions Park and we almost came back with one less pooch due to poor behavior.
Take Luck,
LP
Posted by Lauren Peters Blog at 6:16 PM 1 comment: