I'll just cut to the chase and say: we're moving.

Not far.  A mere 10 miles west, within the same city.  I say, "moving' on up" because this house is more than twice the size as the home we currently live in.  Yowza.  I'm already having nightmares thinking about cleaning this beast. 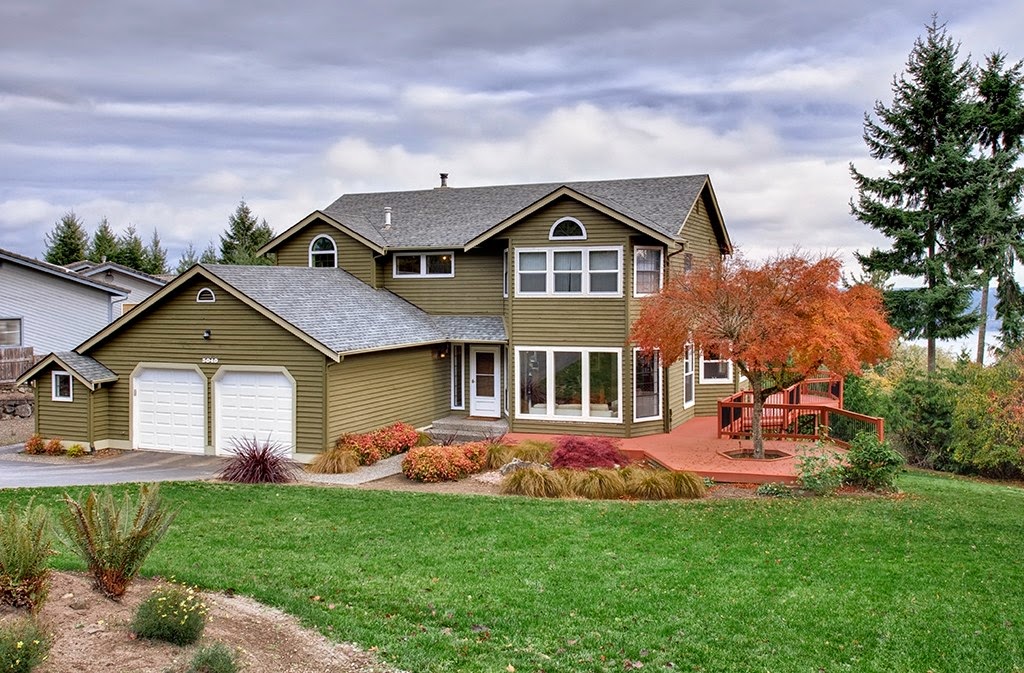 It has 5 bedrooms and 3.5 bathrooms.  Room to grow and room for guests, I suppose.

Because this was a short sale, buying this house has been a long and arduous process.  We weren't even talking about buying a new home, but when looking out of curiosity - we saw this place and knew we had to go take a peek.

We made an offer on January 28th.  The lender counter-offered 10 weeks later on April 8th, a pretty large jump from our offer.  We counter-offered their counter-offer on April 9th, not much higher than our initial offer - fully expecting them to decline.  So, you can imagine how shocked I was when on April 25th, I got an email from our relator saying that the lender accepted.

I was immediately excited with a large side of terrified.

The whole process had taken so long that I had sort of written it off and didn't expect anything to come of it.  Maybe to protect myself from being disappointed if it didn't work out?  I don't know.  The whole time we were waiting to hear from the lender we were in a constant yo-yo, wondering if it was a smart decision, the right house, blah blah blah.

We knew we weren't in a position to sell our current home, and the idea of trying to find renters and be landlords terrified me even more.  Like a super-sized side of terrified.

After several recommendations, we called a local property management group and signed an agreement for them to manage our property.  Not kidding when I say that the lady came and took photos of our house on Wednesday night, had them posted on the internet Friday, and by Monday morning - our home had been shown and an application signed.

So, holy shit.  That worked out well.

I've spent the last few weeks tackling small projects around the house to get it ready for tenants, and packing/organizing a few boxes a night.  Let me just say that trying to pack and "organize" is really, really hard with an inquisitive and mischievous little person running amok in the house.  Can't wait for when I have to unpack and try to get a new house functional with my little tripping hazard.

The house needs a little TLC and some sewious counseling in interior paint, but otherwise, it's ready for the Peters family to make it our new (and for-ev-er) home.  Needless to say after getting over the "oh, shits," we are super excited.  I'm a little worried about how Cam will adjust to a new house and new bedroom, but I hope he surprises me.

I've decided I should not be allowed in Target, Home Depot, or World Market unsupervised for the next six months or so, because lately I look around and feel compelled to buy one of everything.

Apparently I've stooped to only blogging about holidays?  And apparently I didn't write a post last year commemorating my first Mother's Day.

What the what, right?

Not only did I not post our (now obligatory) mommy and me Mother's Day picture last year, but I didn't reflect on how I was feeling after five months in the trenches of new mamahood.  I would have really enjoyed looking back on my sleep deprived words and heart to see how much Camden and I have both grown and changed since.  No doubt I was madly in love with him then and loved celebrating the fact that I get to be his mommy, but I truly feel like my love for him has grown exponentially this past year. 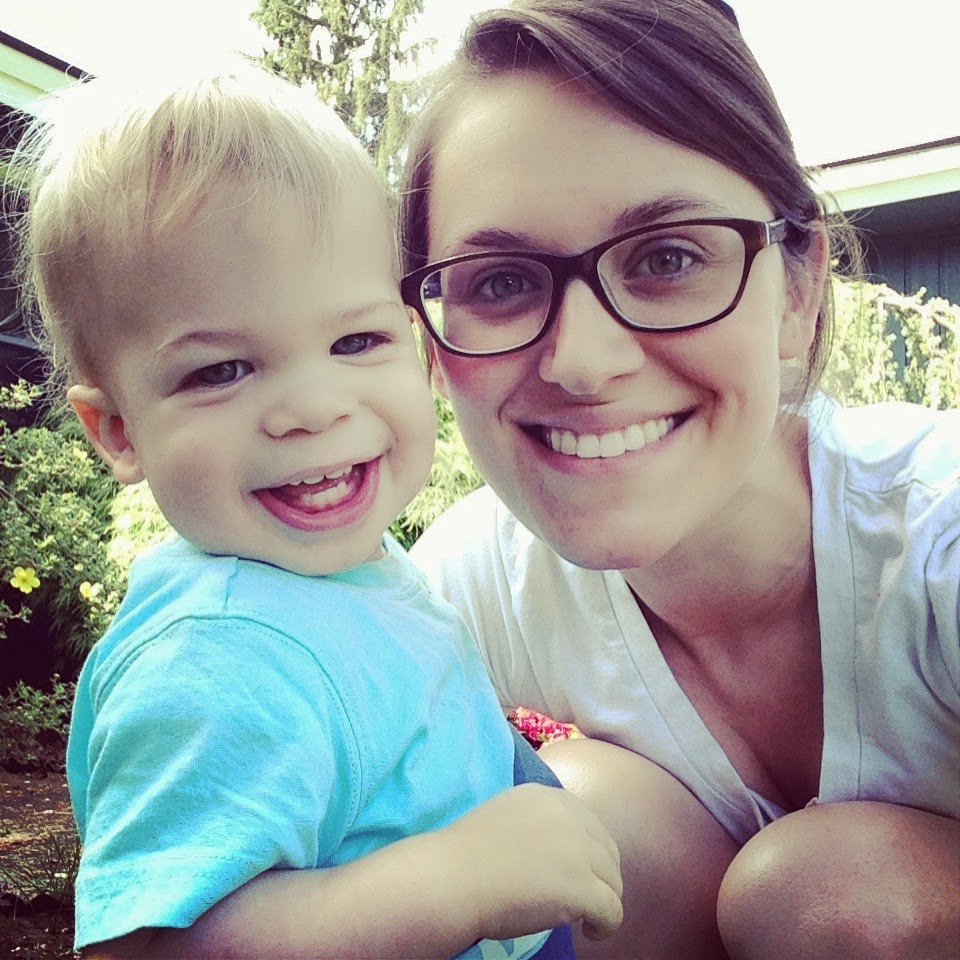 I made it pretty clear that I was emotional about Camden turning one year old, leaving the baby behind in the dust.  Now, he's quickly approaching the year and a half mark, and had I known that he was going to be the funny, sweet, snuggly, and busy boy that he is today - I'm not sure I would have been as sad.  Still sad, yes, but not my-baby-is-the-first-baby-ever-in-the-universe-to-turn-one-year-old-what-am-I-going-to-do-sad.

The truth is, my little Hammy brings me so much joy and pride, that sometimes I swear I am literally beaming.  He has changed my life in such a way, that I'm not sure I'll ever be able to describe it.  I'll sum it up to say that recently at work, I found a snack bag of crackers in my purse, and it was all I could do to not burst into tears right there at my desk.  The emotions were 25% sadness, wishing I was with him instead of being at work, and 75% happiness, realizing that I am a mom - one that keeps crackers stashed in her purse for her little cracker-eating-monster. 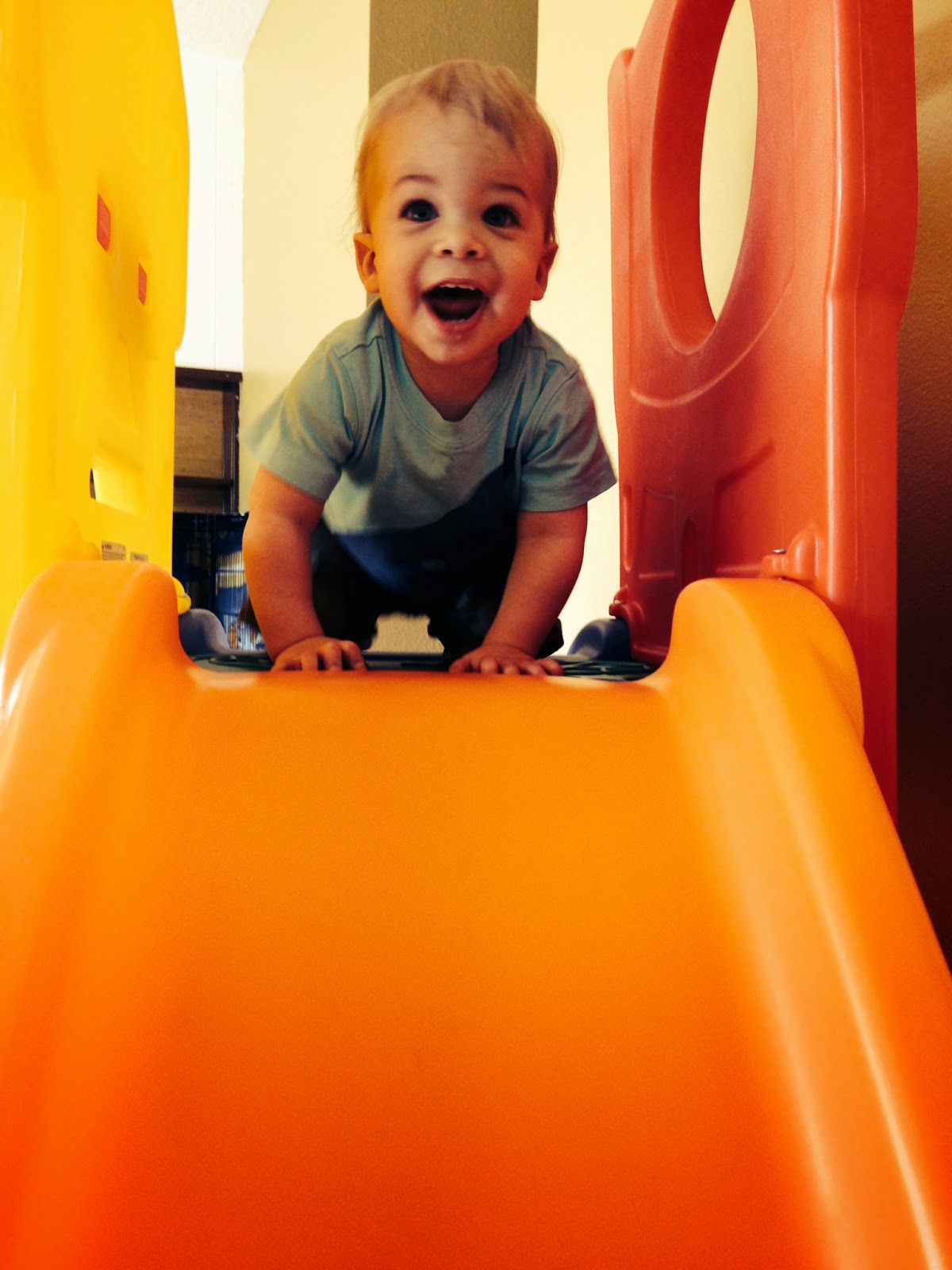 On another note, isn't it funny how you don't really appreciate your parents or the love they have for you, until you're a parent yourself?  You finally start to understand the love they have for you, and the sacrifices they made to give you the best life possible.  You find yourself wanting to instill in your kids the things your parents instilled in you, and you want your parents to be proud of the parent you've become.  I had amazing examples of a mother and father, and I hope they know how much I love them and appreciate everything they've done for me.  Not to mention, the amazing gift it's been to see them love Camden and watching him adore them in return.

I sent out some "Happy Mother's Day" text messages on Sunday to some of the most important mommies in my life.  My sister-in-law quickly wrote back and said that she hoped Ryan and Cam spoiled me rotten.  My semi-kidding-semi-serious response?  "I'm just hoping for spoiled.  Spoiled rotten may be setting my expectations to high."  Honestly, the fact that Ryan changed Camden's morning bomb of a diaper and I got to do the grocery shopping solo was enough "spoiling" for me.

My Mother's Day was spent getting pedicures and having lunch with Mom and Rachy before coming home to a nice card, pretty flowers, several gigantic bags of candy, chocolate covered strawberries, and new exercise/running shoes.  I'm not really sure what they're trying to tell me with those mixed-message gifts, but I gladly accepted it all.

Little did I know that Cam was saving the "best" gift for the evening when he took a forehead dive into the concrete step at my parents' house, followed by the dreaded open-mouth-no-sound-cry. 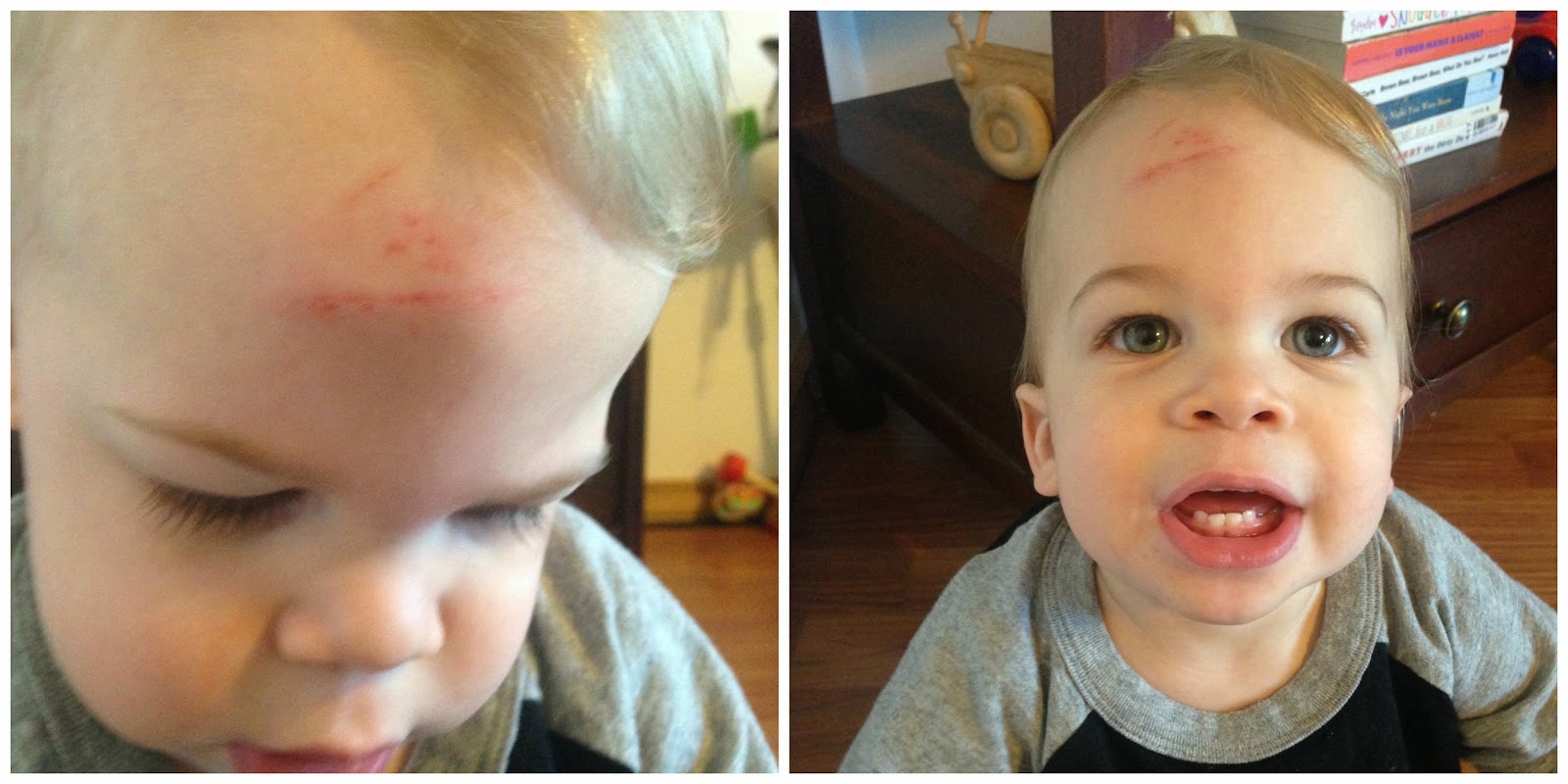 Just call me Mother. Of. The. Year. 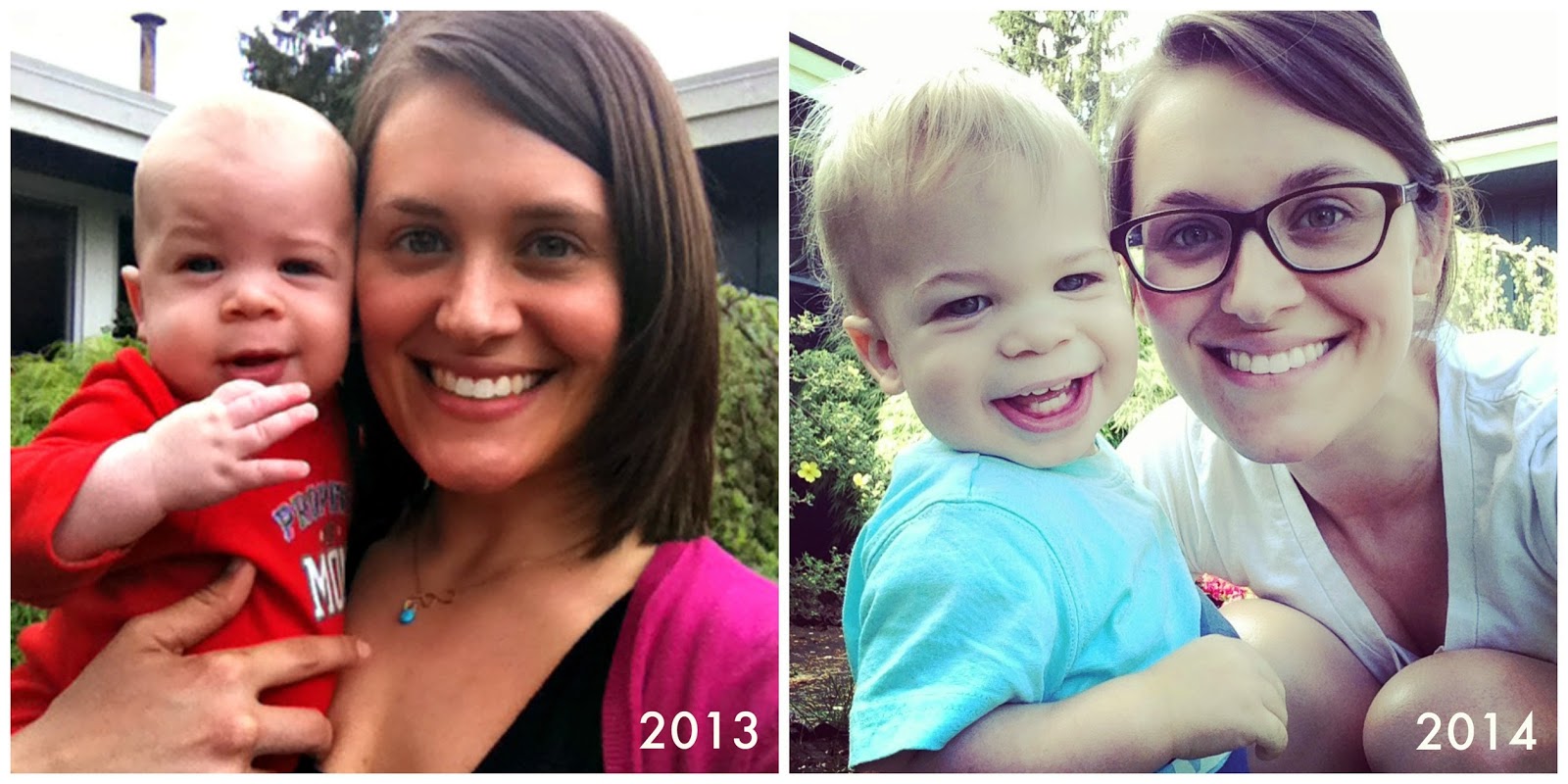