We celebrated Camden's second birthday party on Saturday morning.  As you might have imagined, it was totally Pinterest worthy, complete with a Thomas the Train Engine table cloth and balloons... And, that's about it.  Much like his First Birthday Party.

Per my usual style, I kept things simple.  We had some Thomas decorations and a brunch-like spread of food. 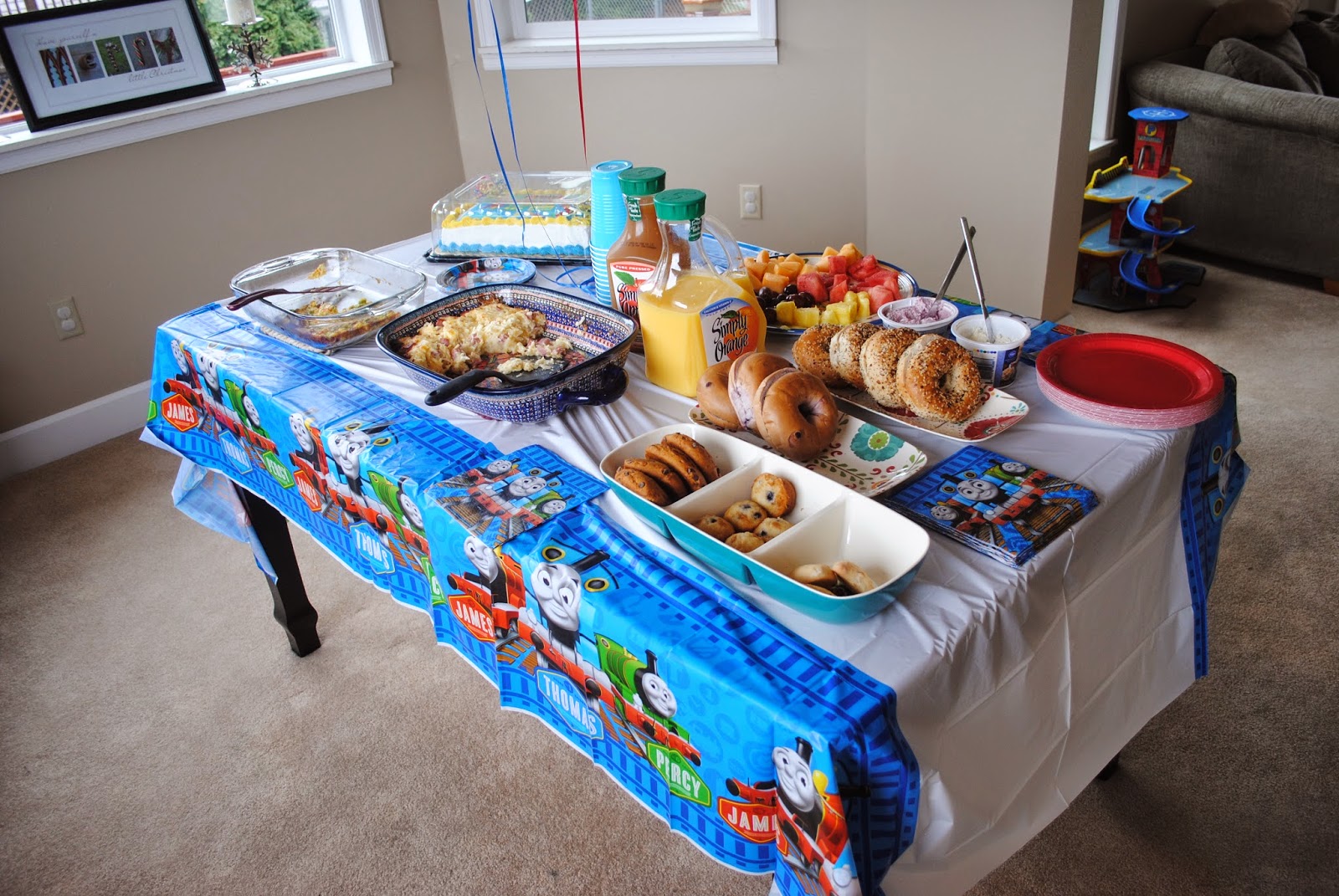 Because I know how much everyone loves to be at a two-year old's birthday party - we didn't dilly dally and got right down to food, gifts, and cake. 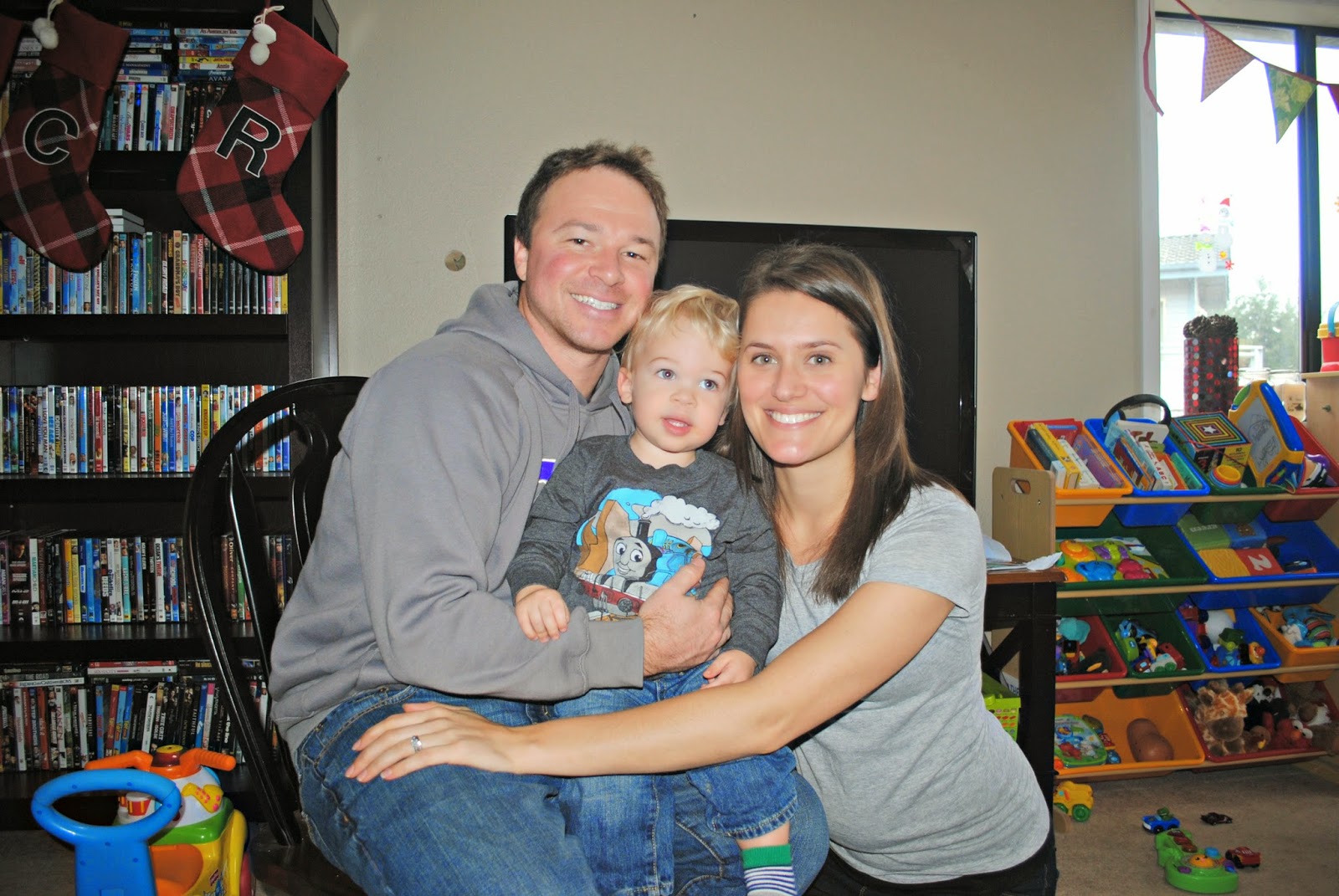 Cam got lots of wonderful gifts from family and friends, but his favorite was hands down, the balance bike and helmet he received from Grammy and Papa. 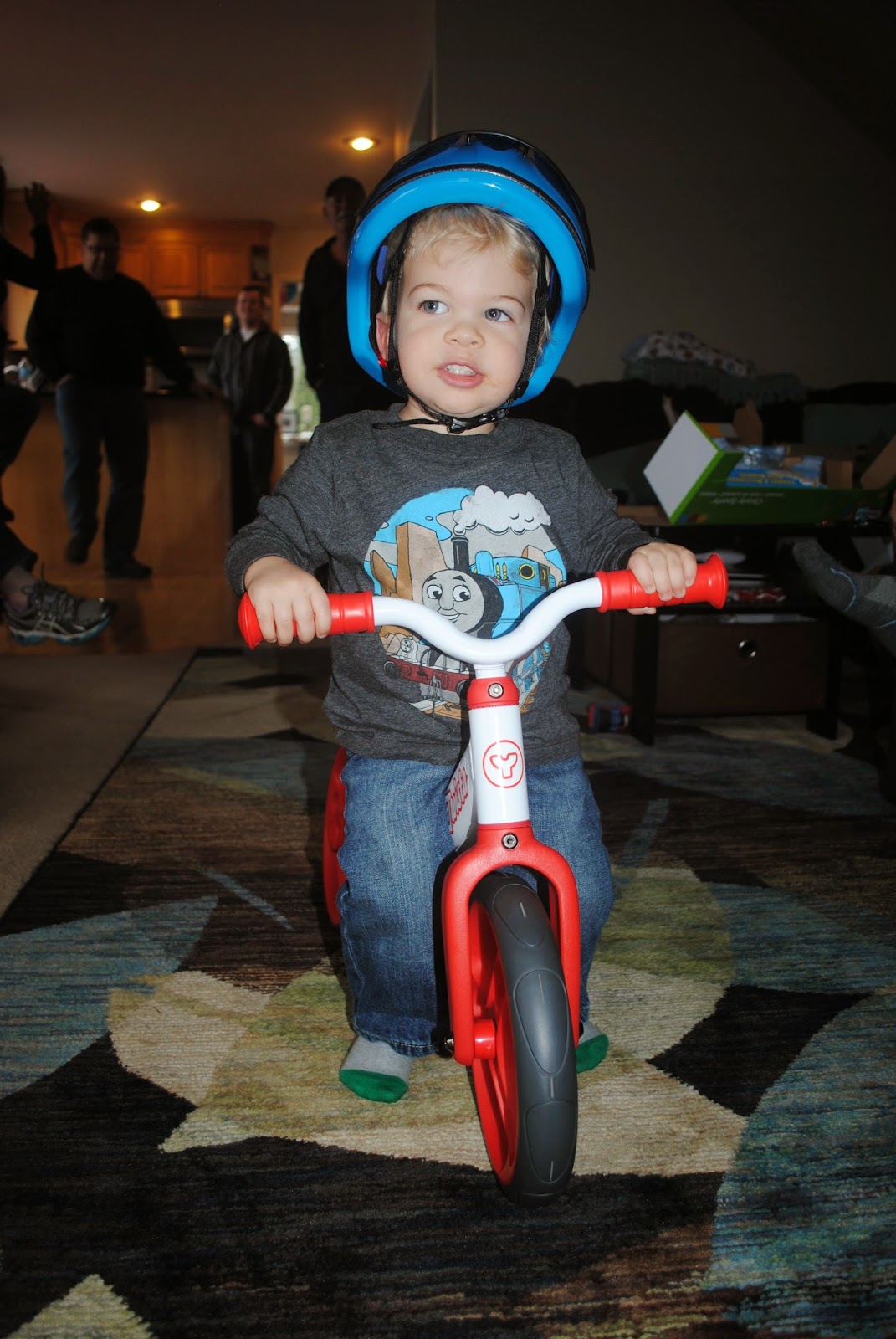 We've been practicing singing "Happy Birthday" for the past couple weeks, and his little face just lit up when everyone was singing to him. 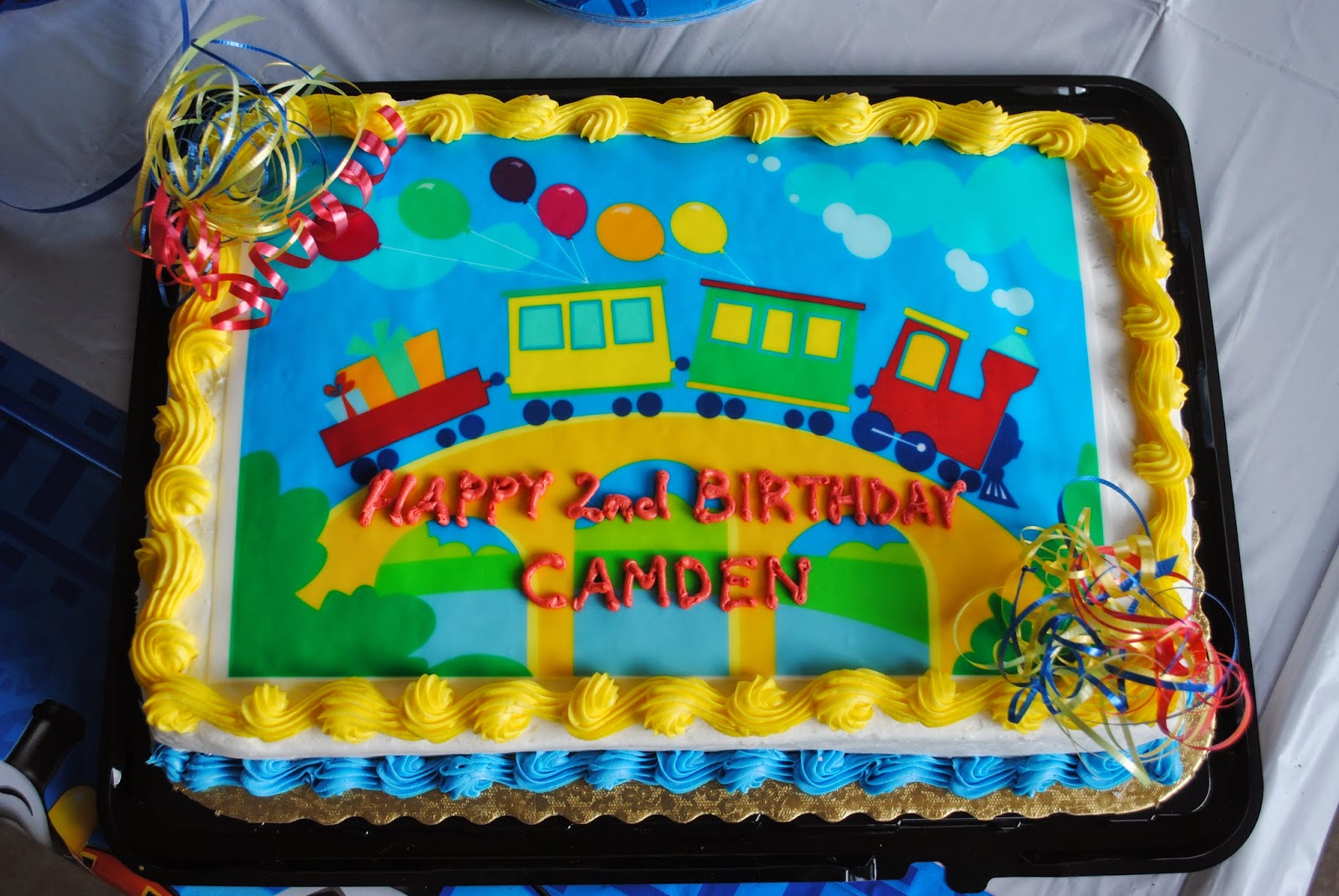 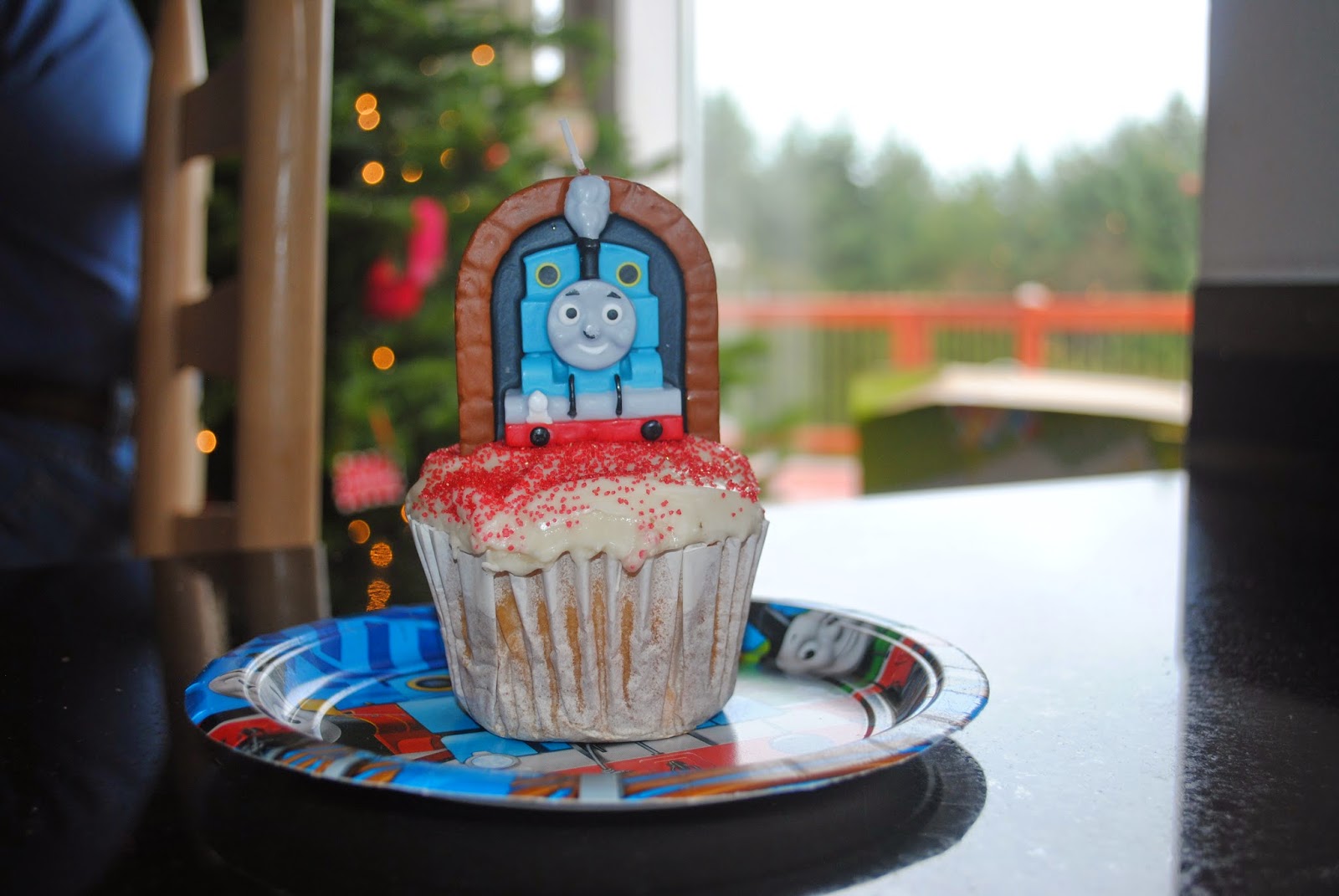 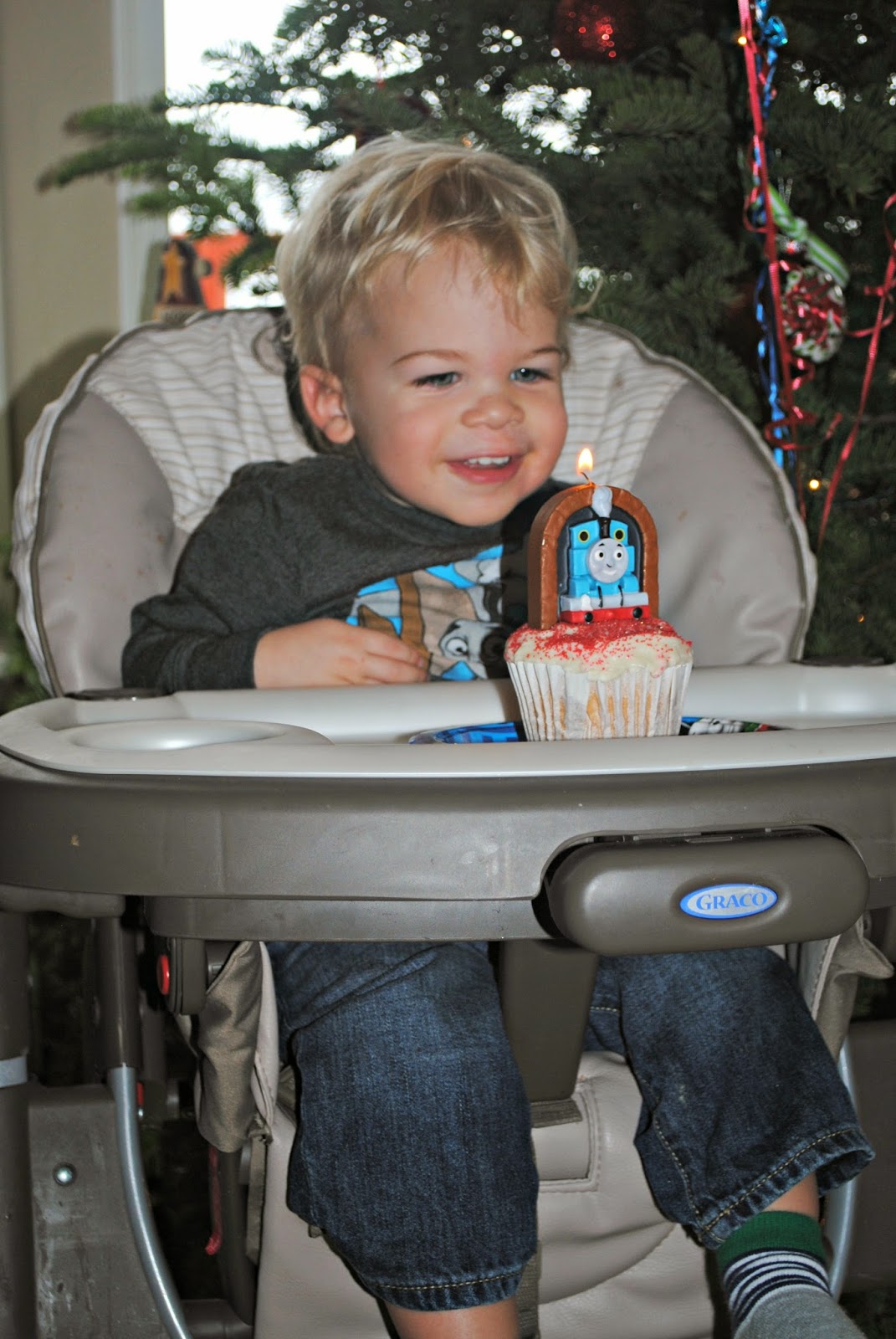 Swimming lessons and blowing bubbles in the water are totally paying off because he was even able to blow out the candle all by himself without getting too dangerously close to the flame.  Much like his first birthday party cupcake, he couldn't have cared less.  Why this child doesn't capitalize on his opportunities to eat super sugary treats is beyond me.

We wrapped things up (and took off his frosting-filled shirt) and he got to business playing with some of his other gifts - including this tee ball set from his dear old mommy and daddy.  He said his thank you's, gave his hugs goodbye, and then it was nap time.  For him and for me. 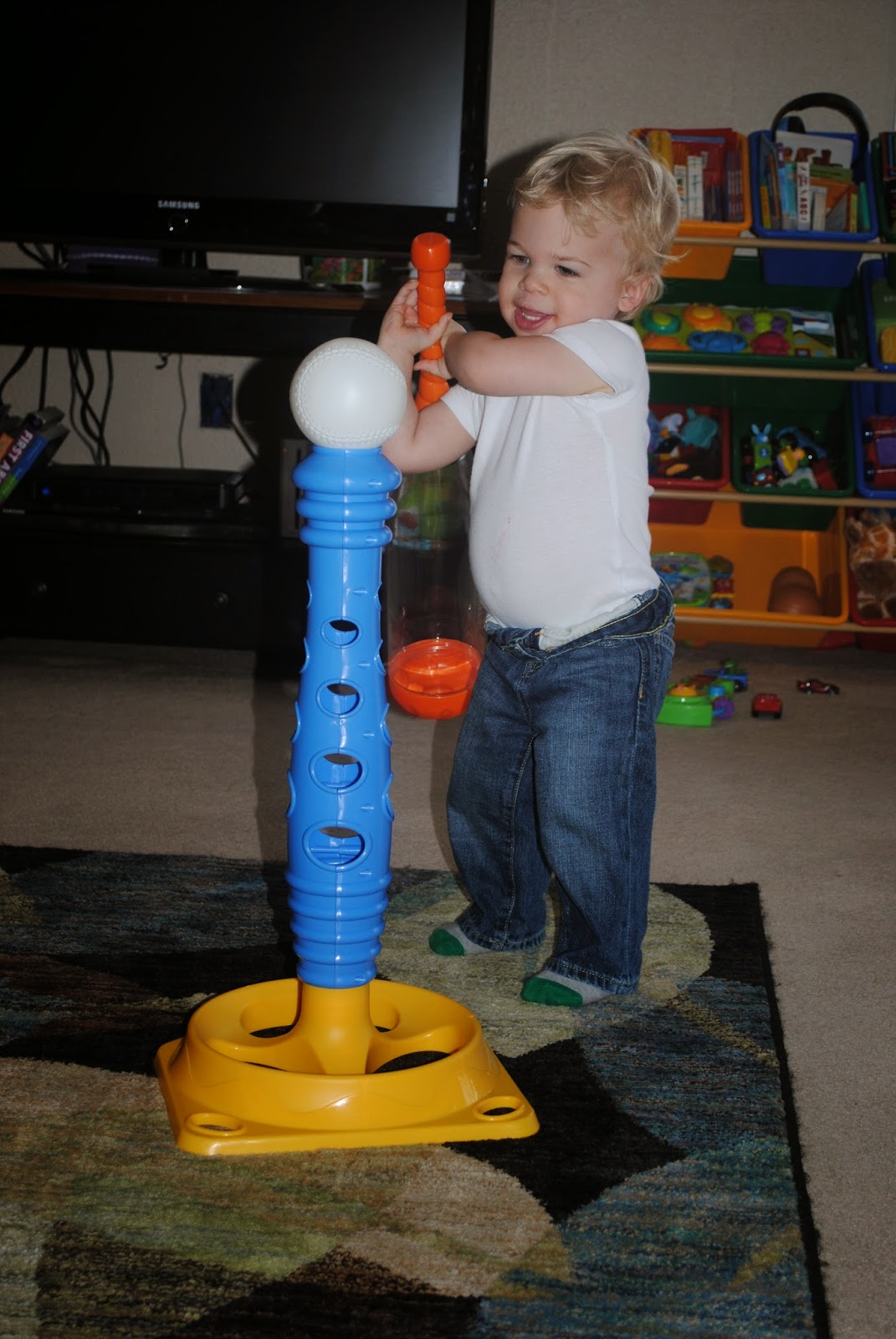 His actual birthday isn't until Thursday, so I'll save the hysterical dramatics about how I can't believe he's two and wah, wah, wah, until then.