It took Camden sprinting back and forth through the living room and kitchen about three times last night before I said to Ryan, "He's getting really antsy."

I suggested we take the little rugrat bowling.  So, we did.

The bowling alley was quite crowded and there weren't any kid's ramps available, so we took his little six pound bowling ball and found our lane.

Hammy caught on to the concept of bowling really fast, and only after a few frames in did he insist on carrying his own ball from the ball retriever to the top of the lane.  It also didn't take long for him to show us that he did not enjoy waiting for Ryan and I to bowl and for it to be his turn again.

After each roll (push of the ball) he would jump up and down, clapping for himself and run to either Ryan or me for a high five. 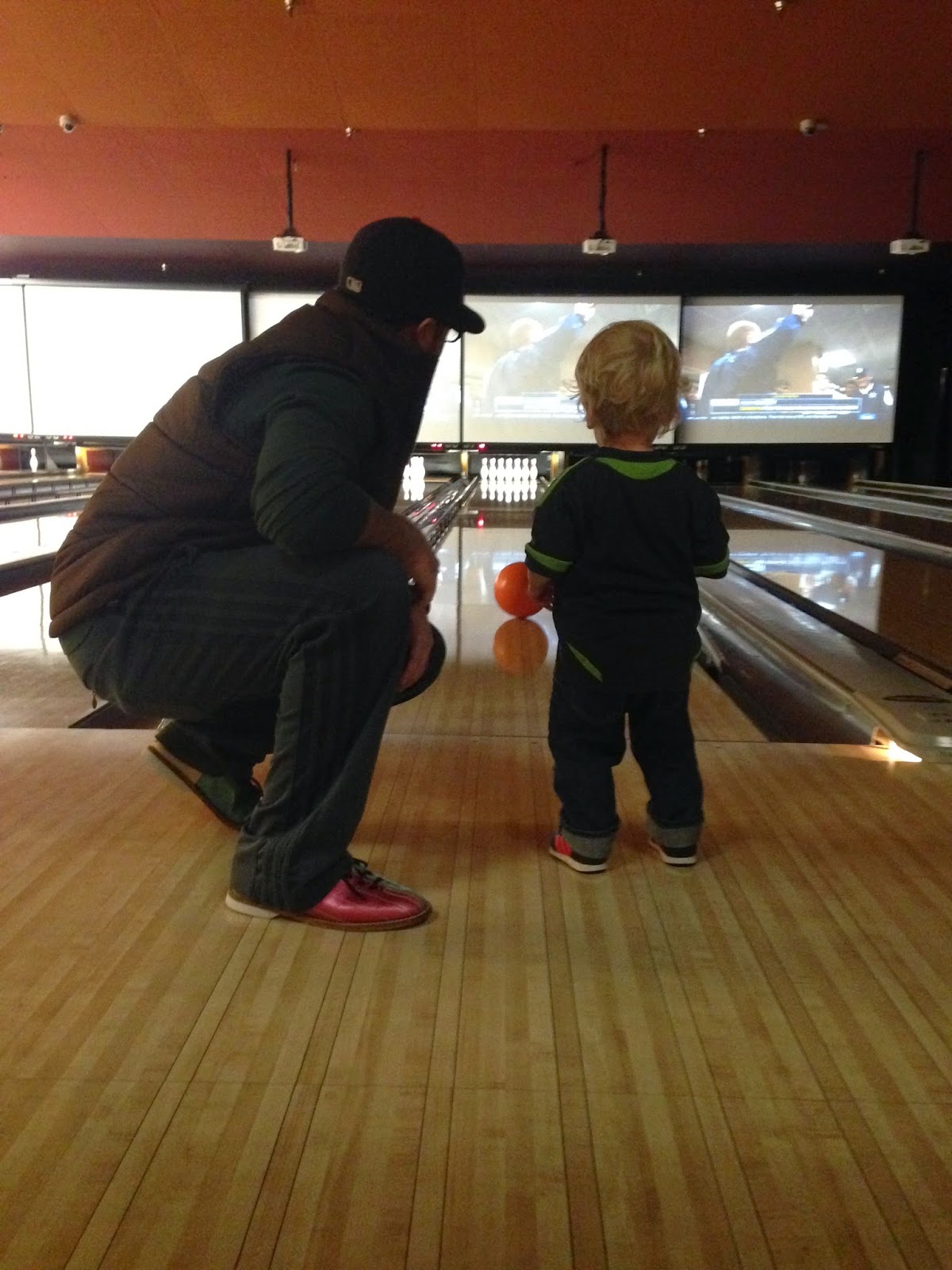 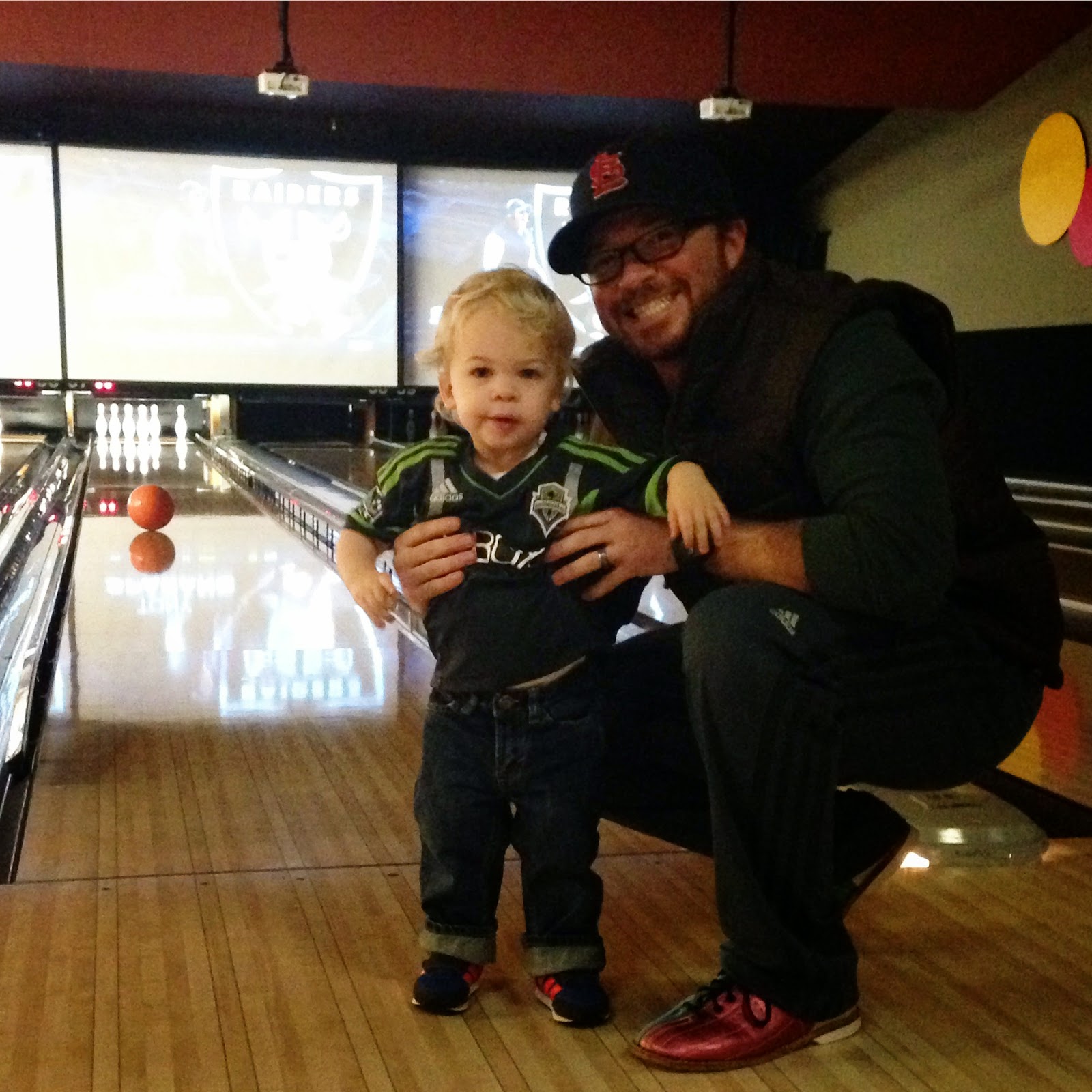 His first game he bowled an 83 and even threw a spare.  This was achieved, of course, with some help from the bumpers and Mommy and Daddy. 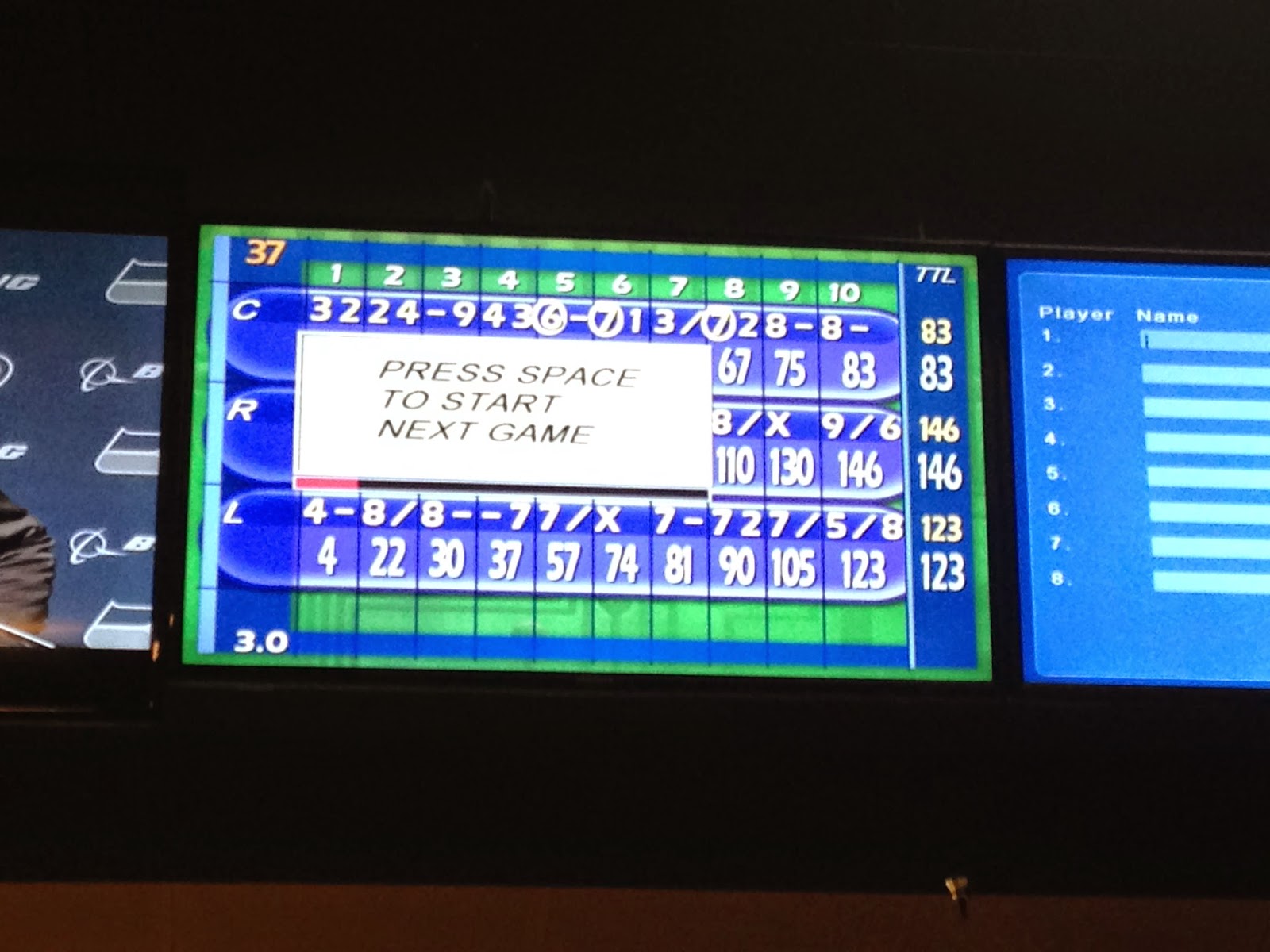 The family bowling next to us ended their game so we got to use a ramp about two frames into the second game.  It was also around this time that his patience between turns was really wearing thin.  So, I would bowl my first turn and then let him finish for me. 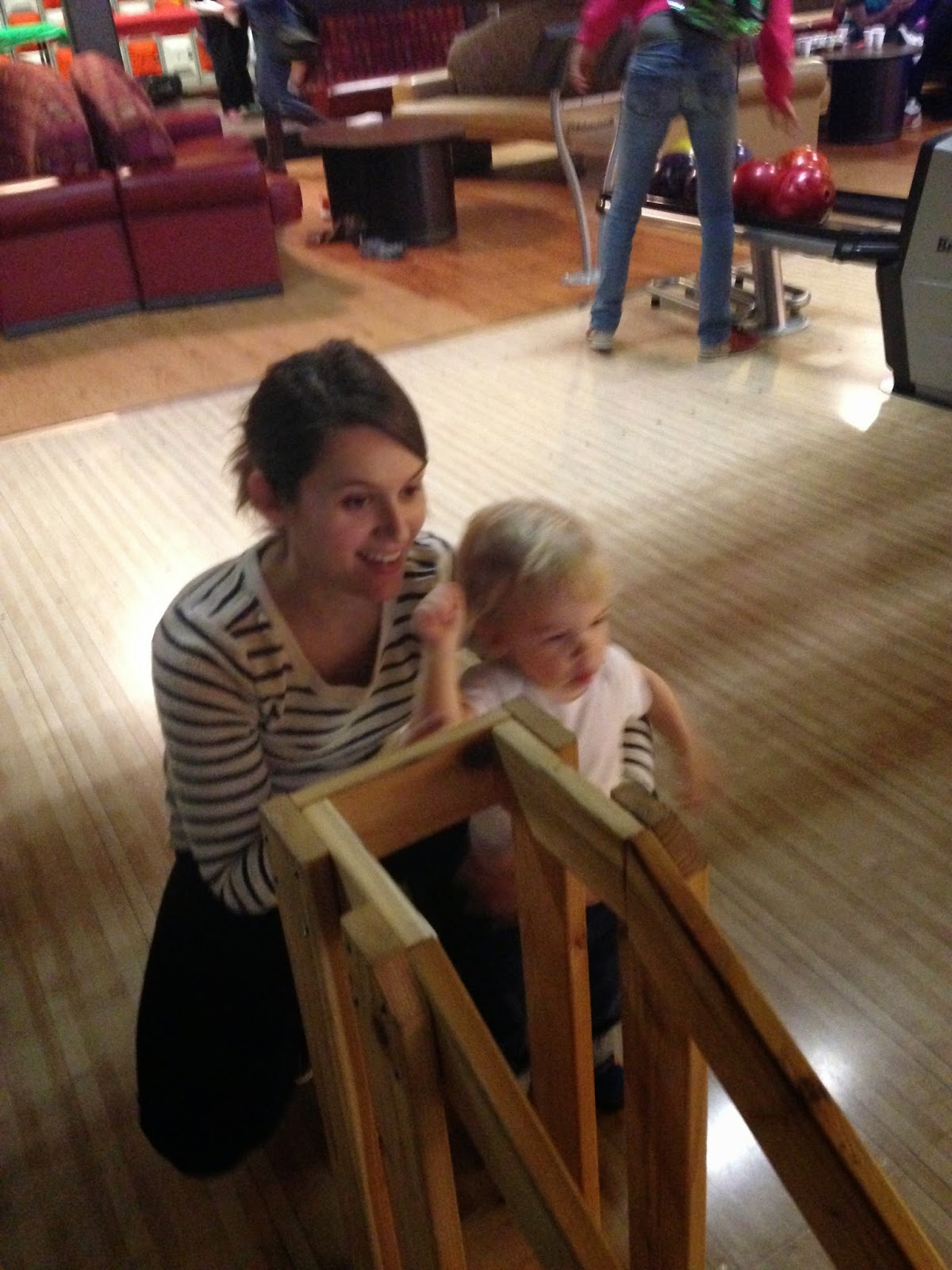 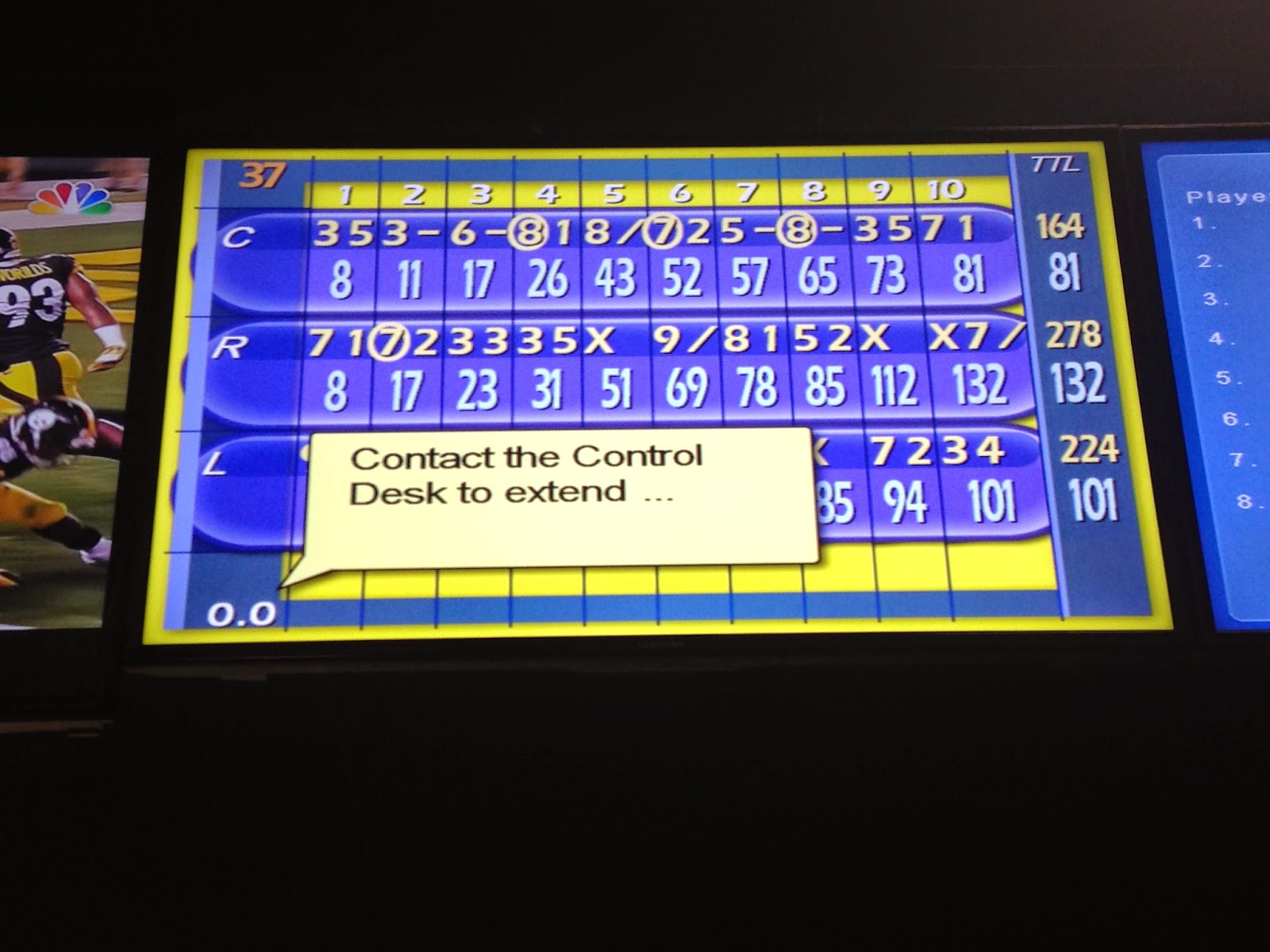 After two games and with a sweaty and hungry little boy on our hands, we felt it was time to call our successful bowling outing a night.

Someone didn't want to part with his "ow-ange" ball just yet. 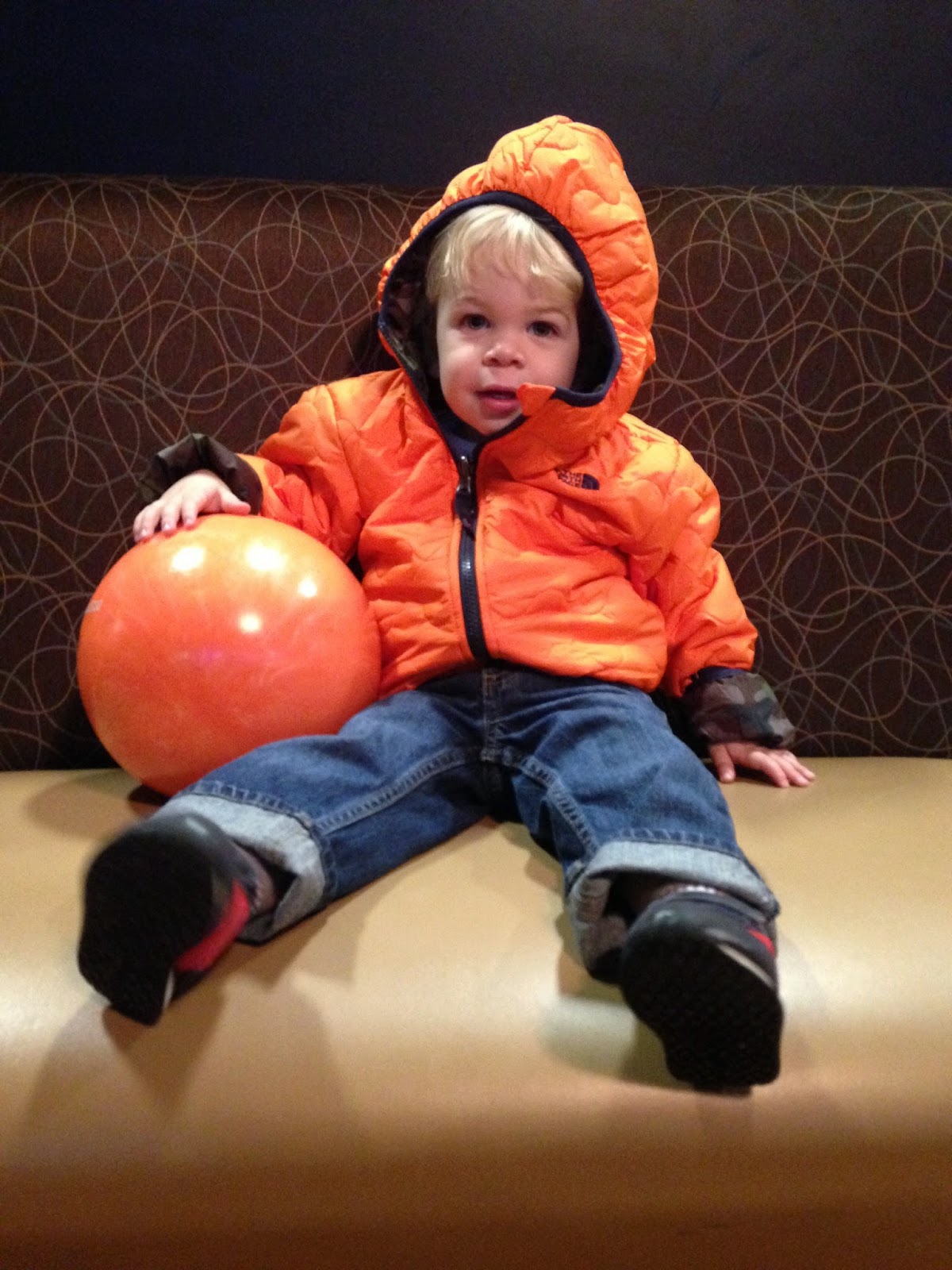