We celebrated Cam's first birthday with a family party on Sunday.

I had initially wanted to throw an elaborate, themed party, but then I came to my senses and said, "to hell with that."  Of course, it's not stupid to have a big, themed, birthday party.  But knowing myself, and especially with his birthday being around the holidays, I knew I didn't need to be putting any "unnecessary extras" on the 'ol plate.

My goal was to be quick and efficient, because really, who wants to be at a one-year old's birthday party?

Decorations were limited, but food and enjoyment were not (or at least I hope not!). 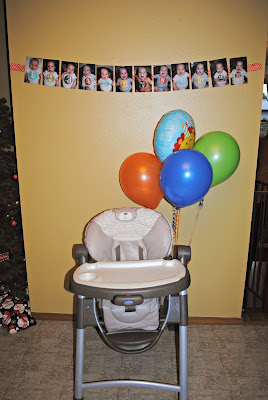 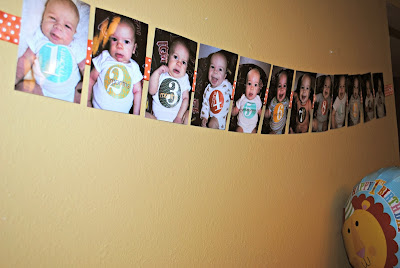 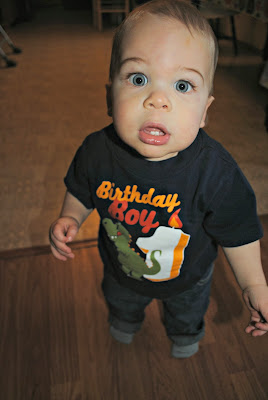 We got right down to business opening gifts.  Camden was completely not interested in this little ritual, so lucky for him, his cousins Kennedy and Riley were HAPPY to step up and help out. 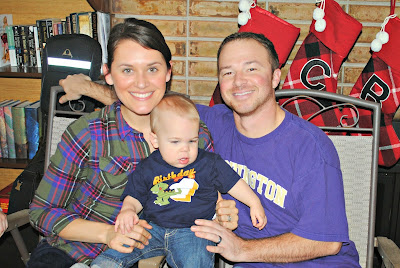 After gifts, it was time for cake.  My mom made him a cupcake for his "smash cake" and I ordered a big sheet cake from Costco. (Side note: totally unplanned but both his shirt and cake have a dinosaur on it... So in your face, Pinterest.) 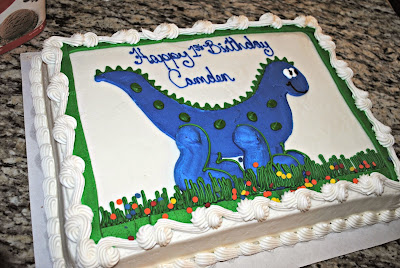 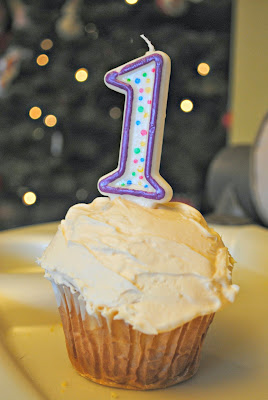 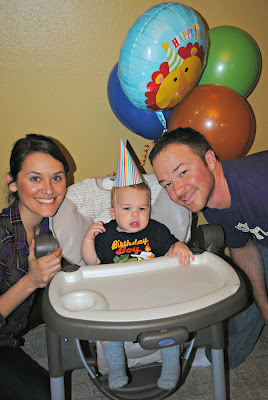 Camden is a really messy eater, so I thought he would just LOVE getting messy with his little personal cupcake.

Wrong.  See the cake evolution for yourself. 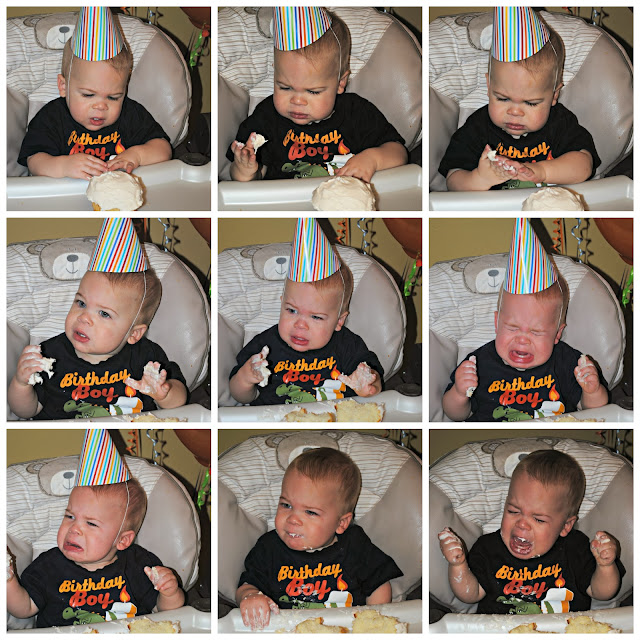 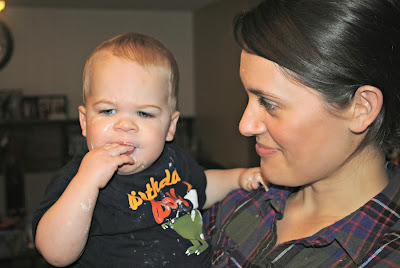 Mmmmm.  Sugar.  Maybe this isn't so bad, after all? 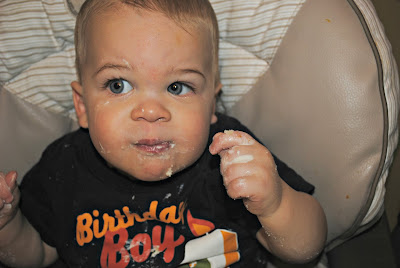 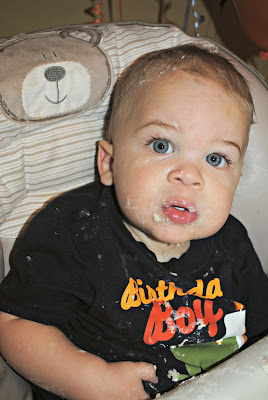 He didn't eat much of his special treat, but he ate enough to get a little messy.

It then became painfully obvious that he was DONE being the center of attention and ready for his afternoon nap.  Funny, because he fought the nap like it was his J-O-B, only slept for 40 minutes, demanded to be retrieved from his crib even though he was CLEARLY not ready to be awake, and overall gave us a SUPER fun evening.

Take Luck,
LP
Posted by Lauren Peters Blog at 10:35 AM