This past weekend, Ryan and I decided to hop on a little 747 and head to St. Louis for Clare Bear's wedding.  Just kidding.  This certainly wasn't a spontaneous decision.  Back in March I had a post titled Countdowns that was counting down (imagine that!) to some really exciting things that we had (and still have) coming up this spring and summer.  One of those exciting things was my college teammate Clare's wedding.  What I failed to mention was that we would be attending said wedding.  I have no idea whether Ryan's Mom reads this blog, and we were scheming to surprise his parents with a visit so I had to be a little vague with the details.  Anyway, so away we flew on Friday morning to St. Louis.  I will do a separate post on "the plan" and the sneakiness that was pulled off by Ryan and I, and his sister Cara.

Saturday morning came and I headed south to Carbondale, where I went to college at Southern Illinois University.  Even though it was a two-hour drive, I was looking forward to seeing the faces of some of my favorite gals - Tiff, Becky and Chelsea.  We met at the best pizza place in town, and a staple in my college diet, Quatros.  Next up, Saluki Softball  - where I spent practically every moment I was not in class.  It was Senior Weekend and the girls were facing Drake.  Three players that were little baby freshman when Tiff, Beck, Chels and I were seniors, are now seniors themselves.  Did that make me feel old, or what?  It was great to see those three girls move into leadership roles and get to move onto the next part of their lives.  The outcome wasn't what the doggies wanted, but it was great to be back to where I spent so much of my time and support those three seniors for a game. 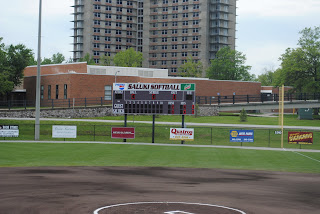 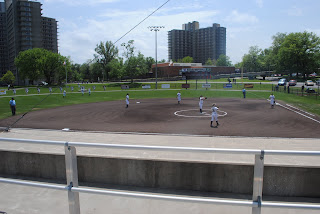 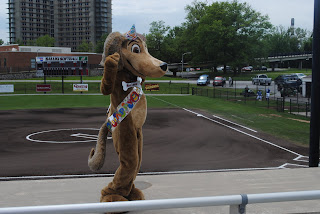 (Apparently it was Brown Dog's birthday??) 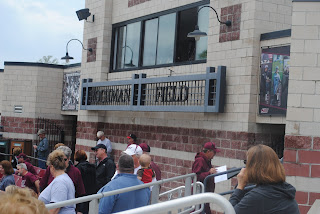 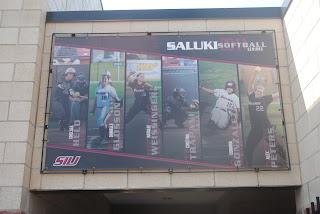 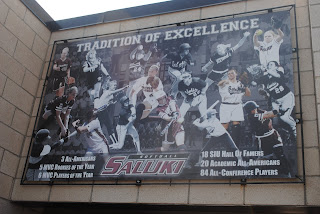 You can't really see but I am smack-dab in the middle!  Whoop whoop!

Next up, Clare Bear's wedding.  I headed back down south to Murphysboro with the ladies to Lake Murphysboro State Park.  With all the rain and flooding in Southern Illinois, it was almost unbelievable that the wedding site wasn't under water.  The ground was semi-mooshy so ladies that wore pointed heels were in a lot of trouble. 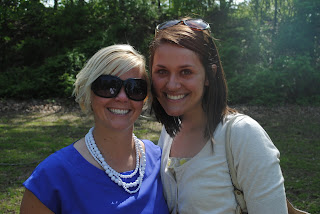 Me and Beck before the wedding 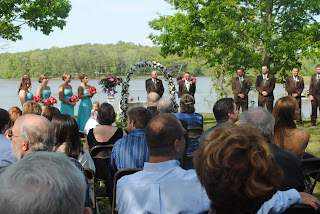 The wedding party waiting for Clare
(I'm semi-slow and had my camera on the wrong setting so the rest of the pictures I took at the wedding are terrible.)

The reception was a lot of fun, and I got to talk to several other girls that I played college ball with.  One is a Mommy to the cutest little girl, Carleigh (who is by far the tallest 1+ year old I have ever seen), and the other just found out she is pregnant.  Yahoo for Saluki babies!!! 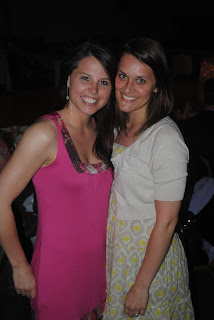 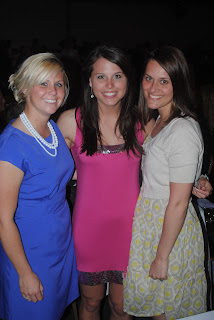 Beck, Tiff and me 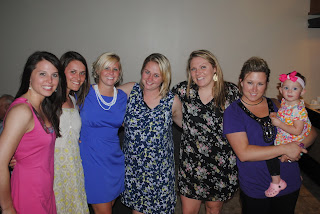 The softball ladies and Carleigh (minus the bride) 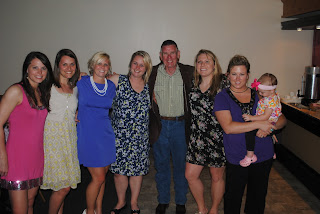 The softball gals again, with Skip.  Does Skip look like the luckiest guy in the world right now, or what? 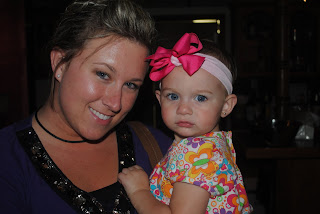 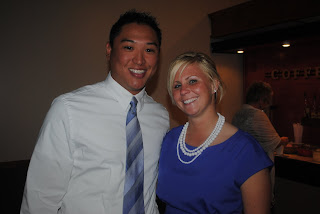 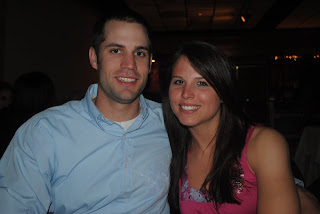 Tiffer and Ryan (who come to Washington in 100 days!) 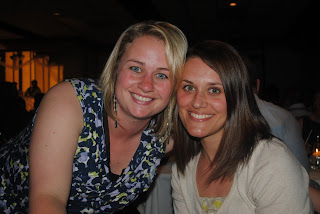 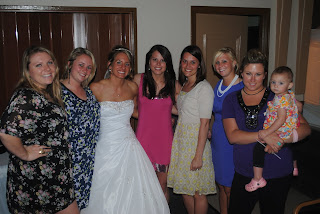 Finally get some picture time with the B-E-A-UUUTIFUL bride! 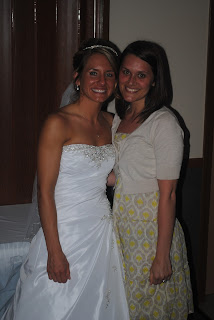 She looked so gorgeous!!

My bestie Tiff wrote a post on her blog reflecting on our time in Carbondale, and how it isn't the same going back there now that we are three years out.  I would have to agree.  It isn't the same, and I like it that way.  We aren't poor college students living in crappy apartments, devoting every waking moment to softball.  Don't get me wrong, I certainly miss having my biggest stress be studying for an Econ test, my job being softball, Thursday being Grey's Anatomy nights at Tiff and Chelsea's apartment, and long Cavello bus rides through the Midwest.  But I am happy to say we own a home, have promising careers, get to drive my Forrester to work, am still studying, and still watch Grey's on Thursday nights.  I love that I can be away from my best friends for months (Beck) or even years (Tiff and Chels) and when we come back together its like nothing has changed and no time has passed.  Obviously we are a little older, a little wiser (hopefully), and now married with jobs/careers, but we still love and care about each other like we did before.  I wouldn't trade my college experience for anything.  Without it I wouldn't have met these girls and created these bonds of friendship, and if I think about it - I wouldn't have met Ryan either.

Looking forward to sharing more about our sneaky surprise and pictures from Mother's Day with Ryan's family!!