It's official.  My baby sister, Rachel is a college graduate. 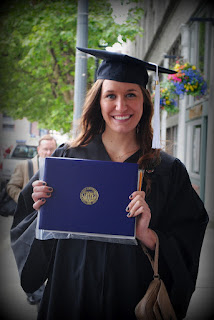 Last Saturday was the big show.  The University of Washington's 2012 Commencement ceremony was being held at Century Link Stadium since Husky Football Stadium is undergoing renovations. 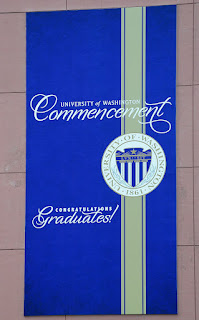 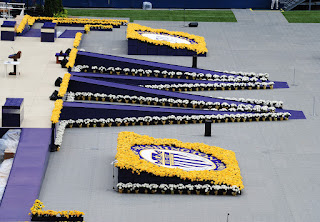 This renovation actually made it more convenient for us because all we had to do was walk-on the ferry, walk off, and hop down a few blocks to Century Link.

The ceremony was long.  And solidified my almost-definite decision to not walk in my Graduate School graduation next May.  UW was honoring all graduates from 2012 - including Doctoral/PhD students, Graduate students, and Undergraduates.

I think the longest part of the ceremony (at least for me) was waiting for the graduates to get to their seats.  Ryan and Spencer may disagree with me, as I think they found the whole thing semi-torturous.  They were promised beer afterwards so they just kept their eyes on the prize. 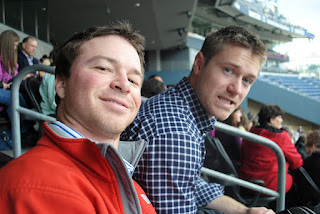 We were momentarily entertained by a woman sporting some wild (and I mean wild) hair.  Perhaps she was channeling her inner Katy Perry? 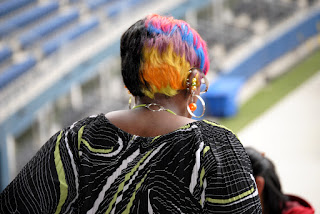 Rachel called Spencer when she got seated and was trying desperately to explain to him where she was.  It didn't work, but I got a kick out of listening to him continually asking, "Are you.....?" and describing various landmarks of the stadium.  Then my dear mother was waving proudly to the sea of graduates, making me think she saw Rachel, when really she didn't.

Thankfully, we finally spotted her when she was standing and walking toward the stage. 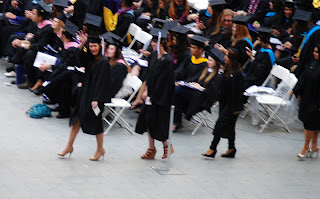 It's blurry but there she is on far left - waving to her fan club.

I have no idea how this happened but I managed to catch her pretty face on the big screen.  It was there for literally one second, and I just so happened to click my camera button at that particular moment. 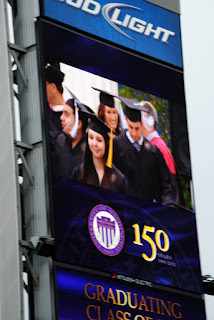 We celebrated afterwards with dinner at Ivar's. 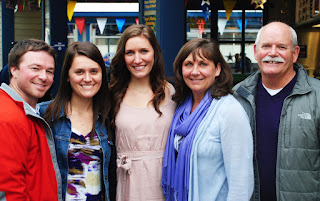 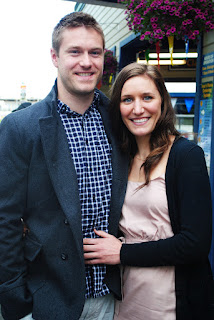 We are so proud of her.  Rachel graduated with a double major in Public Health and Medical Anthropology and only a few days after graduation - left on a week long Global Public Health Brigade trip to Honduras.  While there she will be working alongside families in a rural community to improve home infrastructures with the implementation of eco-stoves, latrines, water-storage units, and concrete floors, while also introducing basic public health education in efforts to decrease the contraction of a number of life threatening illnesses.

So, I'd say we have a reason to be proud of our little Rachy.  She's beautiful, smart, fun, talented, and kind.  I could go on and on about her qualities, but I won't.  'Cuz I would probably start to cry a little.

Congratulations, Rachel Marie.  We are all so proud of you and cannot wait to see what the future holds for you.

Take Luck,
LP
Posted by Lauren Peters Blog at 7:00 AM