Back in August I had an idea for taking Camden to his first baseball game.  I knew I wanted to do a day game and due to our travel schedule and commitments, the only day game left was the Mariner's last game of the season.

We told Cam about it and when he would ask when we were going to the baseball game, our answer was always "October, buddy."

Well, October 4th came and this little guy was excited.  And newly obsessed with his tongue. 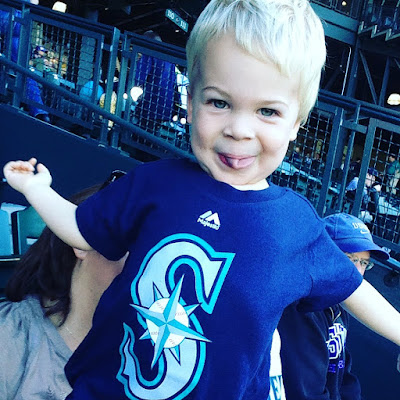 I had no idea how long he would last because he's quite the busy child and the first pitch was scheduled for 12:10pm (aka nap time).  Thankfully, we were on the main level and only a few rows up from right field so he could see everything.  He was in awe.  And it helped that whenever an adult got up to use the bathroom - Cammy tagged along to stretch his legs and distract himself from being tired.

Of course, Zo Zo was there too and (hallelujah) didn't make a peep the whole time.  She was happy to eat, sleep, or watch the game. 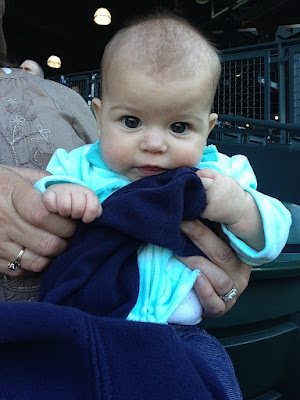 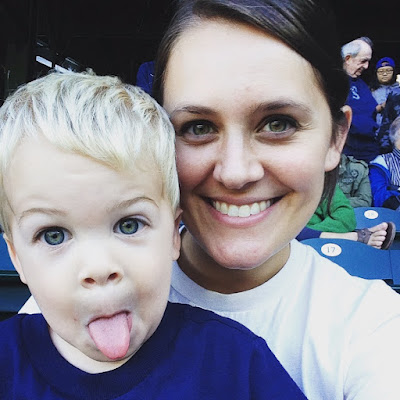 Again with the tongue!

There is a Seattle Children's Hospital-sponsored playground at the ball field, but being that this game was "Kid's Appreciation Day," you can imagine how crowded it was.  It was so crowded that you had to schedule a time to play.  Yeah, sorry buddy.

Instead we walked around a bit and got our picture taken with the Dave Niehaus (Mariner's announcer from 1977 - 2010) statue. 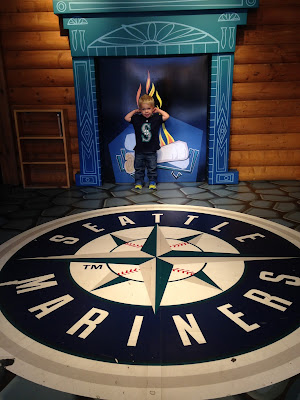 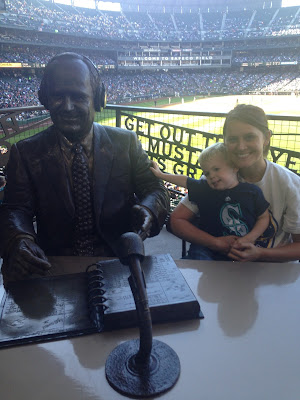 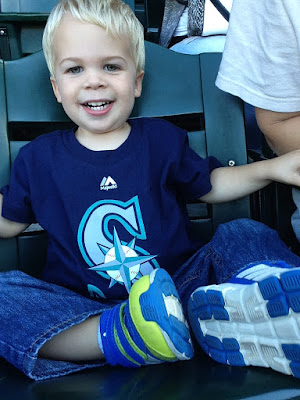 One of Cam's favorite songs is "the baseball song" (Take Me Out to the Ballgame) so my goal was to make it to the seventh inning stretch so we could sing it loud and proud.  The look on his face when the song started playing was hysterical and full of confusion.  It was like "whyyyyy are all these people singing my song?"

I took a video of it but you can hear me singing horribly off-key (as if there was any other key for me to sing in?) so I will absolutely spare you.  He sang off and on (again, because he was distracted by all the other people singing) but gave me a big and enthusiastic "... at the old ballgame."

We wanted to catch the 3:00 ferry so we fled the stadium and walked briskly to the ferry terminal.

The poor kid was falling asleep in his carseat on the way home but it was after 4:15 and I wanted him to stay awake so he could have an early bedtime, so every time he would start to nod off I would wake him up.  I'm so mean, but seriously - early bedtime.

It was a great experience and I hope to get him to more than one game next year.  And the Mariner's won!!  How about that?  Such good luck charms, we are.