I'm pretty sure I don't have a single picture from last Easter.  Camden was five months old and I remember that it was a glorious 70 degrees outside and that Camden was non too thrilled with the temperature or any clothing that I put on him.  Maybe that's why there is no photo evidence?

Even though I know it's silly, I was excited about my first year of getting to play the Easter Bunny and putting together a basket for Cam.  I knew that he would probably care less about what was inside, but it's a tradition that I was excited to start.

In his basket was some spring clothes, two books, a sippy cup, and a bubble machine.

We had a gloriously lazy morning.  Well, I should say that I tried to be lazy and Camden was determined to get into ev-ery-thing.  He may have been clueless regarding the Easter Bunny.  But he was sure emulating another bunny... The Energizer Bunny.  Ryan was trying to sleep and after the tenth time of chasing a da-da-da-da-ing Camden away from the bedroom - I resulted to using Toy Story 3 as a way to keep him still and quiet.  It didn't work.

Our jammies finally came off and we put on our Easter Sunday best and I forced both my boys out into the front yard for Cam's first Easter egg hunt.  Also known as several plastic eggs that were randomly thrown in the grass. 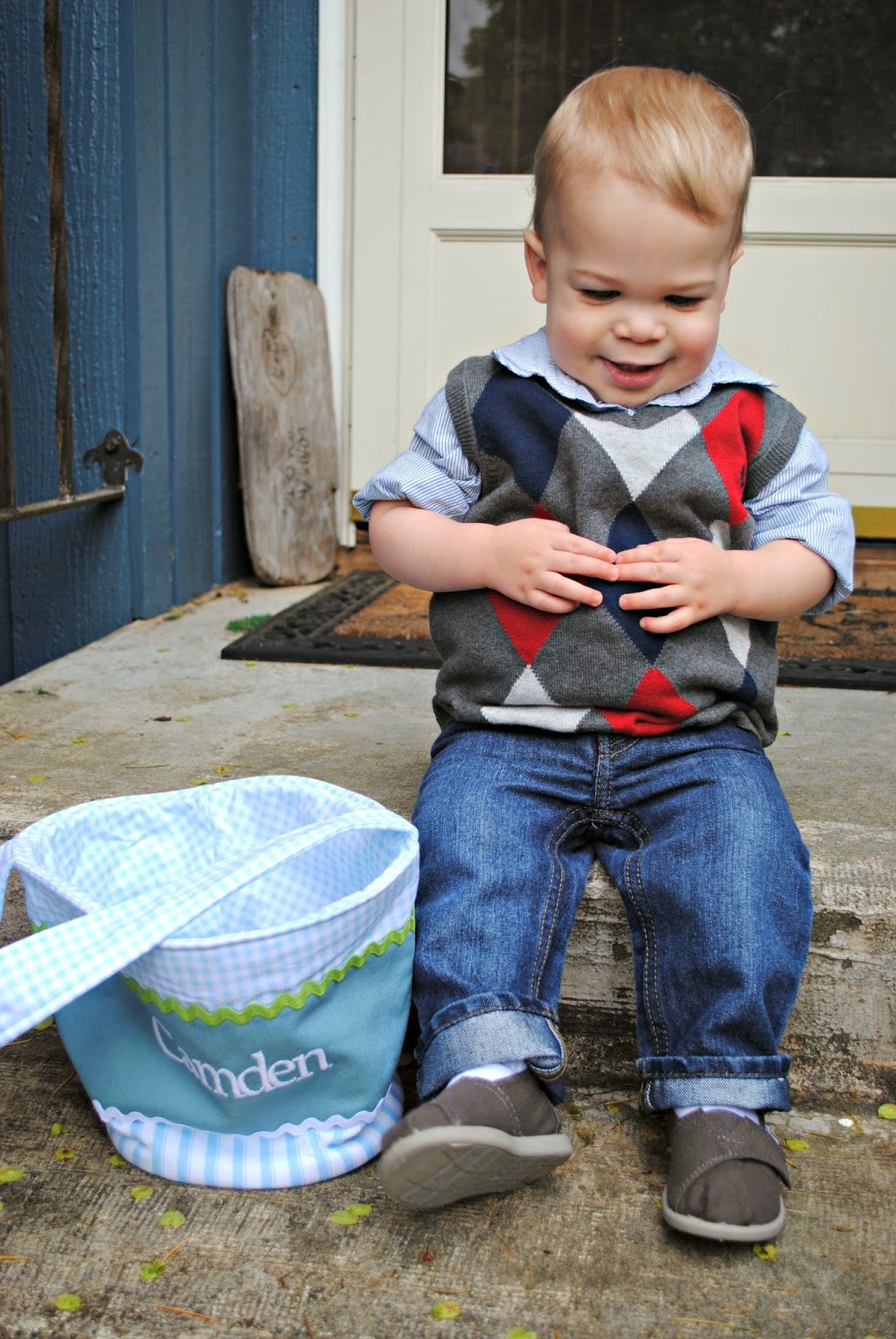 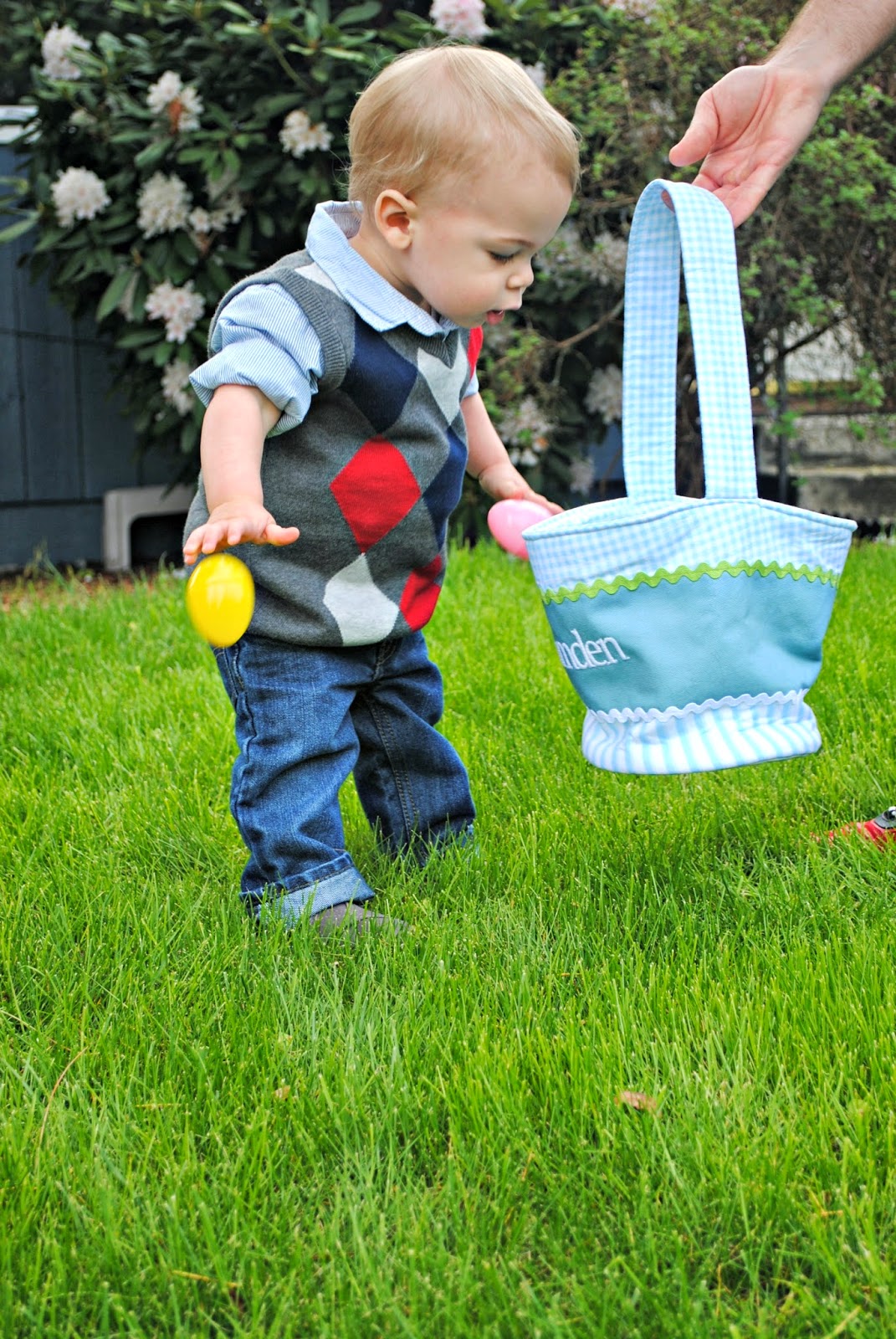 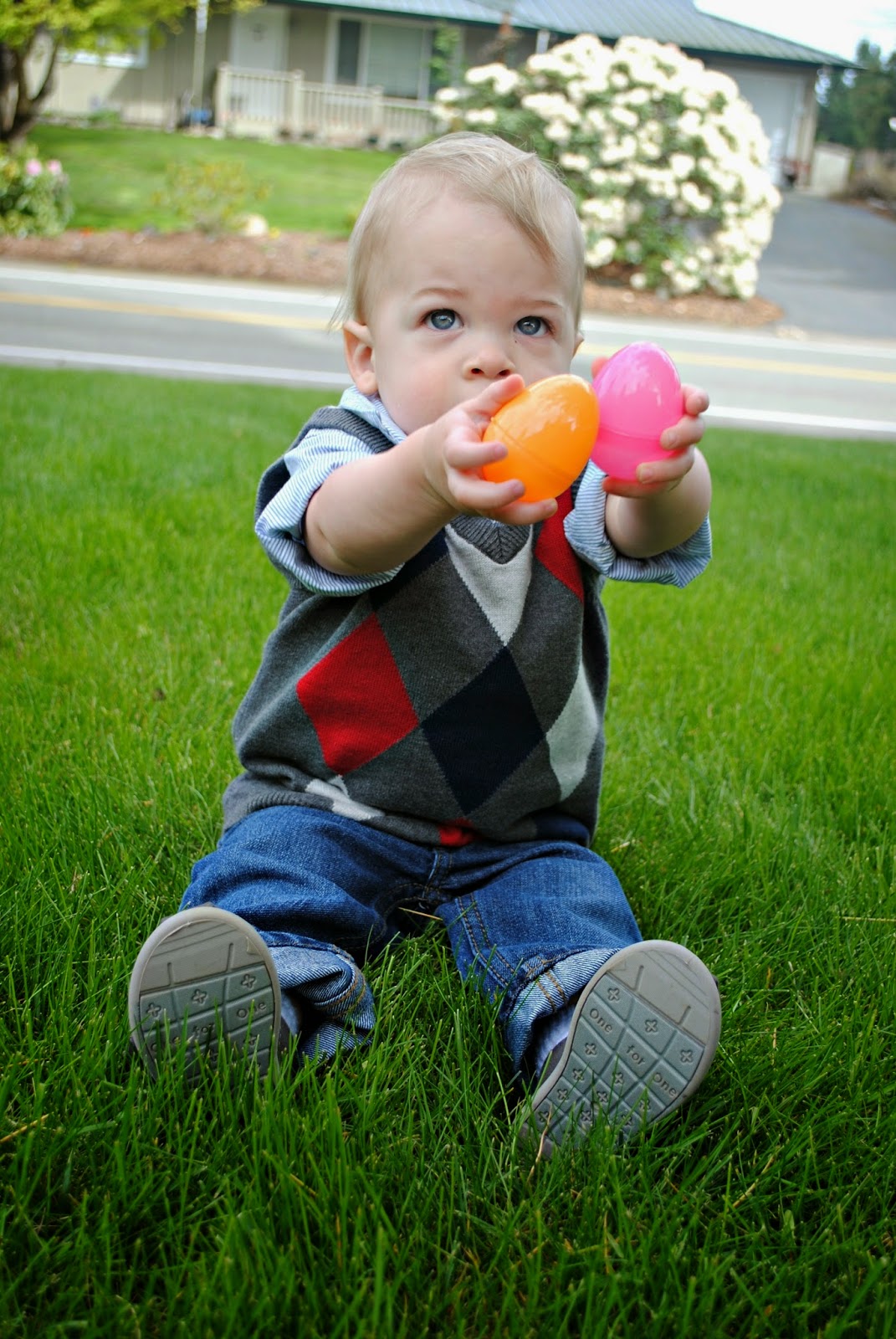 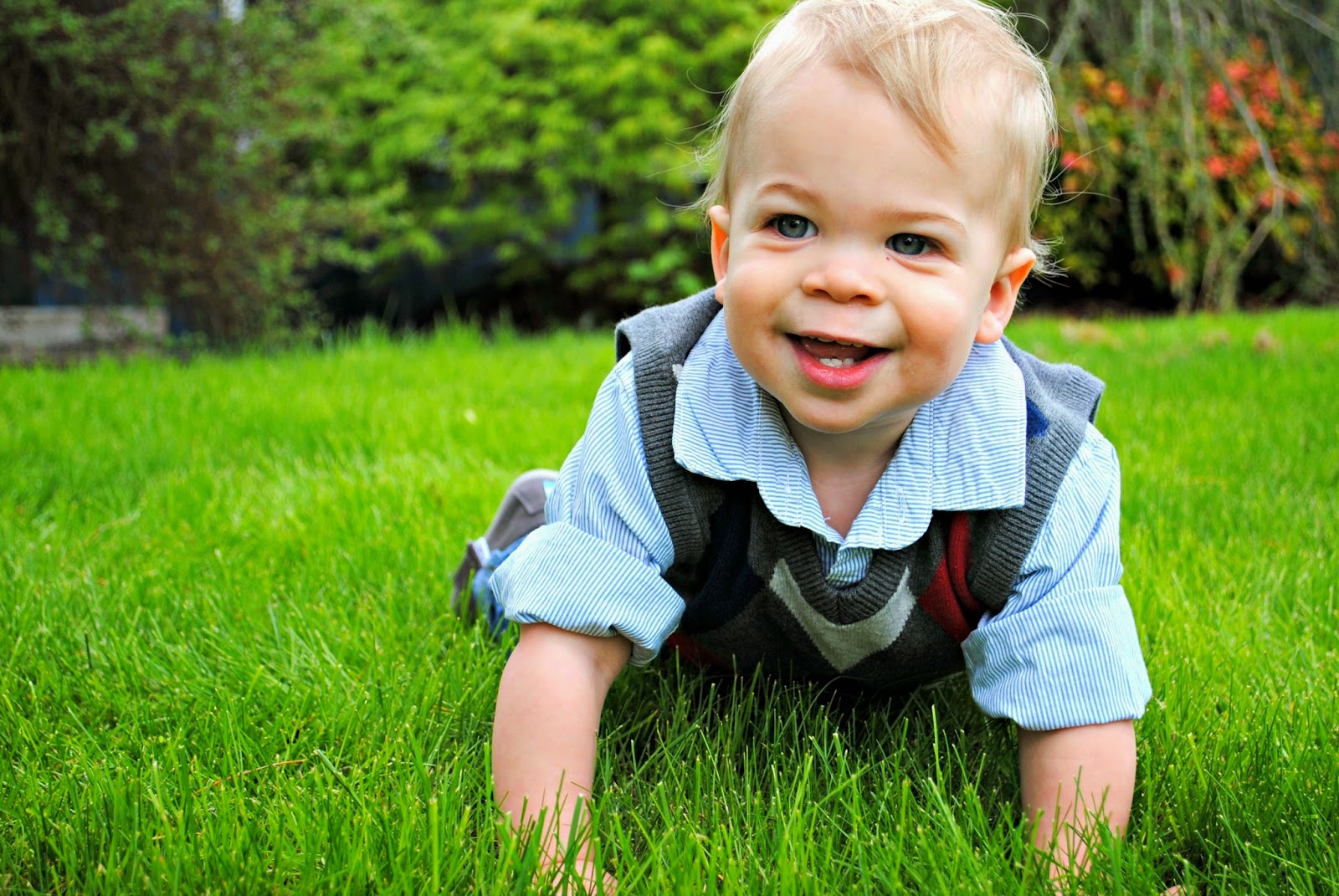 Maybe next year he will understand the egg hunt concept?  I'll stay hopeful.

We went over to my parents for a yummy dinner (although I was shocked when Cam wasn't a fan) and documented our second family Easter. 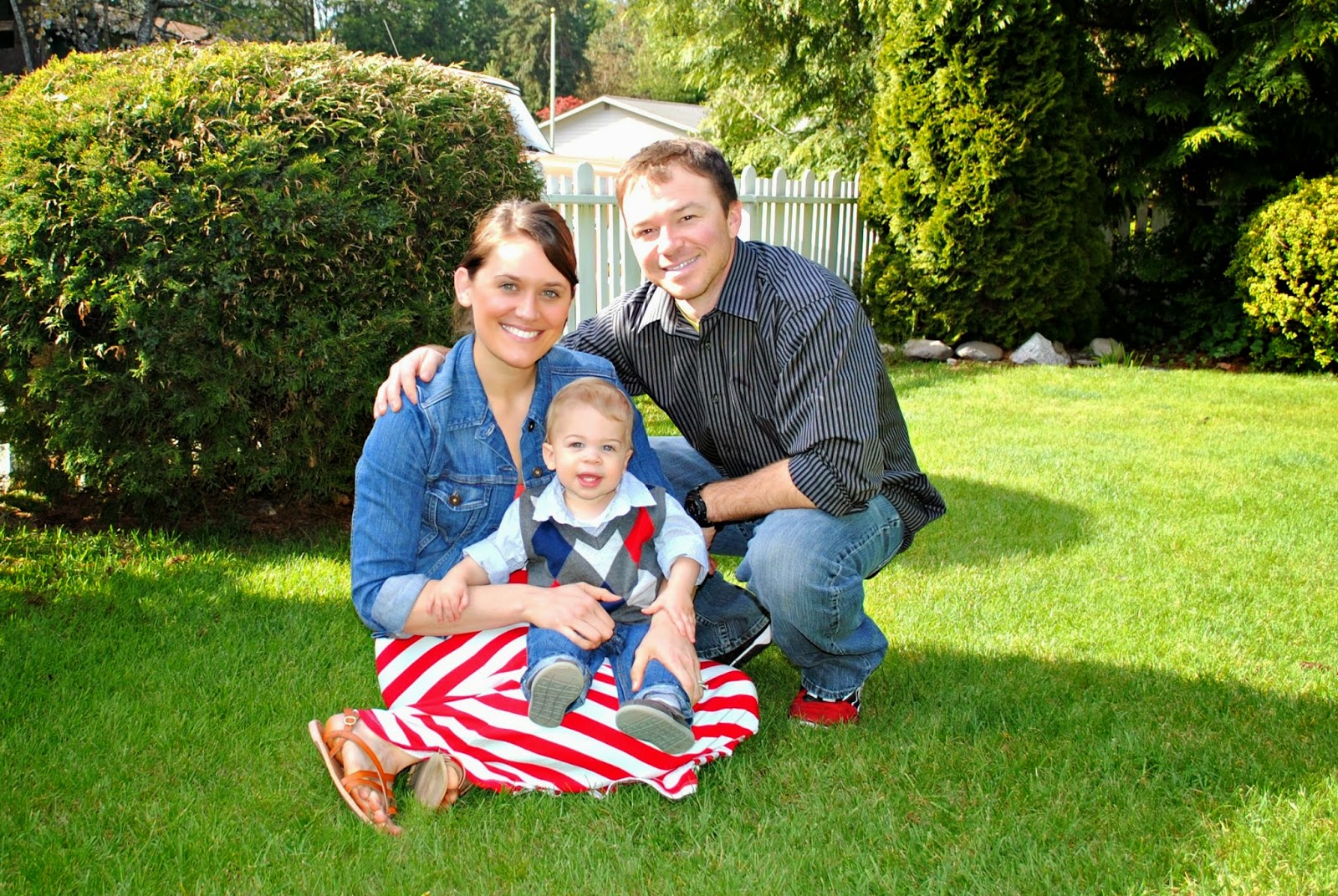 And of course, my Hammy Cammy continued to live up to his name with the "bend and kiss." 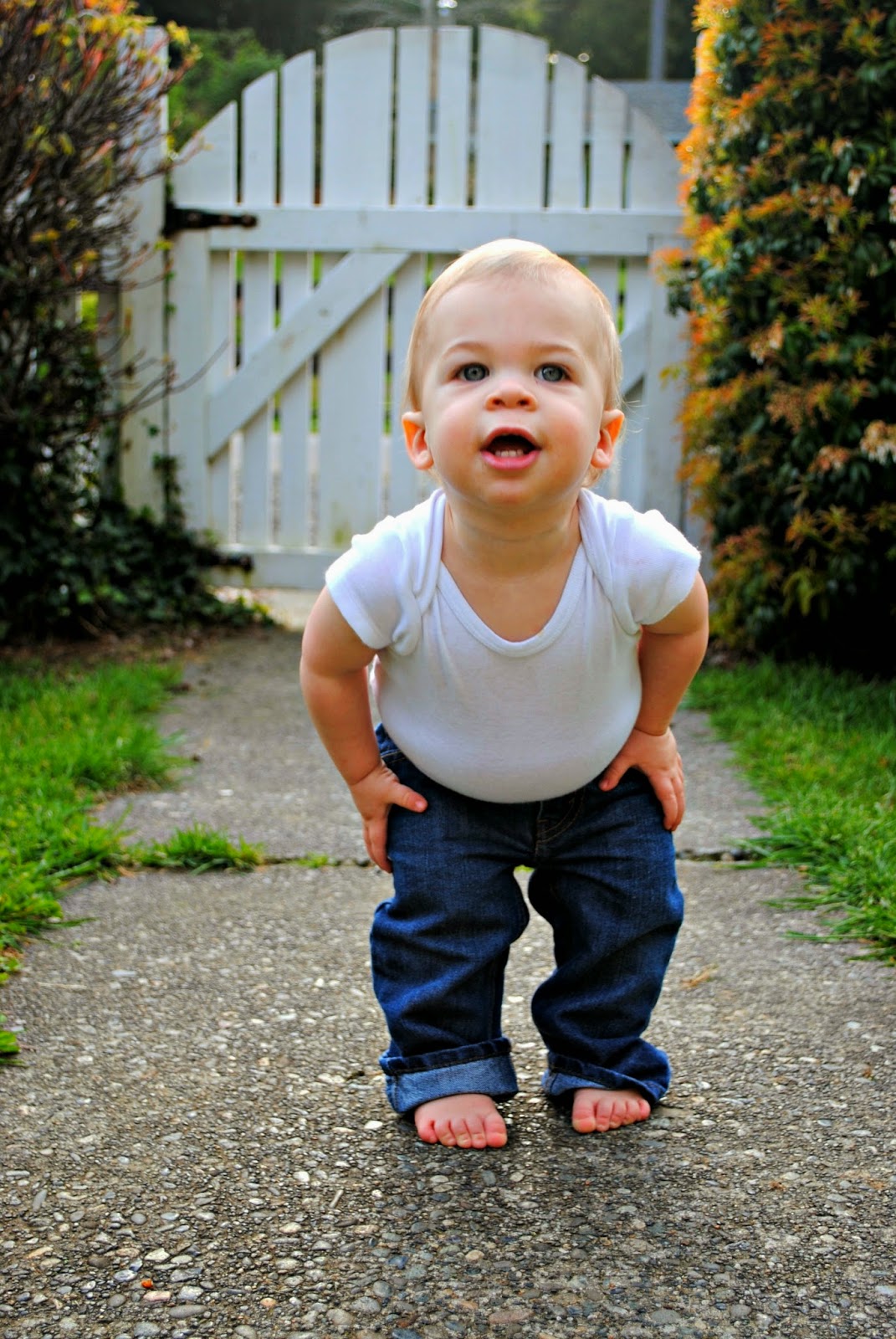