It's been over two weeks since our little adult getaway to Portlandia, so I guess it's about time I got around to blogging it.

My sweet sister-in-law, Cara, and her hubby, Webb, flew into Seattle from St. Louis so we could all have some much needed play time.

After a bit of a dramatic exit on Friday morning, and some speed-racer driving from me, we made it to our hotel for our winery tour.  We had three wineries to see and the horrid weather wasn't going to stop us.  Cara booked us the tour, complete with a limousine and driver (and delicious bistro box).  She rocks.

We visited three wineries (Erath, Methven, and Blakeslee), and I'm pretty sure that we were more impressed with each one.  That, or we just grew more and more intoxicated... Or maybe that was just me?

I don't drink.  Ever.  So I seriously threw caution to the wind and just let my hair down on this trip.  I needed it.  I may or may not have continually sent Snapchats to my sister, Rachel, all with the caption: glug, glug, glug.  Classy, I know. 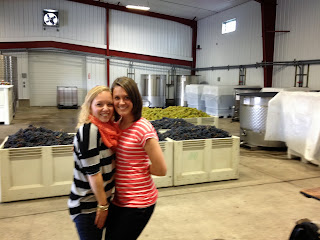 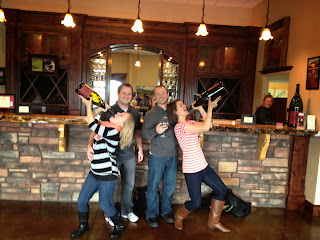 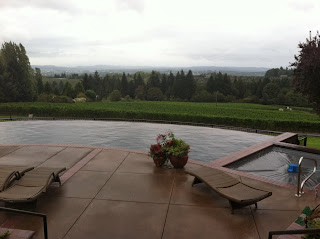 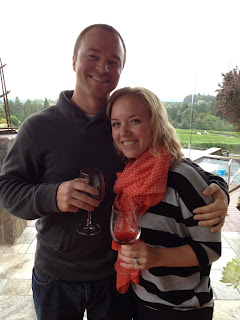 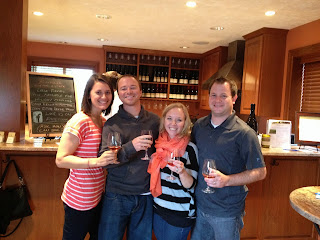 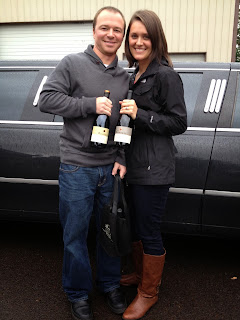 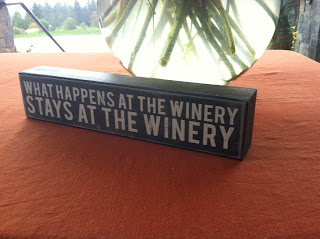 After our winery outing we went back to the hotel where Ryan and I proceeded to pass out for two hours before dinner.  I'm pretty sure when I (somehow) heard my phone ringing and saw that it was Cara, I tried to sound all perky and "with it" so she would think I had my shit together.  Yeah, pretty sure she saw right through that.  We walked to dinner in a cloudy-wine-fog and ate a yummy meal at McCormick and Schmicks.  Thank God it was within walking distance of our hotel.

Saturday we ventured out in the torrential downpour and tried using the public transportation system that the great city of Portland offers.  If it wasn't obvious to anyone already that we were tourists, we quickly made it well known when Ryan asked the innocent woman at the train stop, "Where are you going?"

Whaat?  Who asks random people that?

We bought our day-passes and boarded our train, only to be greeted by little "machines" that said, "Validate."  The four of us are pretty educated so we assumed that meant we needed to feed or scan our tickets somehow.

I'm pretty sure the other passengers got quite a kick out of us four tourists who stood there for a good minute trying to figure out how to validate our tickets.  In the end, there was no amount of waving, feeding, smashing, or rubbing our tickets on the validating "machine" that would do the job.  No one else was attempting to validate their tickets, so we just gave up.  Defeated. 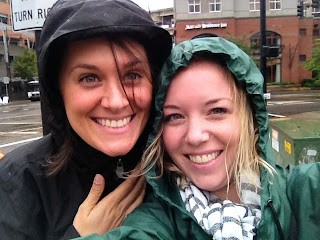 Saturday was spent browsing the downtown area, wishing we had an umbrella, trying to avoid all homeless communities, shopping, buying a really nice birthday gift for my mother-in-law (a charm bracelet with an "L" and "C" for Liam and Camden), eating, and playing Farkle. 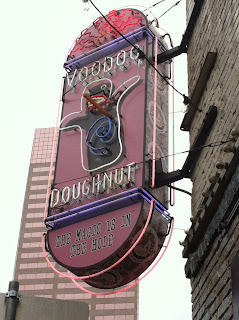 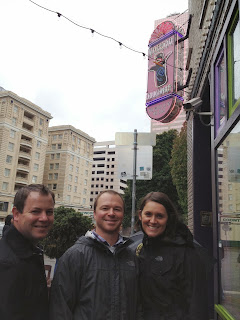 Saturday night we ate the fanciest and most fantastic meal I've ever had a place (also super close to our hotel!) called Quartet.  We think the crummy weather deterred a lot of the people who had initially had reservations, so the restaurant was pretty quiet.  When we got the bill I almost asked if I could change my mind (I'm kidding).  It was an awesome, relaxing meal, that wasn't rushed, and it was seriously perfect.

We came back to our hotel and kicked booty playing a Cash Cab board game that we eventually realized was for kids.  (Hey, we needed a little encouragement and ego-boost after the train ticket validating incident!)

Our trip was over so fast, but it was the most fun I've had in a long time.  Ryan and I speed-raced home so we could see our baby boy.  We missed him bunches.

Sisters are the best, aren't they?

We're thinking that our next adult only trip needs to be somewhere warm and dry - like Hawaii.  No complaints, here!