Christmas come early.
Christmas come early in the form of our one year anniversary.
Ryan bought me a fisheye lens attachment.
Boo-ya-woot-friggin-boo-ya.  This lady is excited.
When I first heard about these fisheye lenses and saw how totally cool they were, I did some research to figure out how much dough I would have to pony up.  I could get a 35 mm fisheye camera for anywhere between $50 and $75.  I immediately got excited, but Ryan made a good point - I wouldn't want to have to carry around a totally separate camera.
True that, hubby.
Time for more research.  This further information session only brought on sadness and some depression as a Nikon fisheye lens runs around $800.  I knew that was totally unrealistic and crazy.  I looked around a little more and found some "generic" (for lack of a better word) brands that sold the same product as Nikon for much cheaper.
Long story short, I found a Rokinon for cheaper.  Much, much cheaper.
The last two days I have had some major fun playing around with it, and trying to figure out how the heck to use it right.  Unlike my normal Nikon DSLR lens, this fisheye lens is manual.  So instead of having my shutter speed and apeture settings change automatically, I have to play with it and figure it out myself.
Oh, boy.
Here's a look at a few of my first shots. 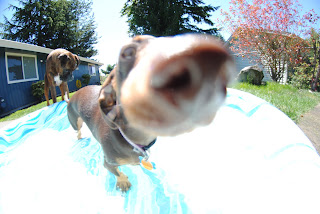 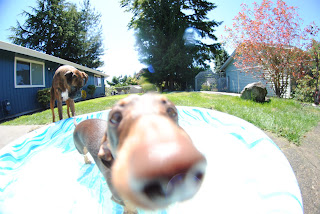 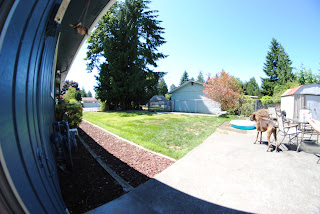 Rachy was playing around with the camera too, so some are courtesy of my baby sister. 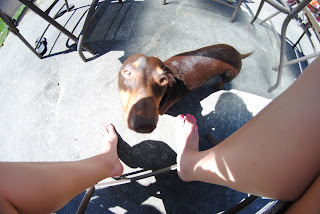 I can't wait to see what else this baby can do!

Would it be ironic to take a picture of myself making a fishy-face with my fisheye lens?

Email ThisBlogThis!Share to TwitterShare to FacebookShare to Pinterest
Labels: Photography