I told myself from our initial trip planning that I was going to try really, really hard to set my expectations really, really low for Disneyland.  I had no idea what he would think of the characters or the rides, and I figured I was asking for trouble thinking he would sleep in his stroller in that environment.

In their coordinating shirts, the boys were ready. 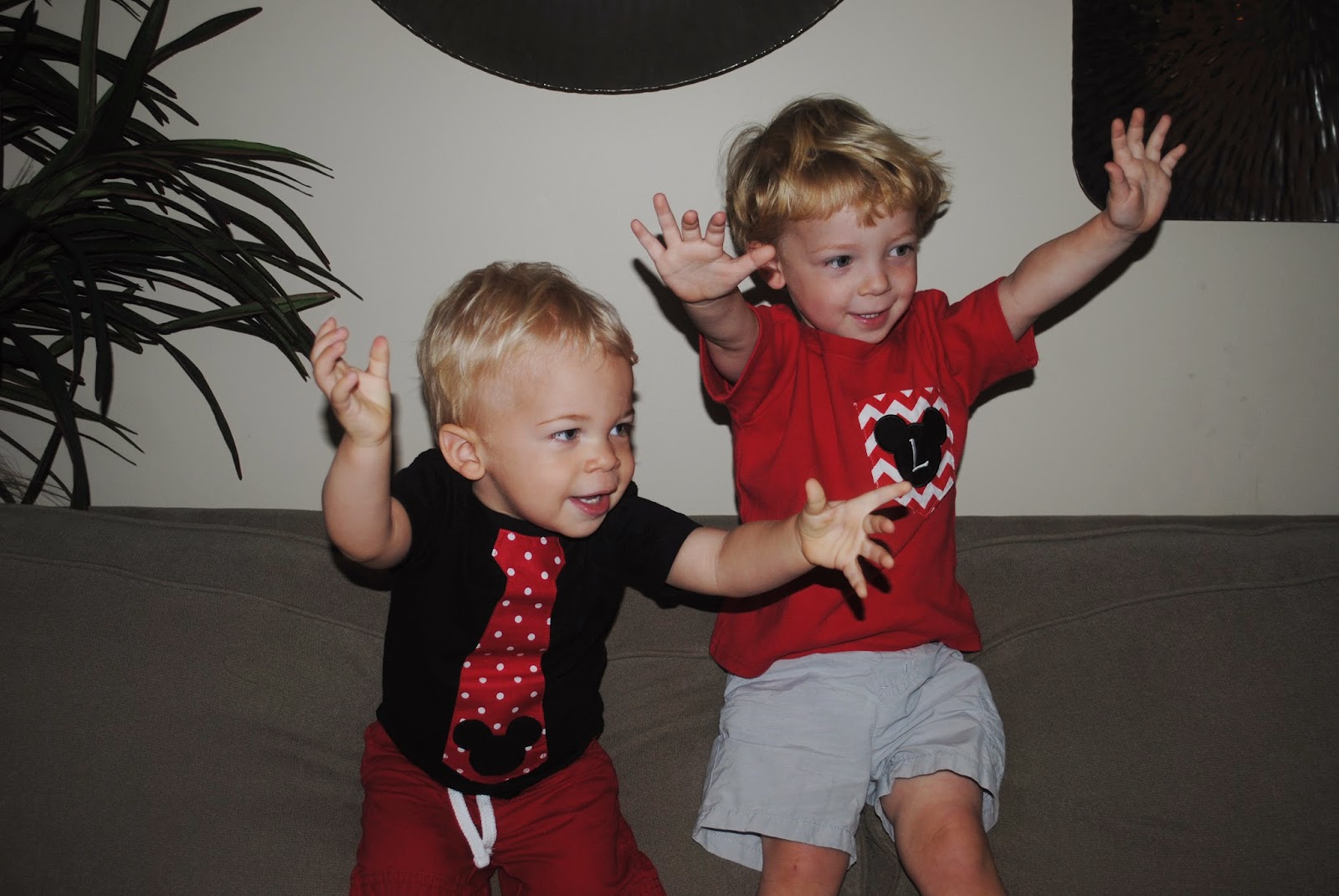 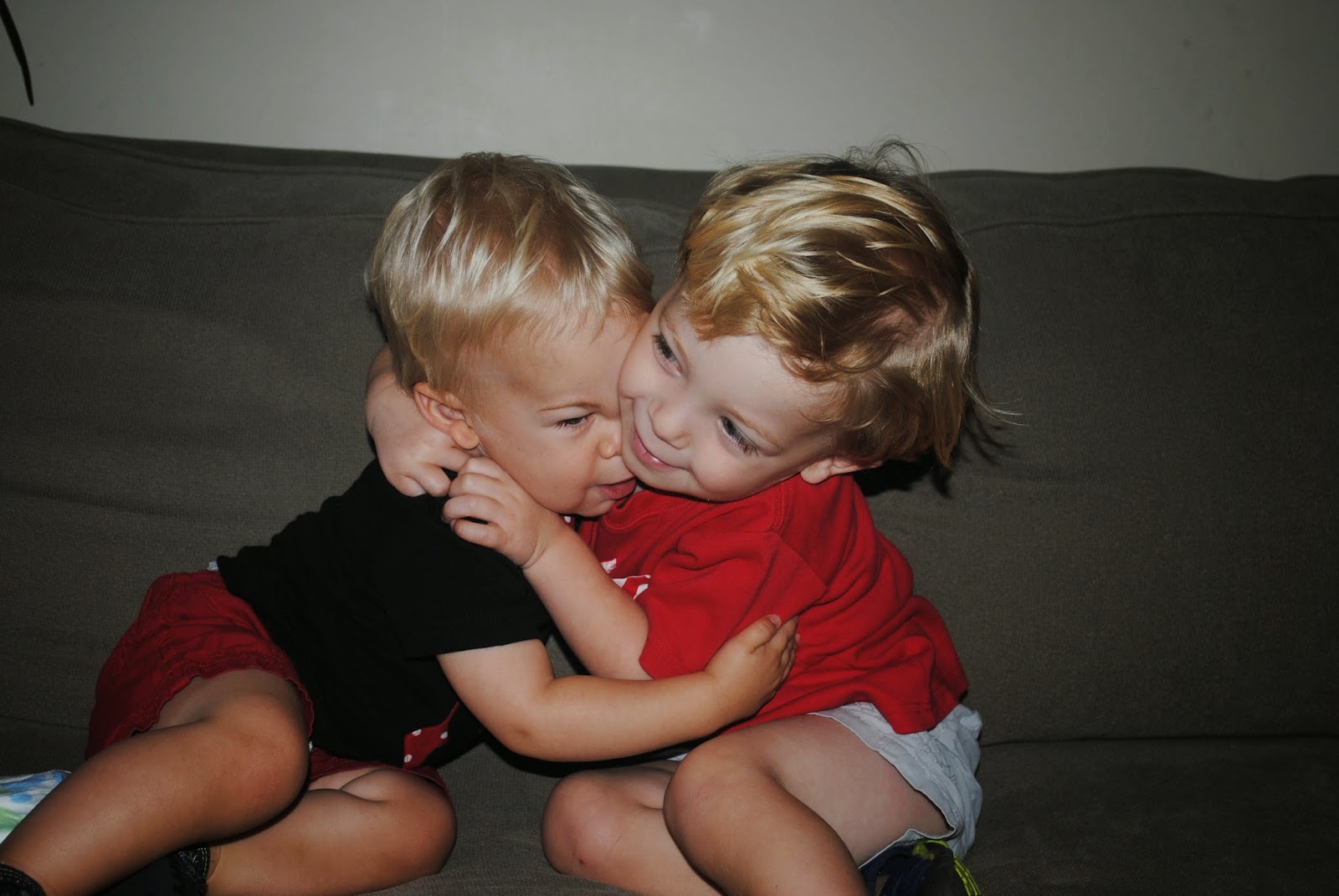 So, expectations low and armed with snacks - we set out for the Happiest Place on Earth (a lovely 30 minute drive from Newport Beach).  And it did not disappoint.  I'm pretty sure I said to Ryan, "I. Am. So. Excited!" about 100 times and that was before we were through the gate. 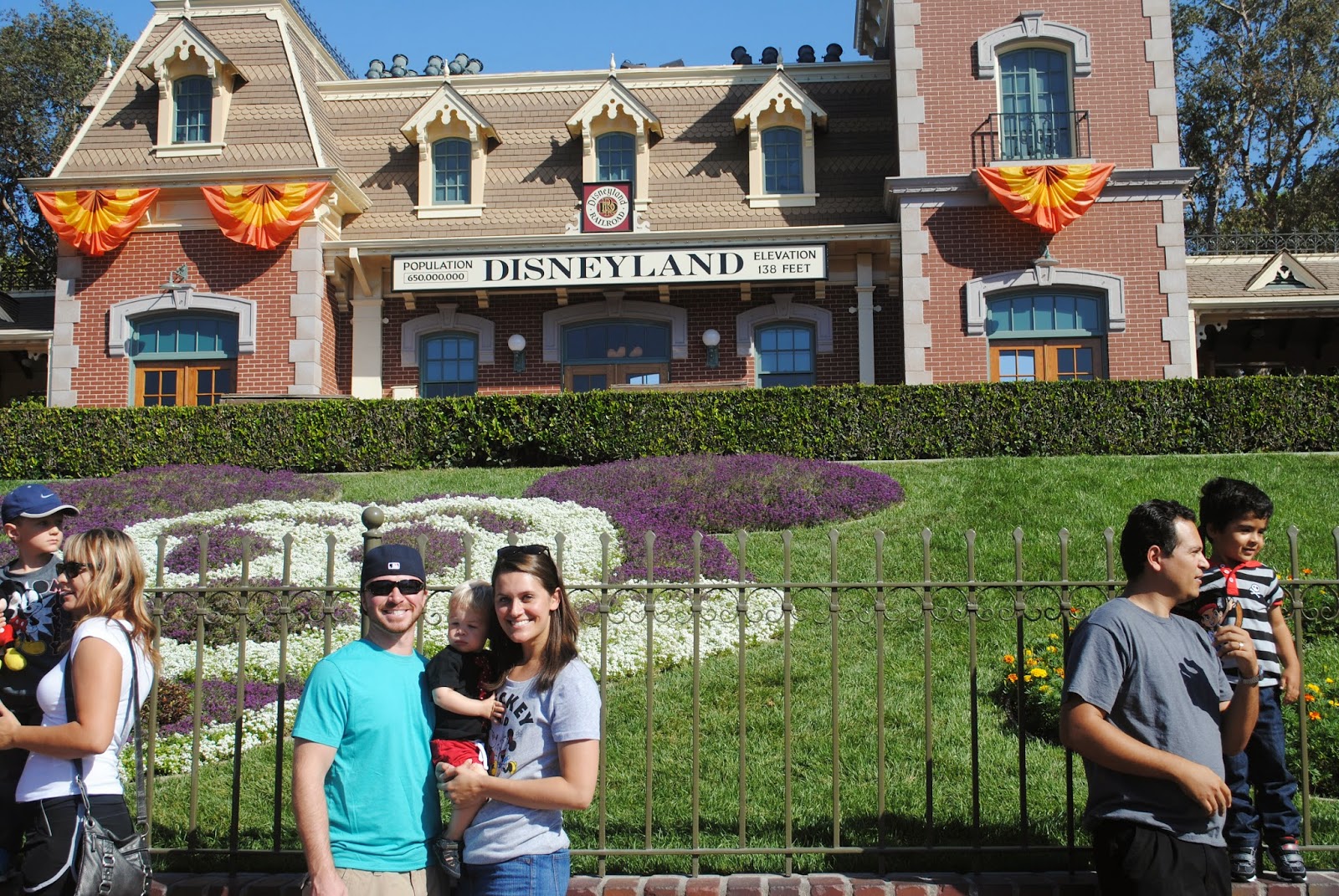 The Webb's and Ryan's parents went to Disney World earlier this year so they had a good idea of what Liam enjoyed and what was worth passing over.  We followed and crossed our fingers that Camden wouldn't lose his s-h-i-t.

We started out with Buzz Lightyear Astro Blasters and I can say without a doubt that Camden clung to me like never before (at least up until that point).  I tried to let him shoot the gun and kept my voice at a scary-high octave, to help let him know that he was safe and it was supposed to be fun.  I'm pretty sure Ryan had more fun helping Buzz Lightyear defeat the aliens and The Evil Emperor Zurg than Camden.

Next up: Alice in Wonderland's Mad Tea Party.  Our group split up into two tea cups.  One that would spin to their hearts' content (Webb, Ryan, Grandma, and Liam), and the other that would do zero spinning (Cara, Camden, and me). 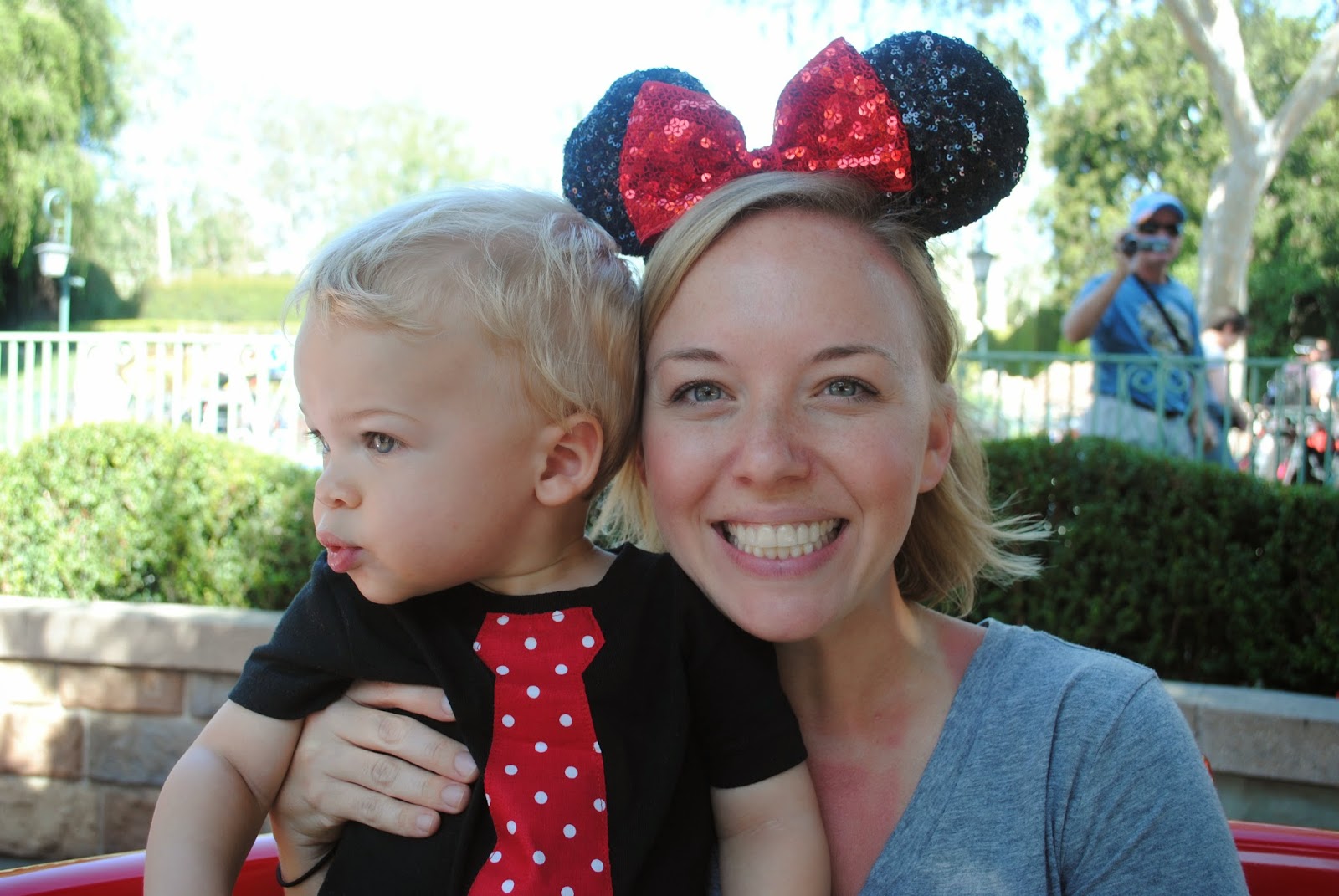 It's a Small World's line was nice and short (can you guess why?) so we hopped on and I think it was both Liam and Camden's favorite ride.  By the end Camden was clapping and dancing along to the seriously obnoxious music.

Liam insisted that their strollers be side-by-side so they could hold hands.  I just can't.  There are no words. 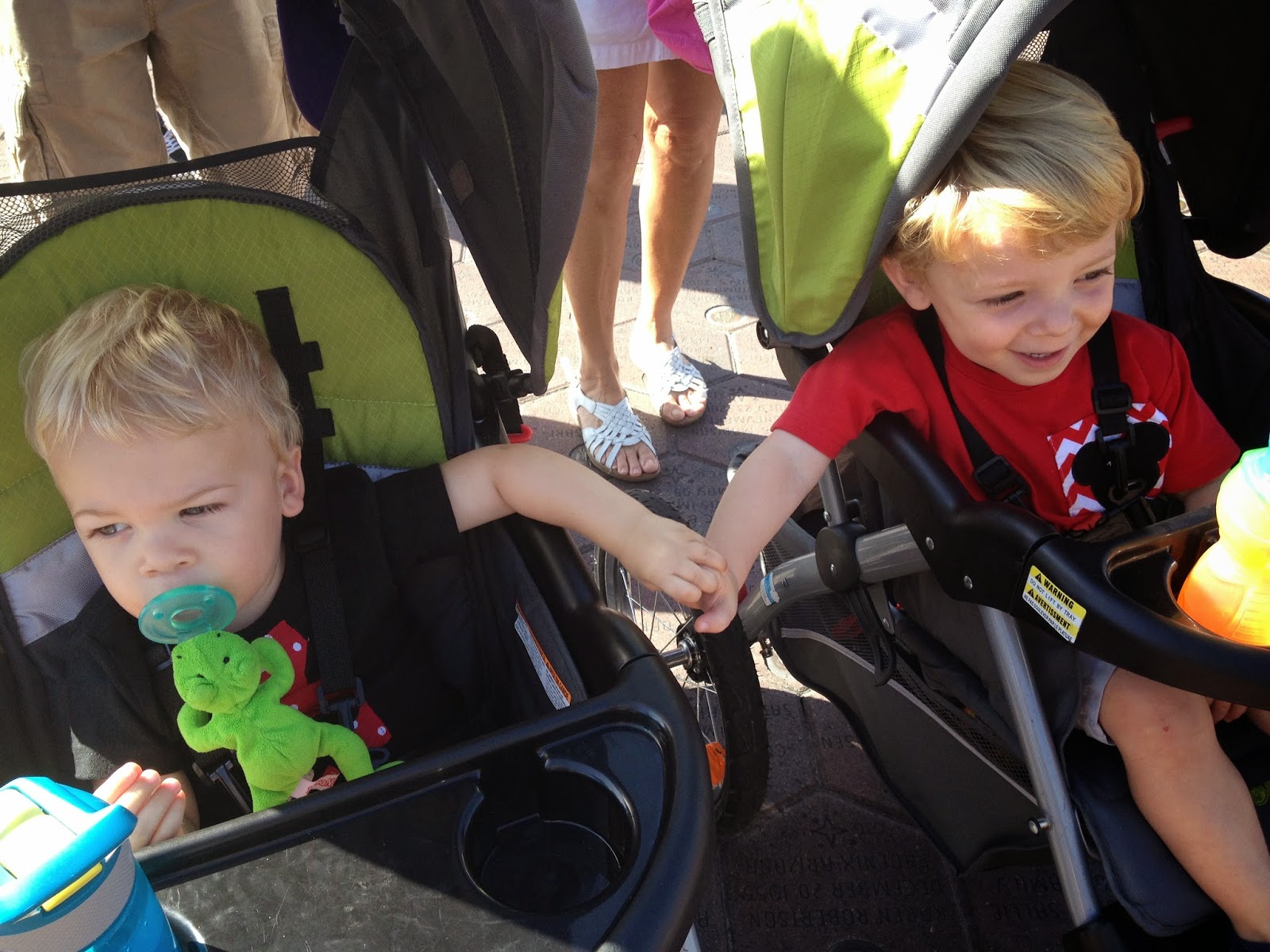 We only got close to two characters (Captain Hook and Pluto) during the entire time we were there and Camden was more than fine with it.  Captain Hook was a giant a-hole and Pluto tried to give him a high five, allowing Camden to disprove my previous "clung like he has never clung before" comment. 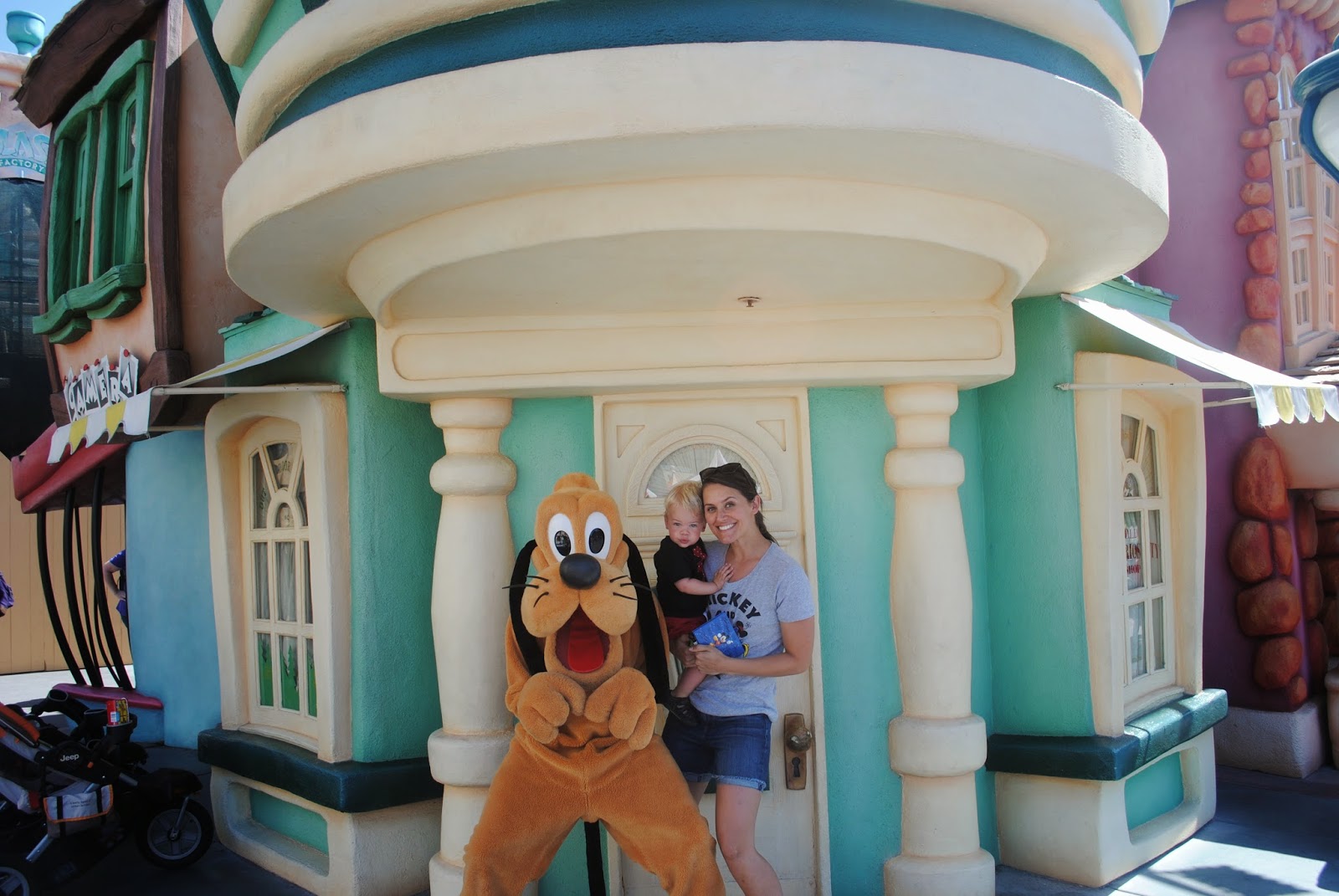 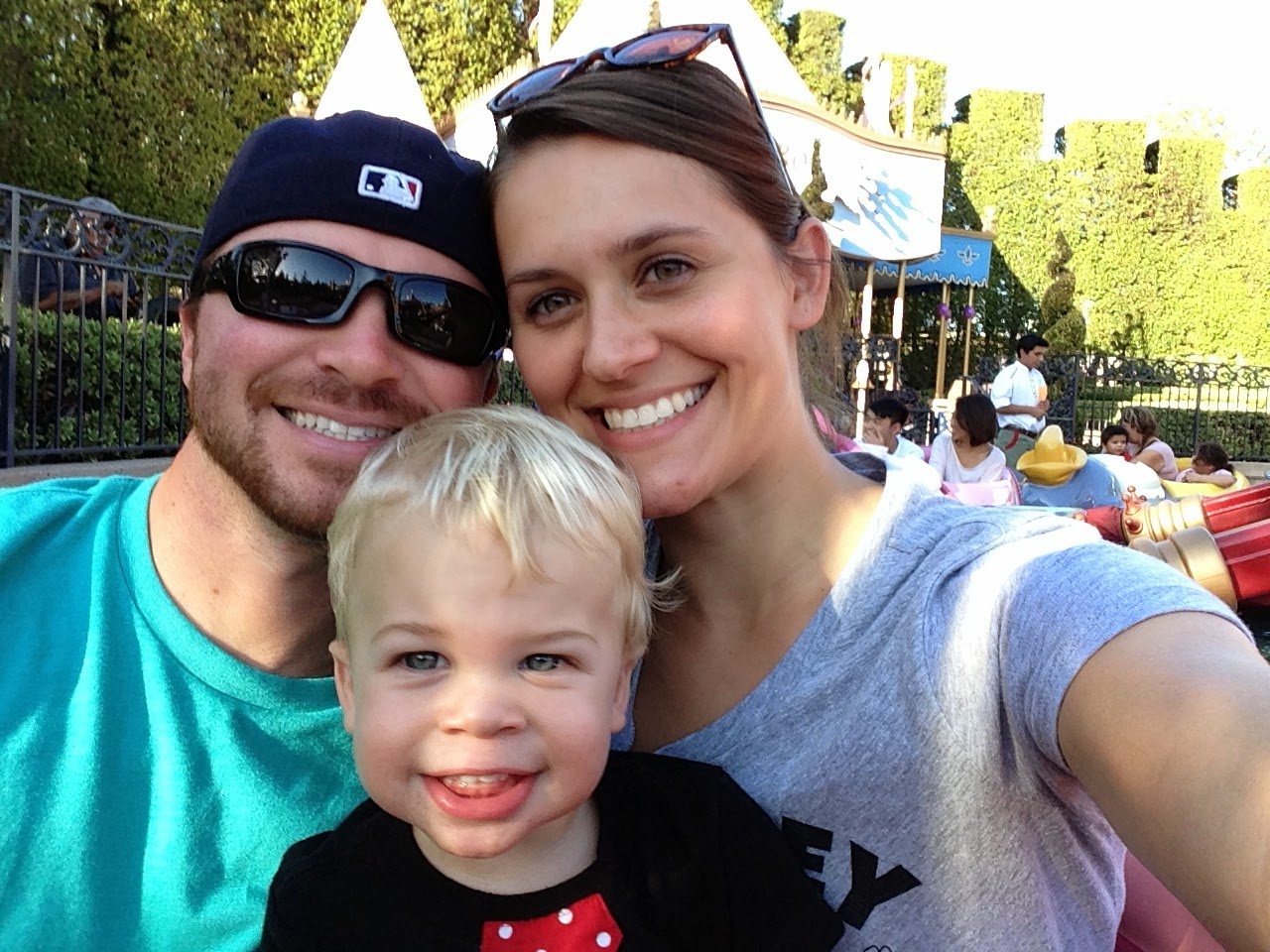 I'm pretty sure he's still pooping in that picture.

Liam went ahead on the carousel while we changed the bomb and took a little break for a photo op. 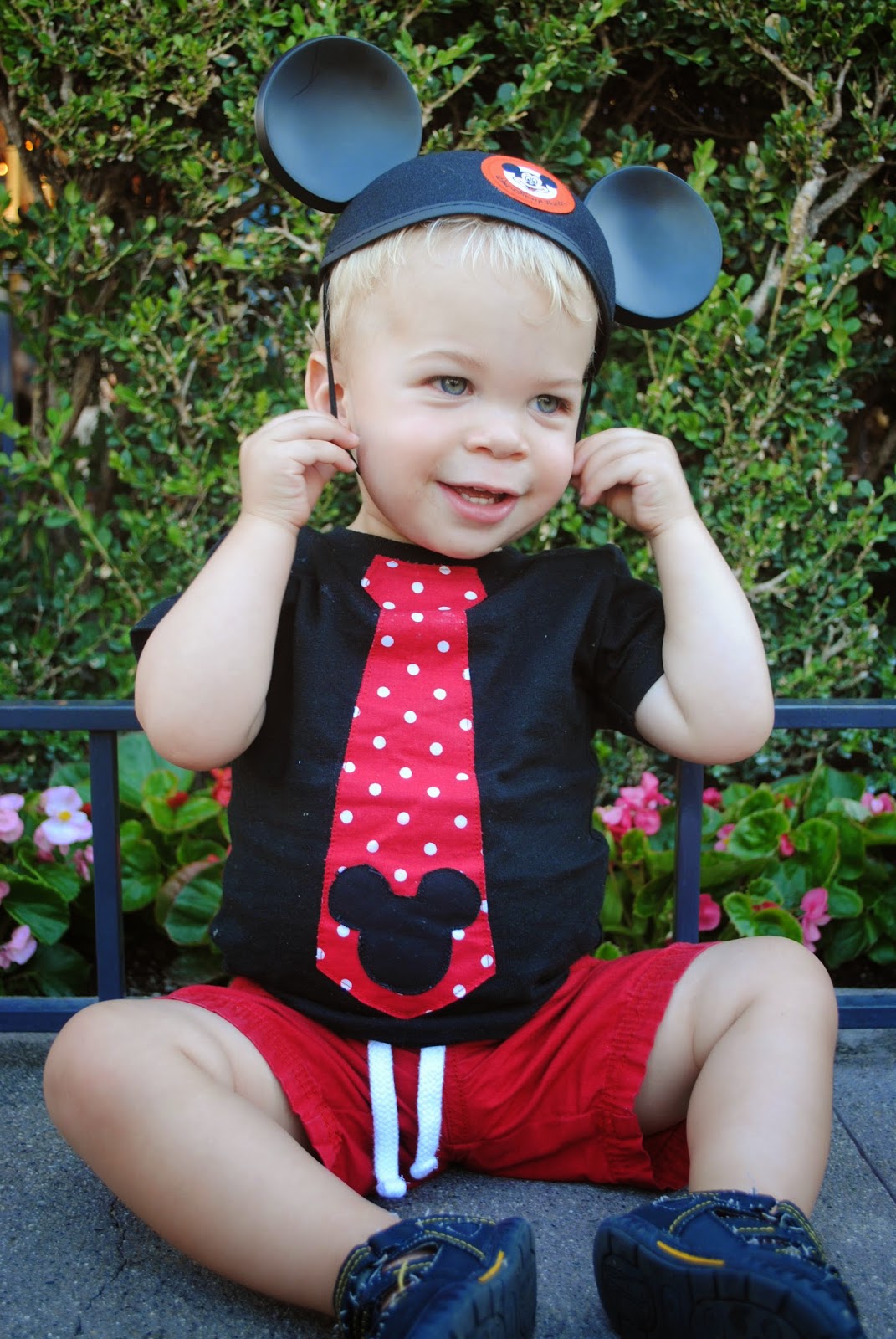 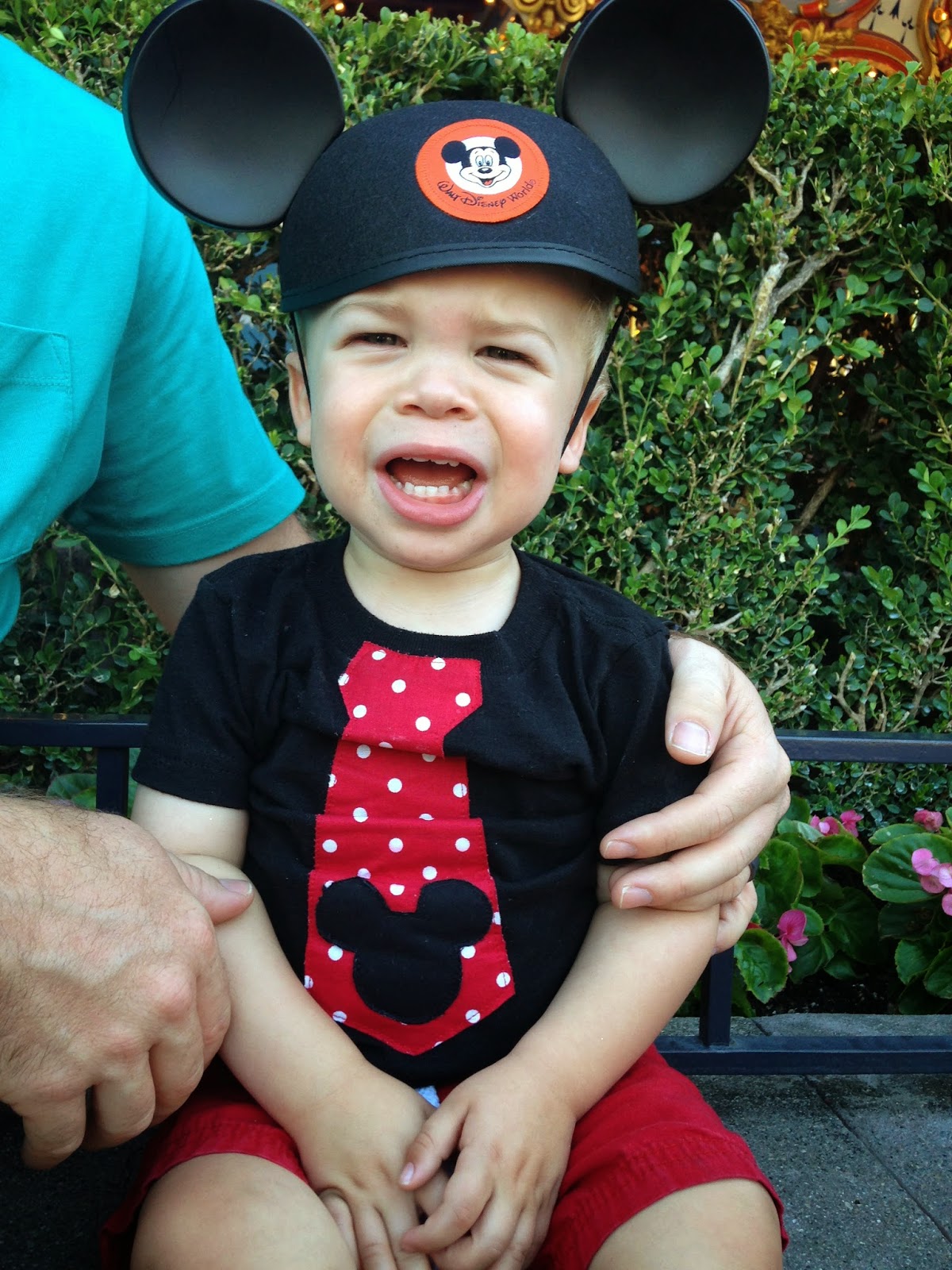 Of course, we waved to Liam like maniacs every time he passed by.  After the ride, he got off and ran right over to Camden, put his arm around him, pointed to the carousel, and told him all about it. 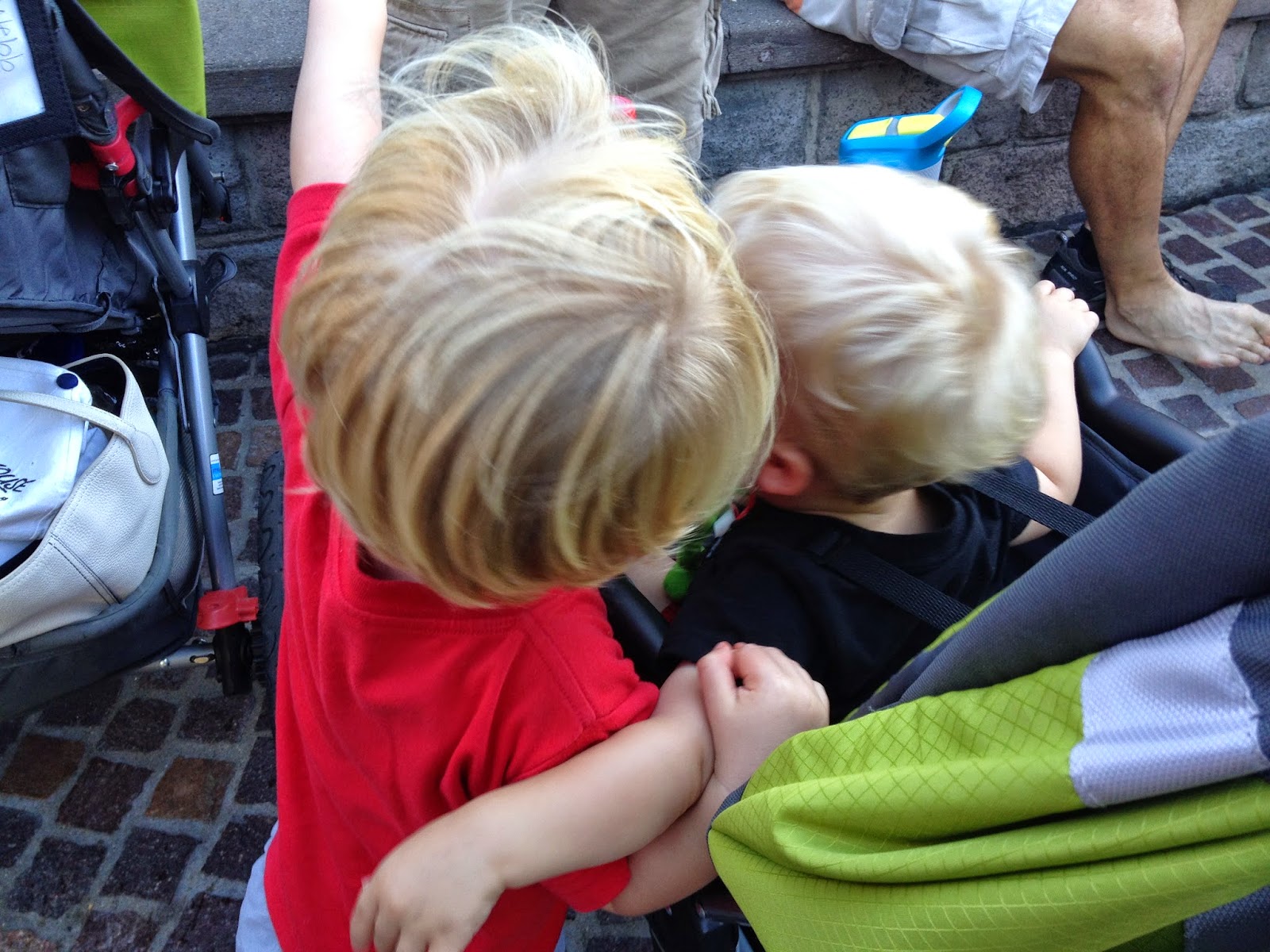 I knew I couldn't go to Disneyland and not go on some adult rides, so Ryan and I snuck off to ride Indiana Jones and Splash Mountain (but not without a pit stop in front of Sleeping Beauty's Castle). 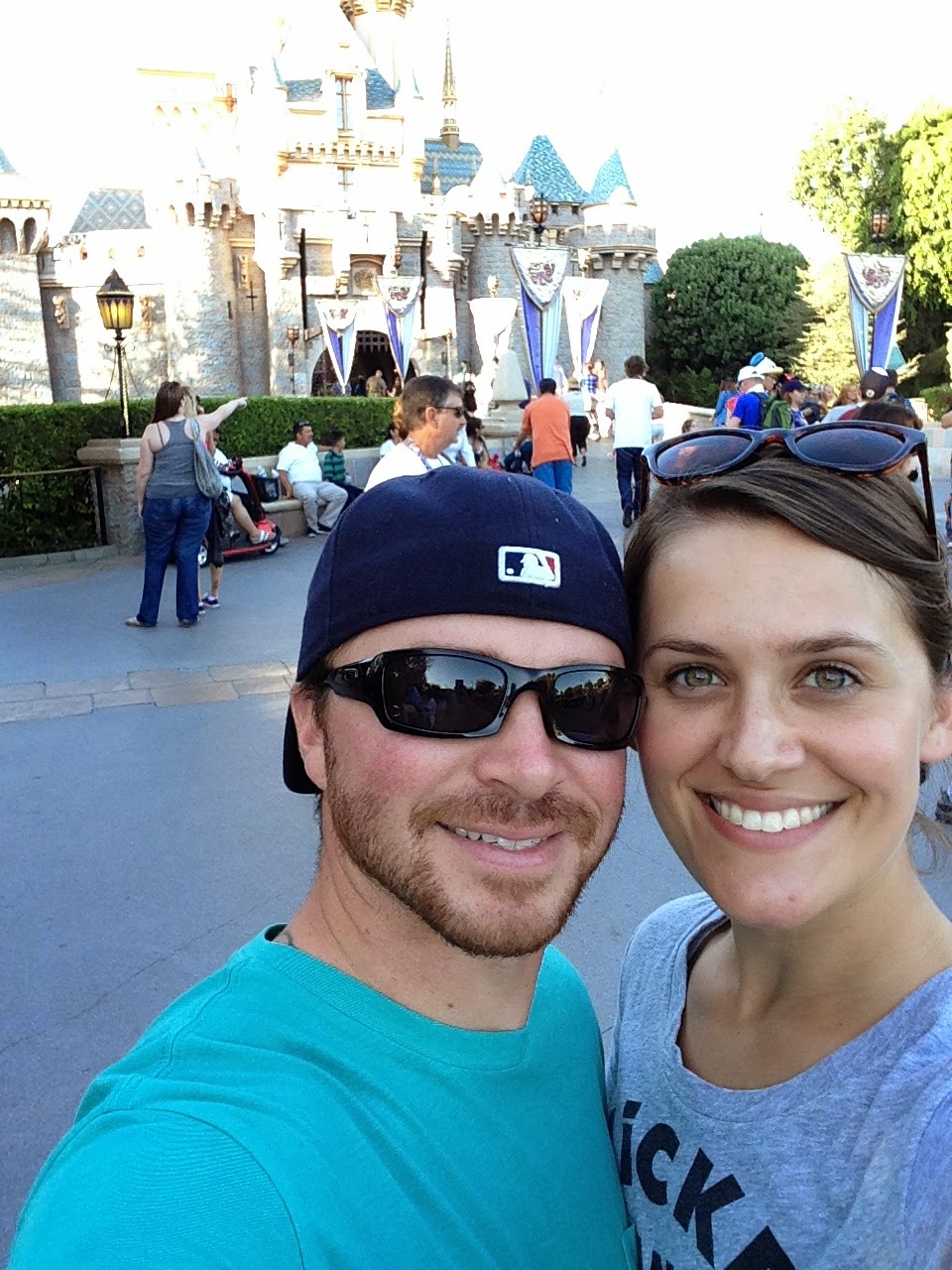 It was soon time for the parade.  The timing was perfect because I think we were all running out of gas.  We grabbed some seats right outside of Starbucks (amen, hallelujah) and purchased some java to get us through the rest of the night. 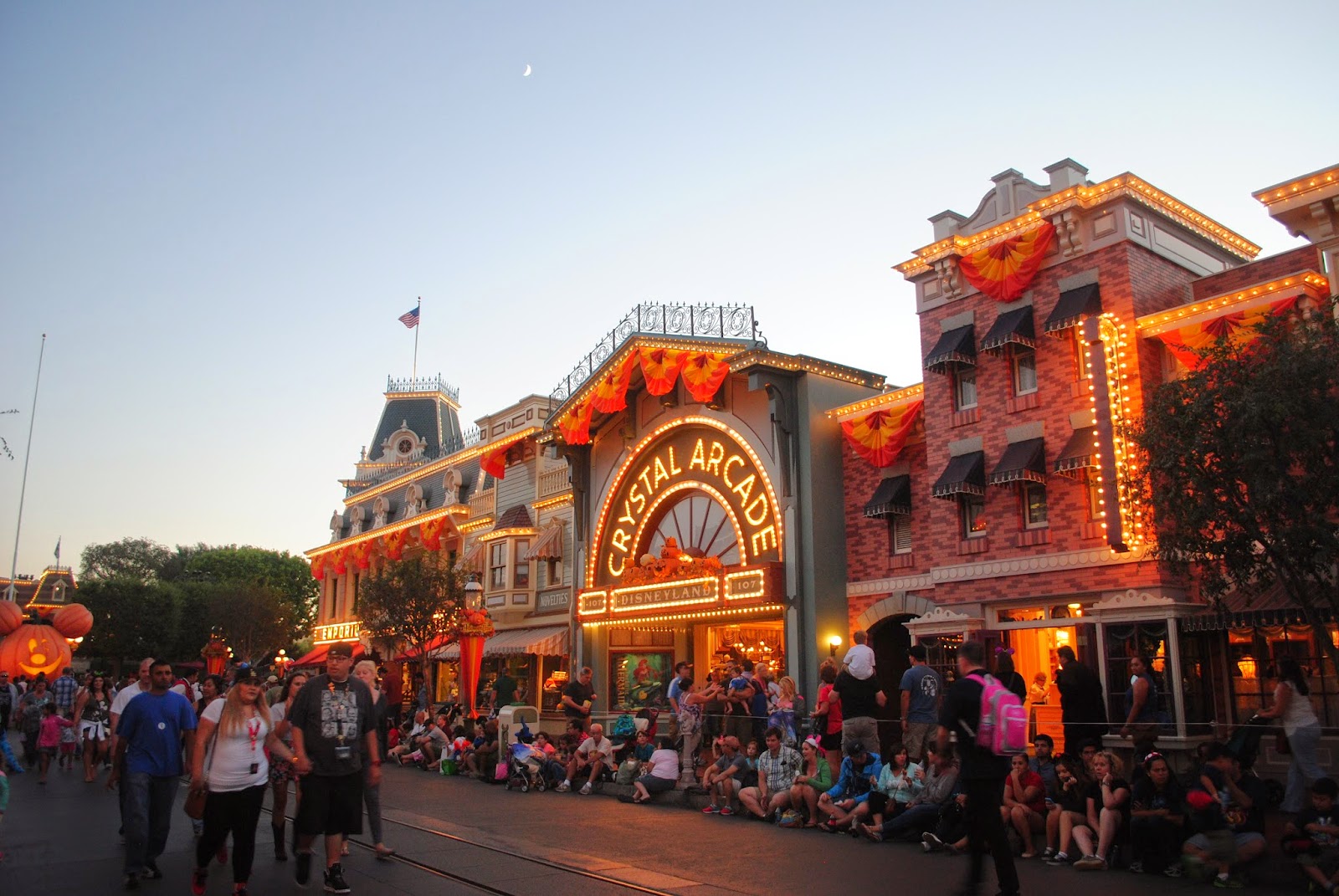 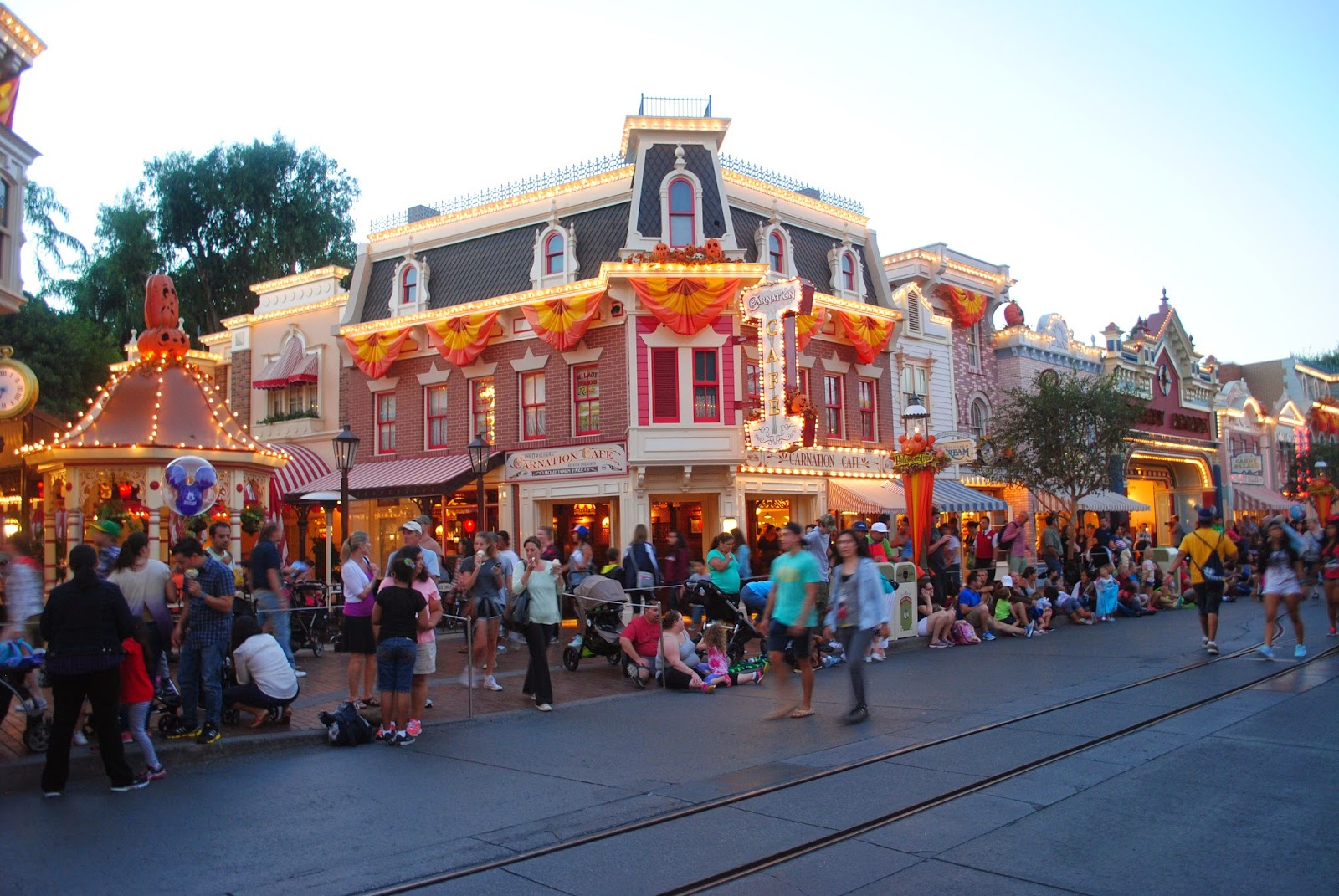 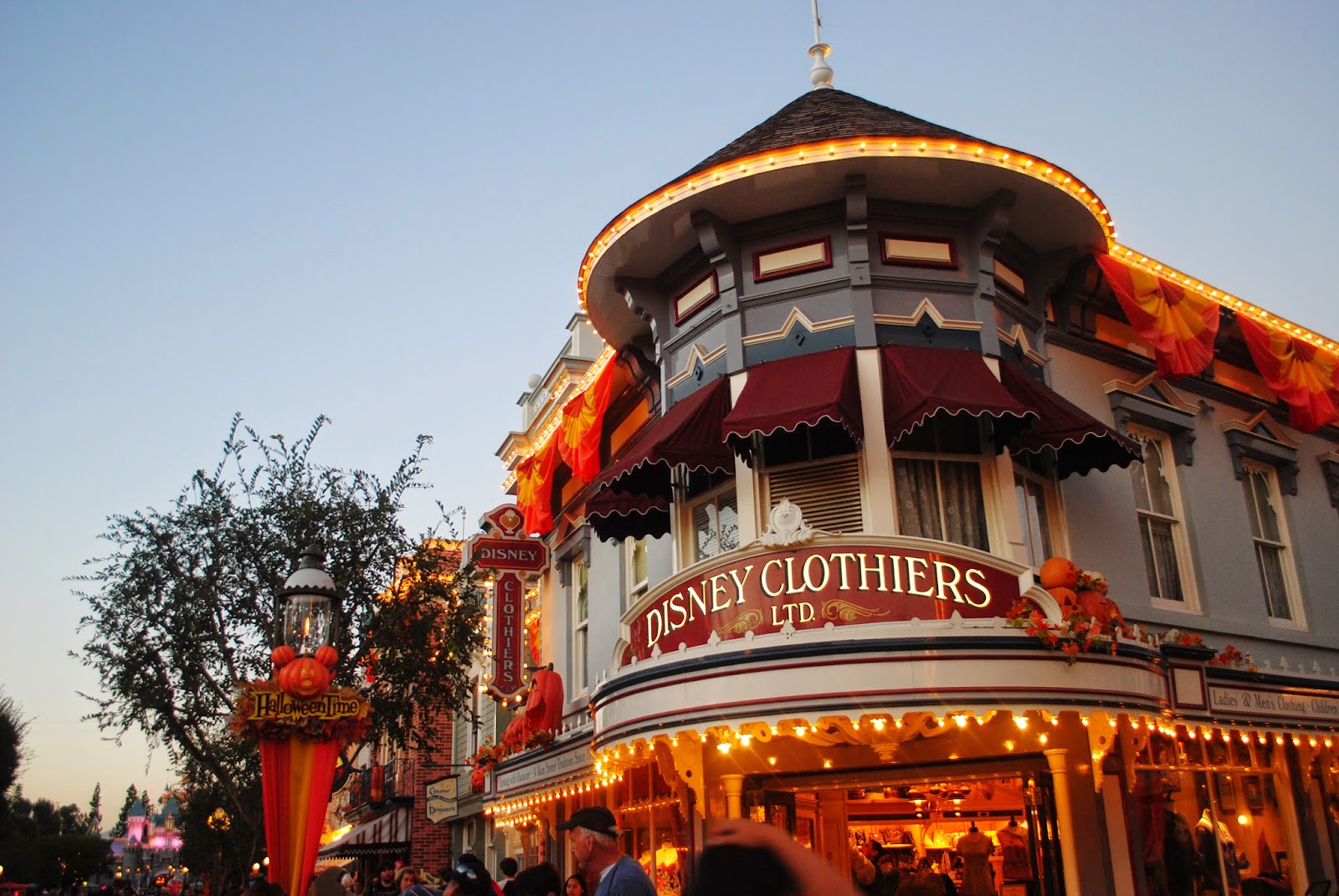 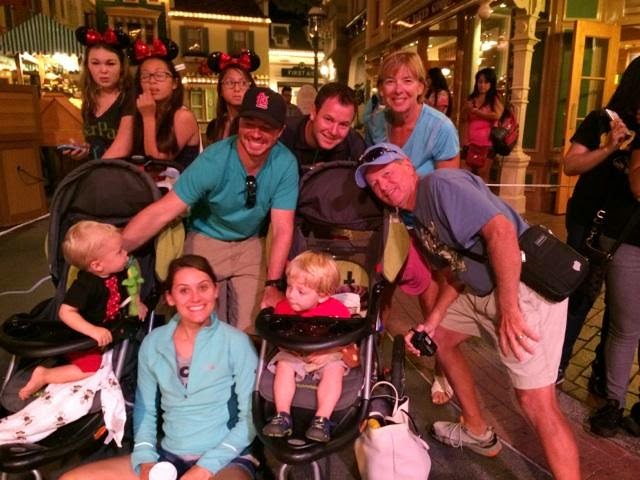 I may or may not have been really, really excited for the parade. 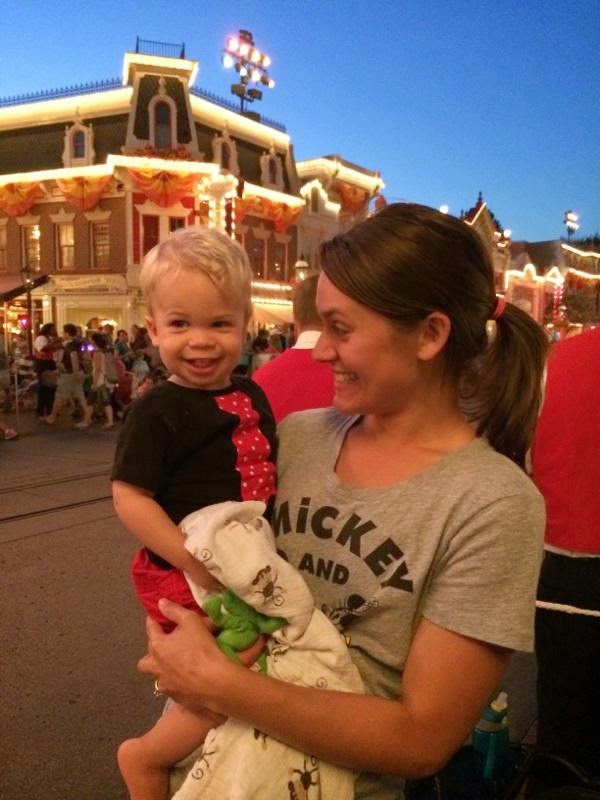 Remember when I said that I set my expectations really, really low?  Well, it turns out that I didn't need to.  The boys did fabulously and our day at Disney was truly magical.

Was Camden too young?  Yes, probably - but he still had a lot of fun and there was plenty that he could do and enjoy.

I already can't wait to go back when he's a little older and can enjoy it even more.  And not become catatonic in front of characters or on rides.