I was excited when Camden and I received an invite to Dixie Doodle's 1st birthday party.

I feel like I know my co-worker Peggy Ann's daughter Nicole and her sweet little girl, Dixie (did you follow that?) a lot better than I actually do because I get to hear so many stories about them.  Do you have people like that?

The party was on Bainbridge Island at an incredibly beautiful home belonging to friends of Peggy Ann and Nicole's. It took us about 45 minutes to drive there, and I swear we could have gotten there faster if we had hopped in a boat (that we don't own) and driven by water.

The theme of Dixie's party was Breakfast at Tiffany's.  I die.

We didn't get to stay long due to another birthday party celebration but I did happen to get some cute pictures of Camden with the birthday girl.

Here's the conversation I imagine them having.

Dixie: That's my Ya-Ya over there.
Camden: What's a Ya-Ya? 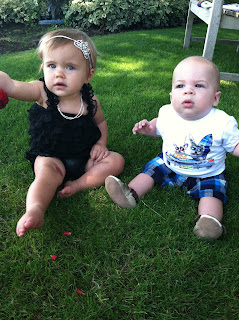 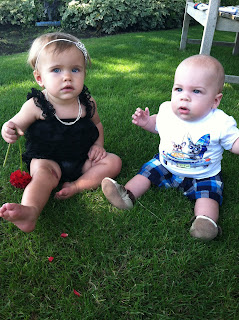 Dixie: Don't worry, Hammy.  You'll learn these things when you are 1 year old like me.
Camden:  OK, Doodle.  If you say so. 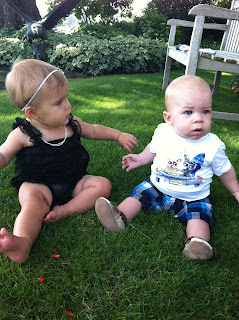 Dixie: Maybe when you're mature like me you'll learn how to get lint out of your ear. 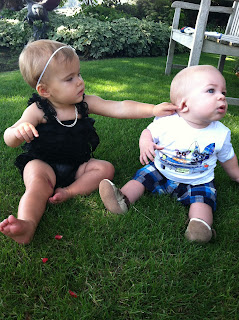 Camden: Maybe you should mind your own business, Dixie.  I liked the lint in my ear. 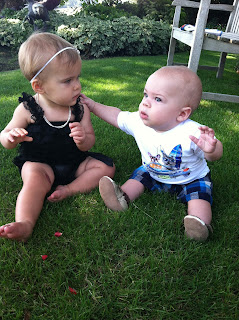 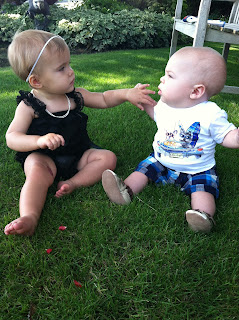 Dixie: Whatever.  Bet you can't grab your foot like me.
Camden: Nope.  My mom put these dumb shoes on me.  They aren't even real shoes. 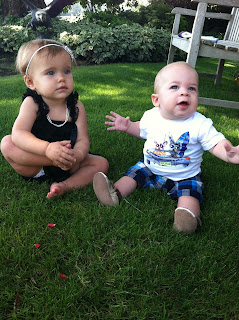 Dixie: Maybe if we get confused looks on our faces they'll stop saying our names and taking our picture.
Camden:  Good idea, Doodle.  You are so wise. 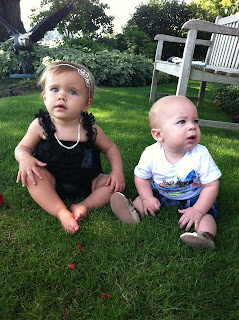