Camden and I set off for Michigan this past weekend to visit my best friend, Tiff.

The little man has three previous flights under his belt, but since the last one was when he was newly one-year old and he's now nearing two, I was a little worried about how he would handle the four hour flight from Seattle to Detroit.  We don't call him Camnado for nothing.

I packed our carry-on's with new toys (including new choo-choo's, a magna doodle, and a Mr. Potato Head), his favorite books, and more snacks than he would usually eat in three whole days.

We got to our gate and were greeted by balloons and a band.  Apparently we would be on Alaska's inaugural flight from Seattle to Detroit.  My dancing queen (er, king?) was totally digging the music and shook his booty until we boarded.

Much to my surprise, he rocked the flight and was pretty easy to entertain.  He even slept for an hour and half and would have slept longer had it not been for a particularly cranky baby sitting two rows behind us. 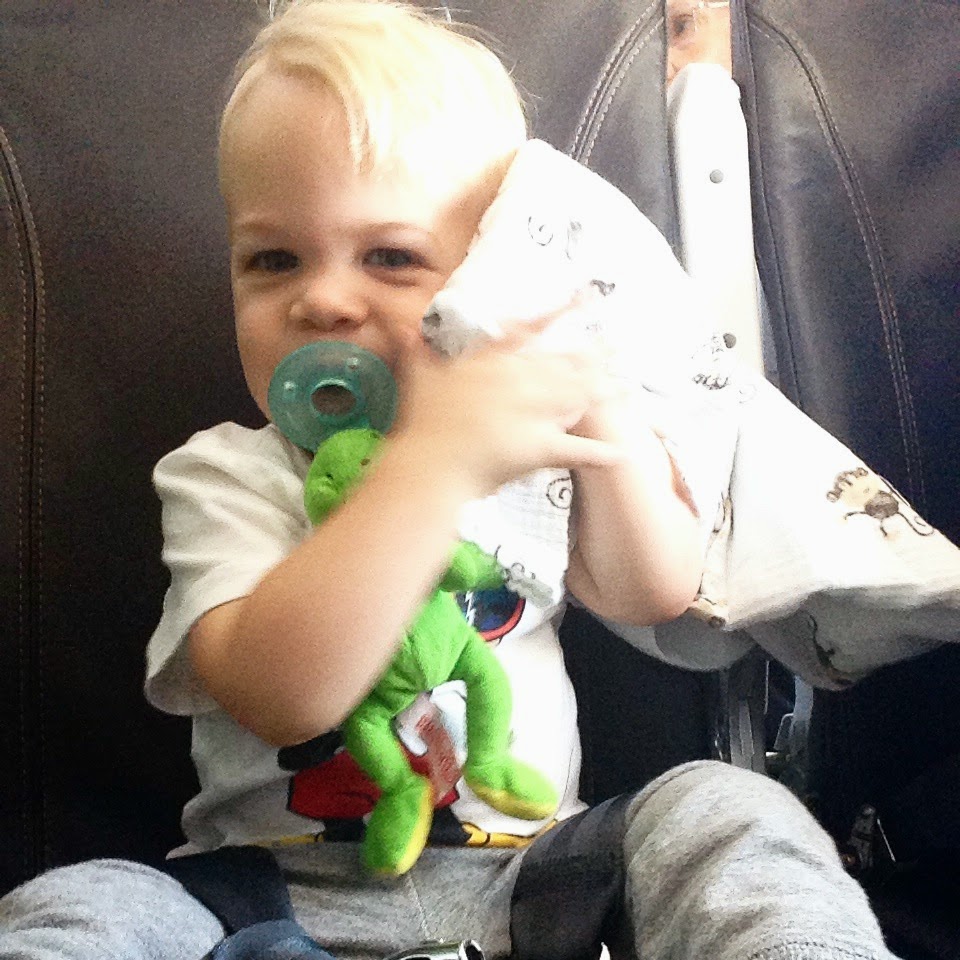 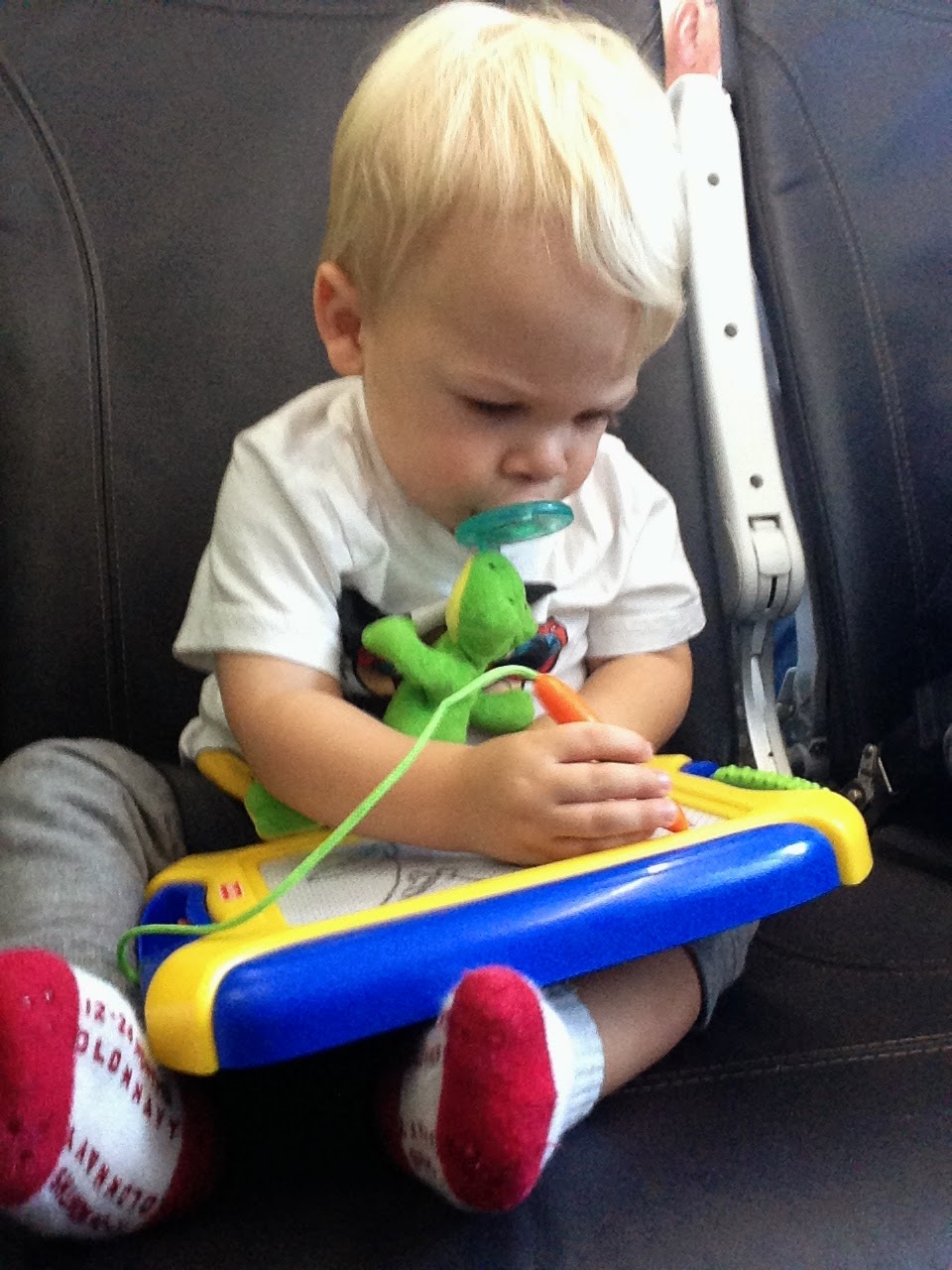 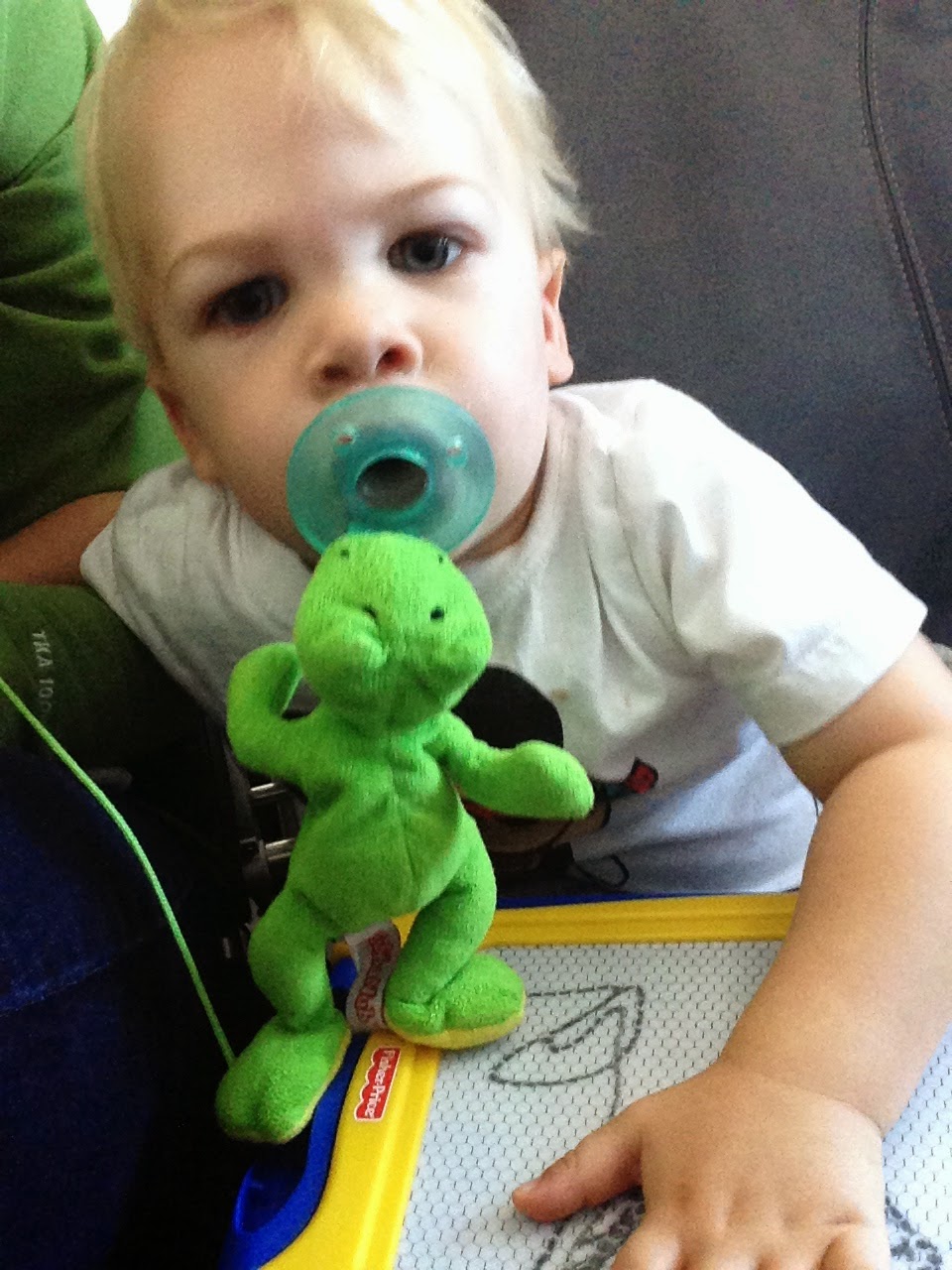 We landed and practically raced to baggage claim to meet Tiff and Huck.  I was so excited to see them, I could hardly stand it.  We got our bag and headed for Tiff's house.  But not without a pit-stop at Panera.  What else do you expect?

We got back to Tiff's house safe and sound and the boys were more than happy to be out of their carseats and ready to play.  I got us settled in and I'm pretty sure we were all exhausted from the day.  Cam and I got comfy-cozy in the bed together since he was not interested in falling asleep in the pack-n-play in a new environment.  Lots of giggles, feet in the face, and "shhh, time for night night's" later and we fell asleep pretty darn close to his normal bedtime.

Friday morning came quick.  As Tiff puts it, Huck has only one volume - loud.  Apparently, Camden just couldn't sleep after hearing his buddy's voice at 7:30.  In case you were wondering, that's only 4:30 in Seattle.  The morning was nice and quiet, full of coffee refills, and the boys got to play and invade each other's personal space.  Well, that might have been more Huck Boy, but I think Camden secretly liked it.  Seeing these two play and interact was extremely entertaining and heart melting. 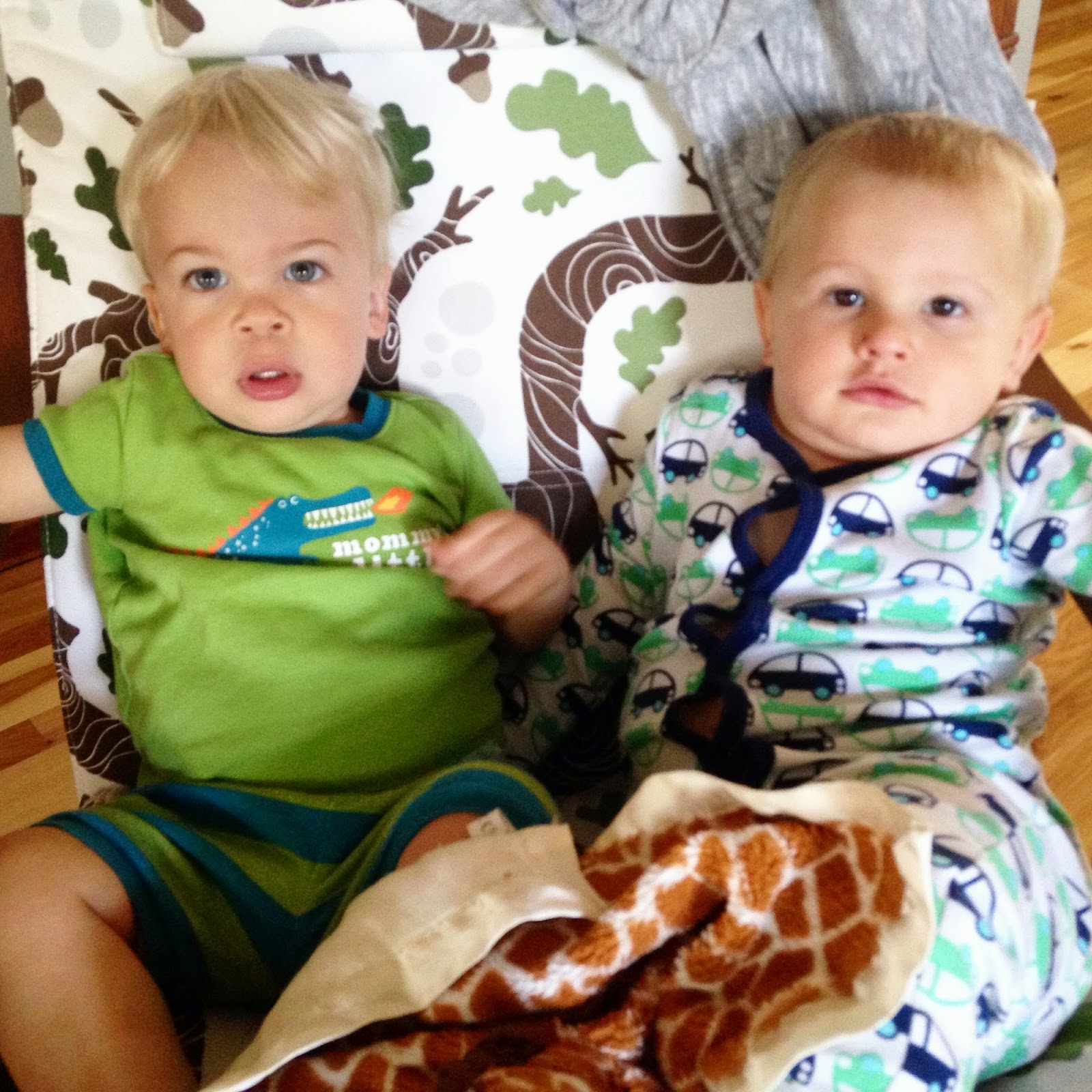 Because it was going to be hizity-hot, Tiff suggested going to play at their local splash pad.  This mama did not argue.

Camden was really hesitant to join in on the splash pad fun.  I think the water was a little too cold for his liking and he might have been a little overwhelmed in general. 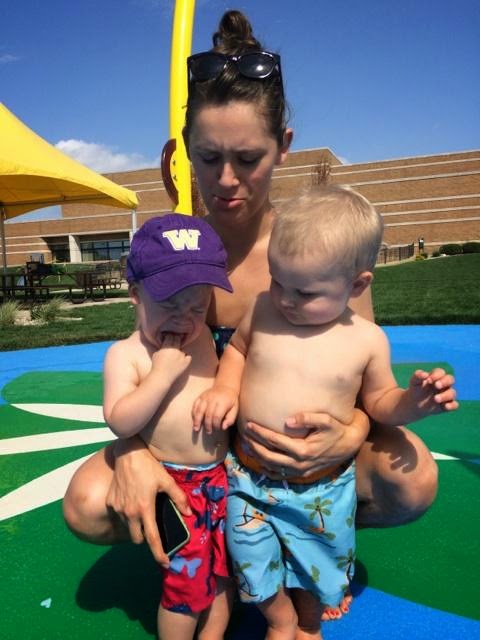 Huck Boy was game though, and after a few renditions of "I'm Going Fishing," my Hammy Boy was ready and splish-splashing his heart out. 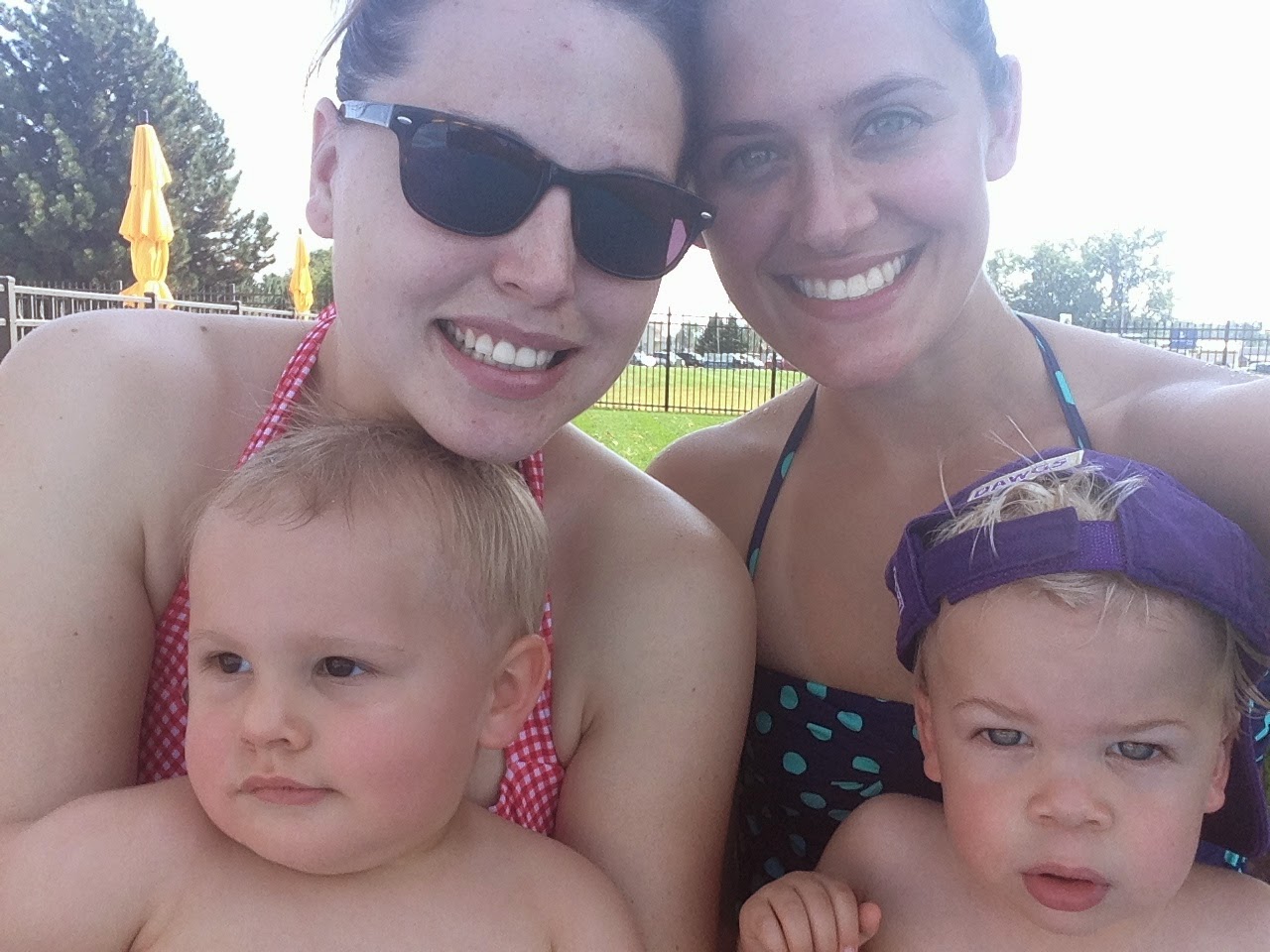 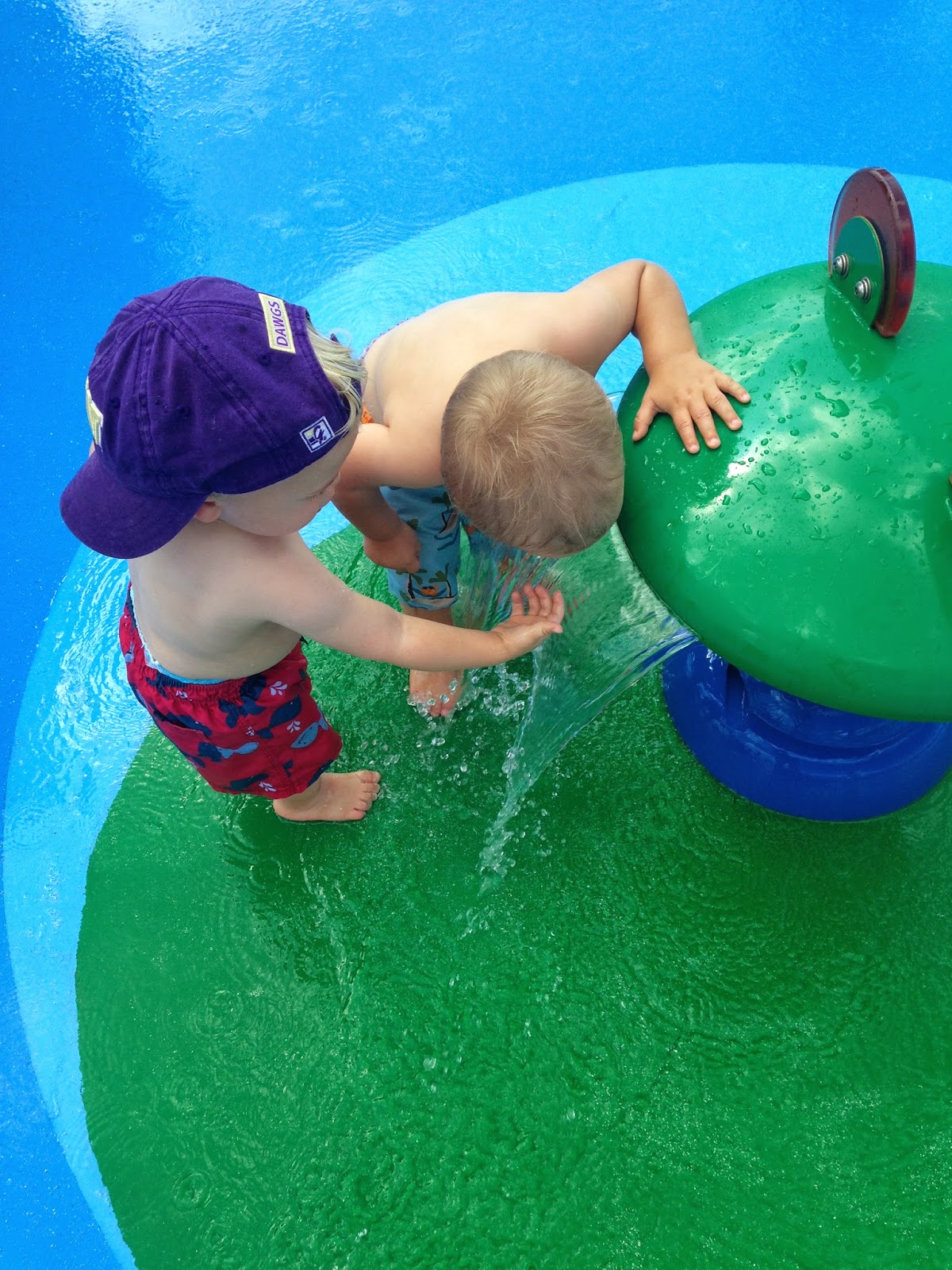 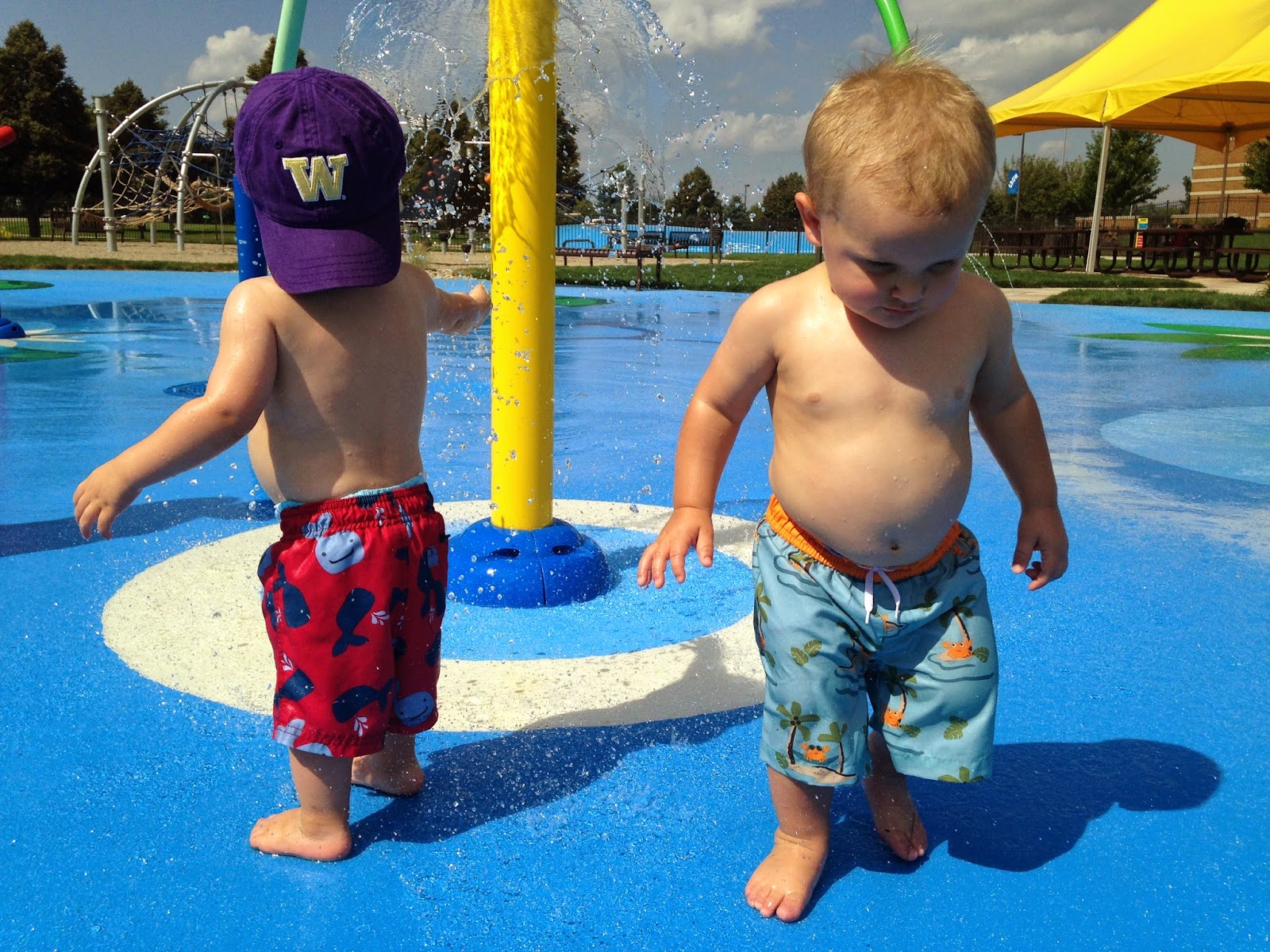 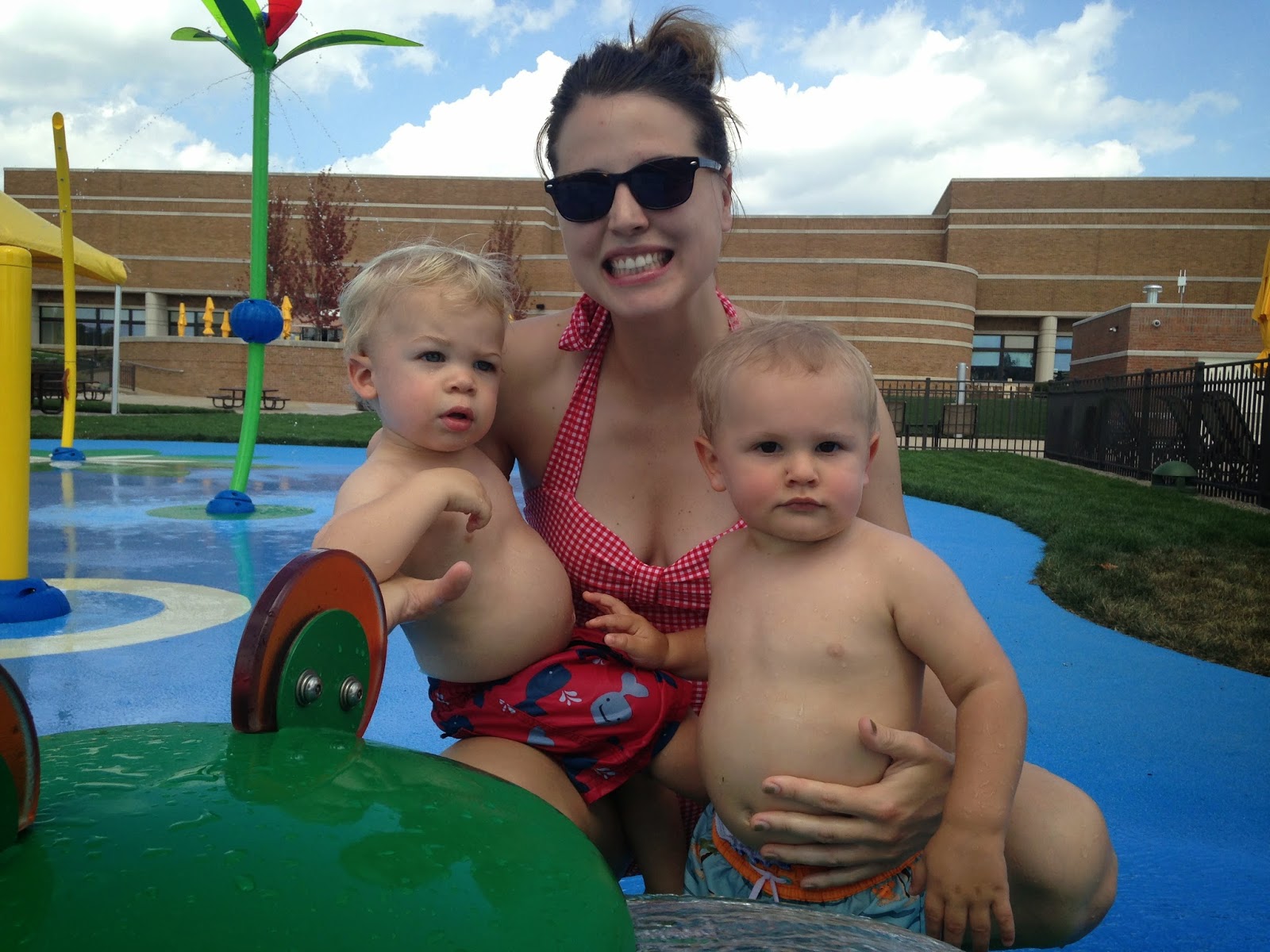 We stopped to get the mamas Steak & Shake milkshakes on the way home and the boys crashed. 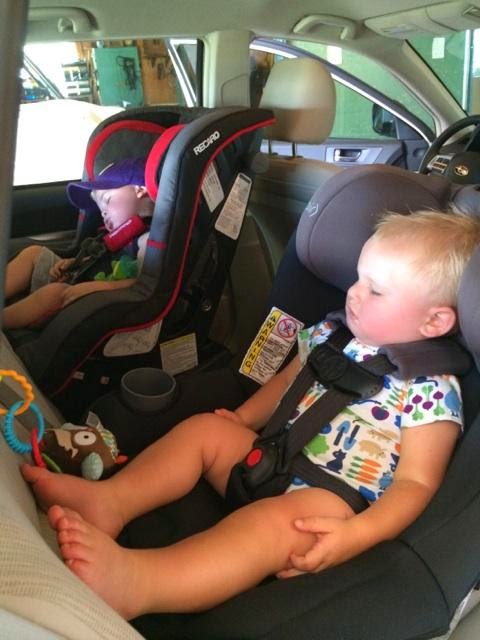 We used this glorious quiet time to relax, chat, and recharge the batteries.

Remember when I said that Huck likes to invade personal space? We'll just consider it a post-nap snuggle.  Cammy later returned the snuggle with a big side-hug.

After the boys woke up, we went outside so Tiff could show us their property - which was truly, truly amazing.  Cam's favorite part was the farm equipment. 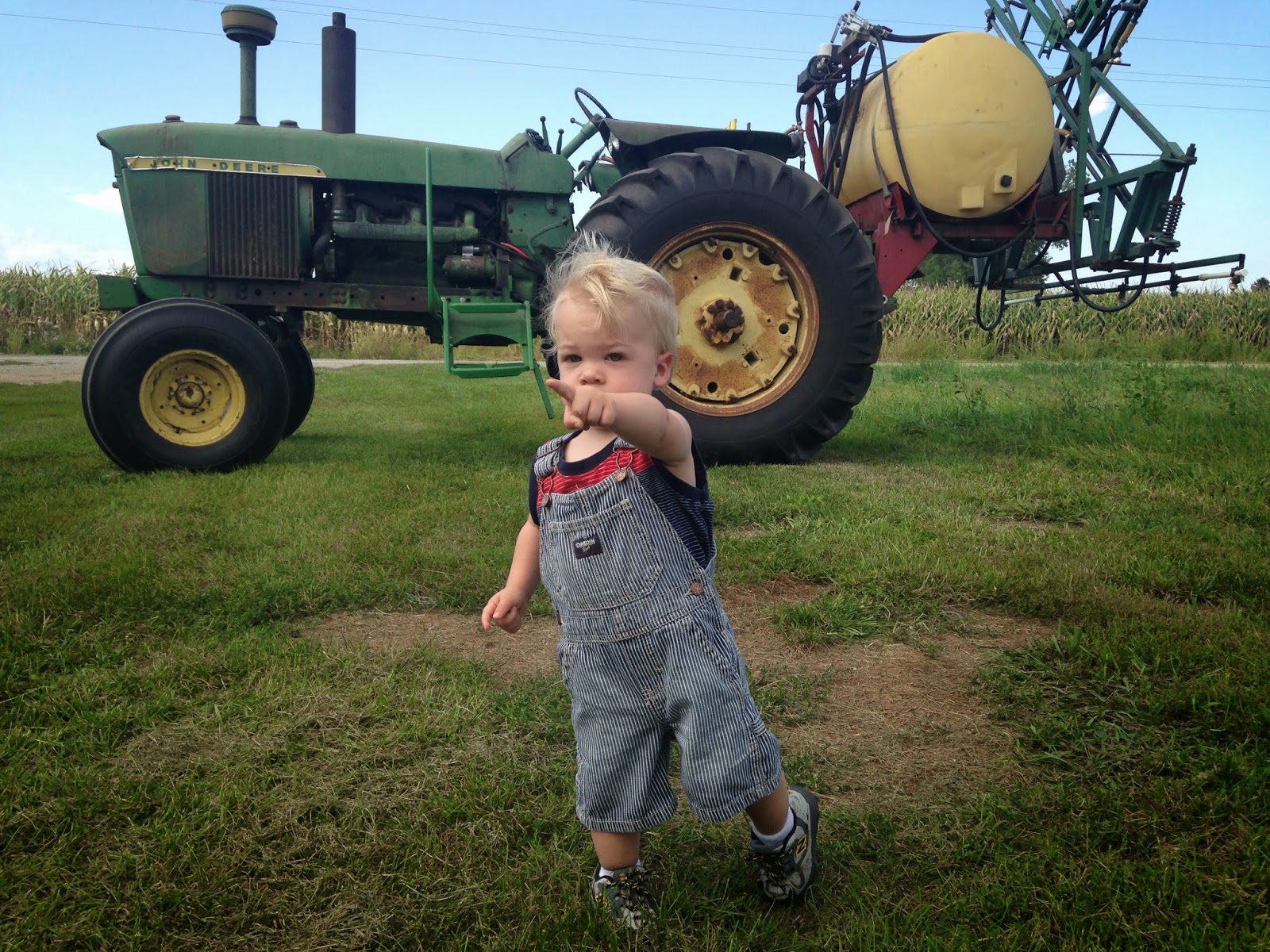 His least favorite part?  The cows.  He was terrified and clinging to me.  He finally insisted that he sit with Aunt Tiff, who was driving us in The Gator. 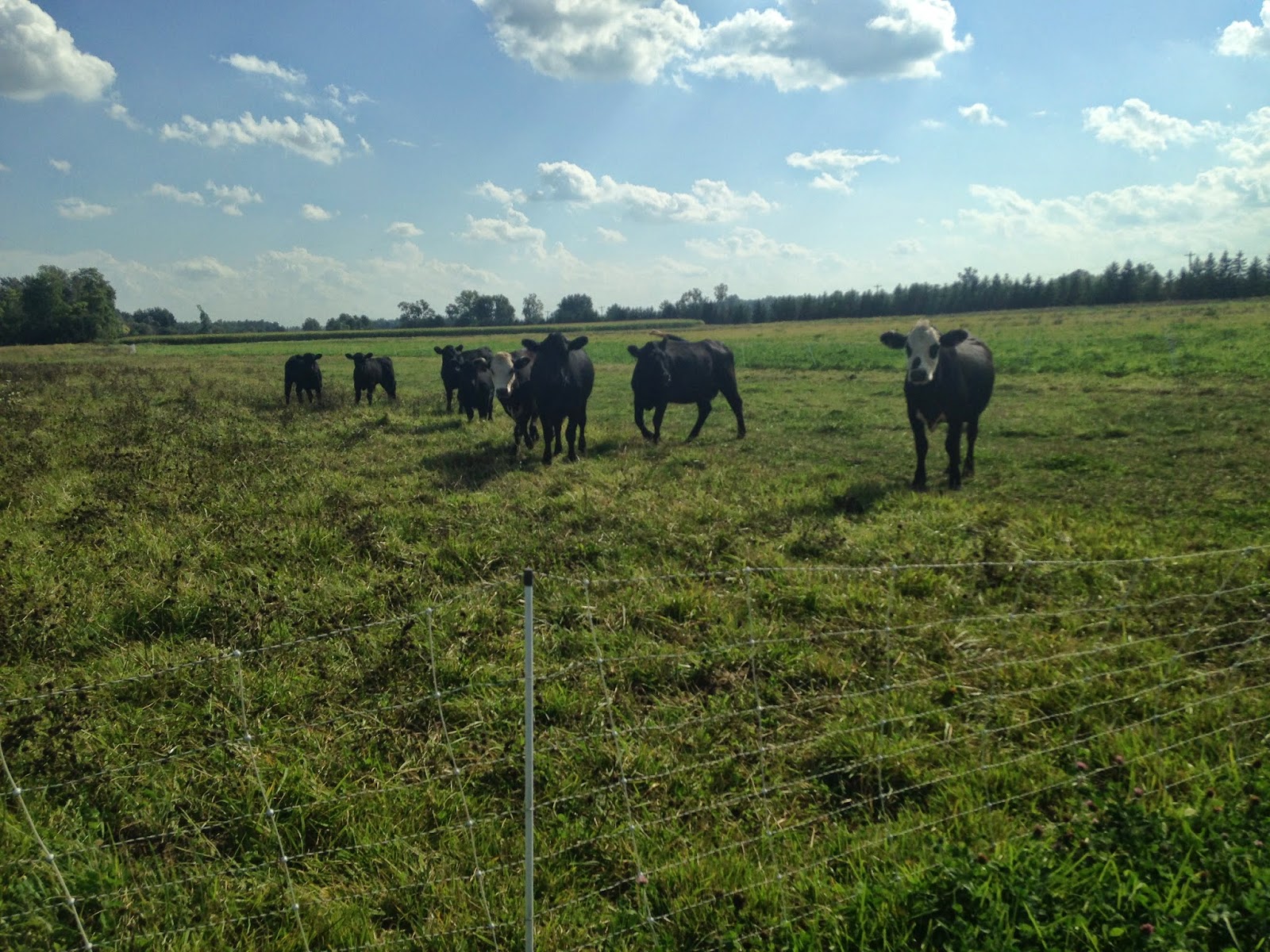 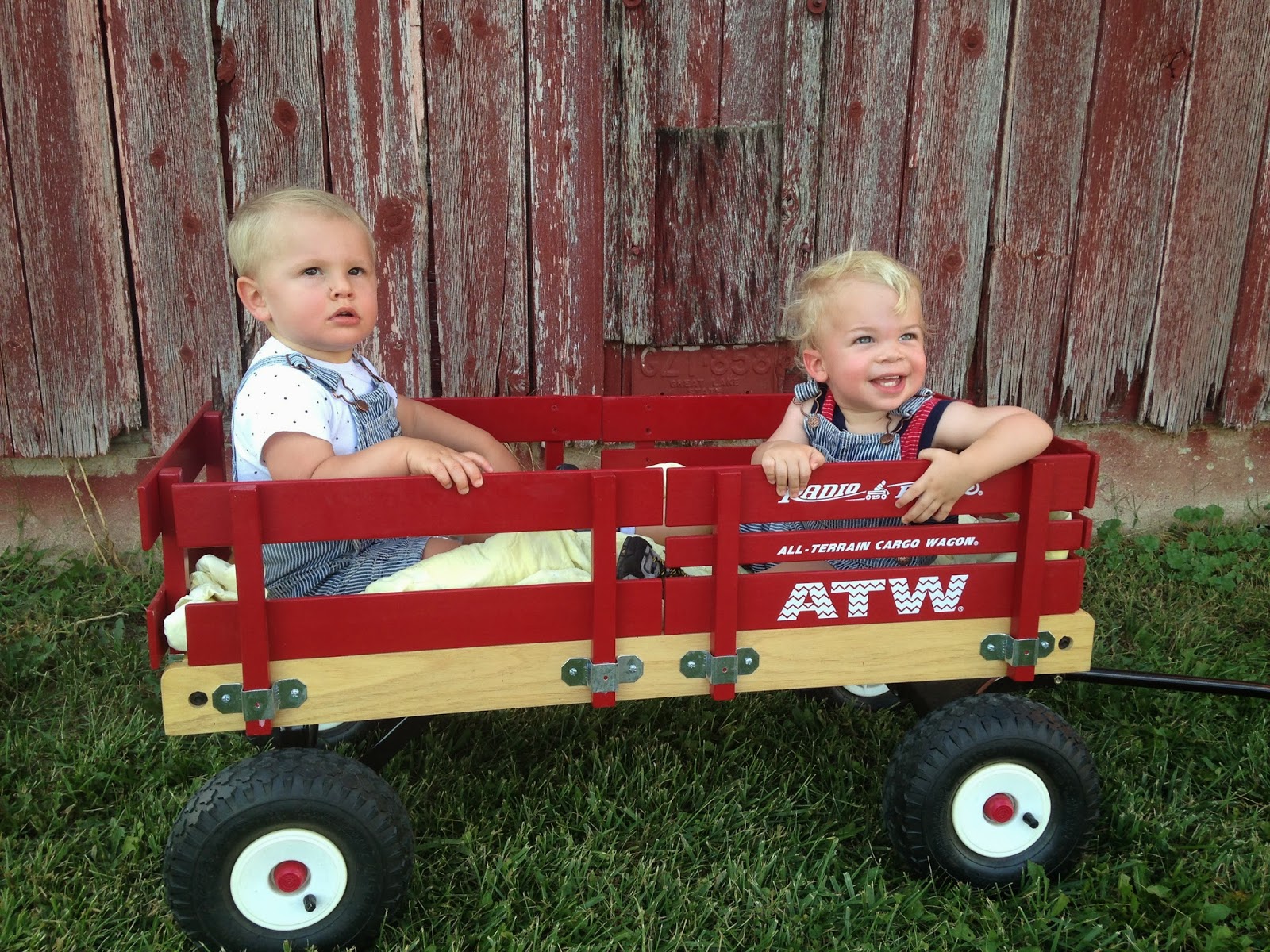 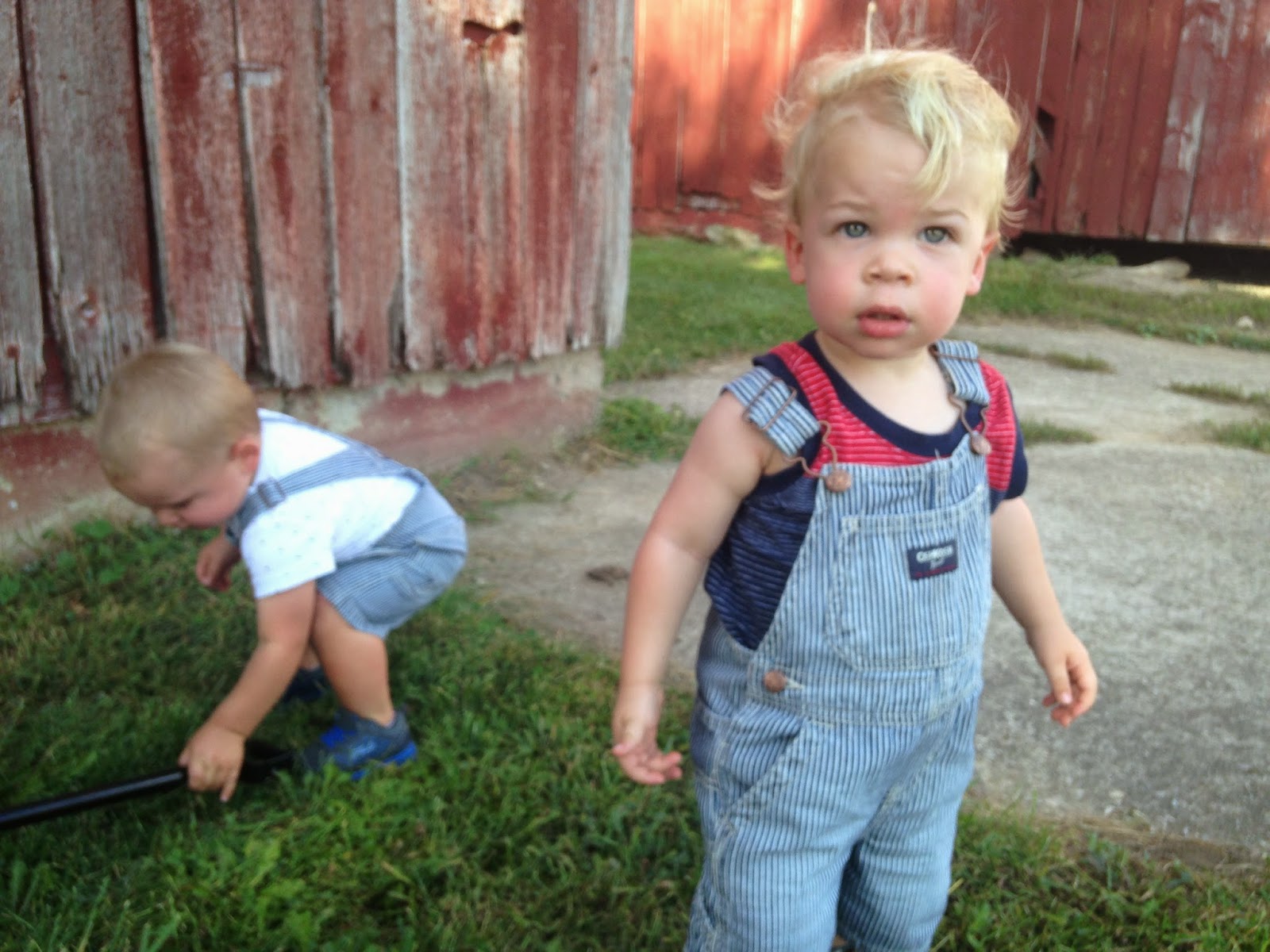 I'll be back later with Part Two.  Prepare yourself for puppies, a pumpkin farm, the park, shenanigans courtesy of Henry and Camden, and a sappy reflection on how good this trip was for my heart.