Back in college, a teammate of mine shared with me a quote of her Dad's that has truly stuck with me ever since.

Now, since becoming a mama, that quote rings true more than everrrrrrrrrrrrr.  I mean, I'm considering writing a mommy manual and making Chapter 1: Prepare for The Humble Smack Down.

Cam, as with other wee humans, has this way of destroying every small victory I even attempt to fist pump when it comes to being his mother and raising him to be a functioning member of society.  This is not to say that I think I have mastered ANY thing related to motherhood or child rearing, but every once in a while, I feel like I've at least made some headway in my quest.  Only to be reminded that I've got a lot to learn.

Tiff and I joke about it often, that we will tell each other about something our boys have done (or in some cases, stopped doing), or something we feel we've finally got figured out, only to be humbled.  Quickly humbled.  Humbled quickly.

- When Cam was resisting sleeping through the night but sleeping pretty decent stretches of time at night, someone would ask about his sleep (I quickly began to loathe this question), I would regale them with his sleeping abilities and then, like Richard Sherman, the midnight monster would come out of nowhere and knock me back on my sleep deprived behind.  No more sleeping decent stretches for several nights.  Humbled.

- Camden loves bath time.  Oh, wait.  No he doesn't.  Screams and refusal to sit down in the bath tub commence.  Humbled.

- Attempting to plan out the day with activities/errands and his nap schedule.  I plan for a one-nap day and he clearly (clearly) needs two.  Or, I plan for two and he refuses the second.  Humbled.

- It's the weekend and with Daylight Saving Time, I guess Cam will sleep until about 7:30am.  In hopes to wash my face and feed myself before releasing him from his bed chamber, I set my alarm for 7:00am.  Not so fast there, mommy.  He wakes up scream shrieking at 5:00.  Humbled.

- After three months of new daycare, I think he's finally stopped crying at drop off and I shout it to the blogging rooftops.  Yeah, that lasted a solid two days.  Cue tears, pouty lip, and the dreaded silent cry.  Humbled.

- Hammy is such a great eater and will eat anything we put on his plate.  The next day he's throwing every piece of food (that he just wolfed down the day prior) off his highchair tray and onto the floor.  Maybe he is my child after all?  Humbled.

- After telling Ryan how sweet Cam had been all day, he (Cam, not Ryan) strolls over, sits in my lap, and bites my forearm.  Humbled.  And bleeding.

See what I mean?  Clearly, I could go on.  But why embarrass myself even more?

In all seriousness, I know this is just a kid being a kid - constantly changing and letting you think you've got your shit together, only to prove you wrong, wrong, wrong-o.  In all reality, if I've learned one thing my 15 month tenure as a mama, it's that you've got to find the humor somewhere - especially in humbling situations. 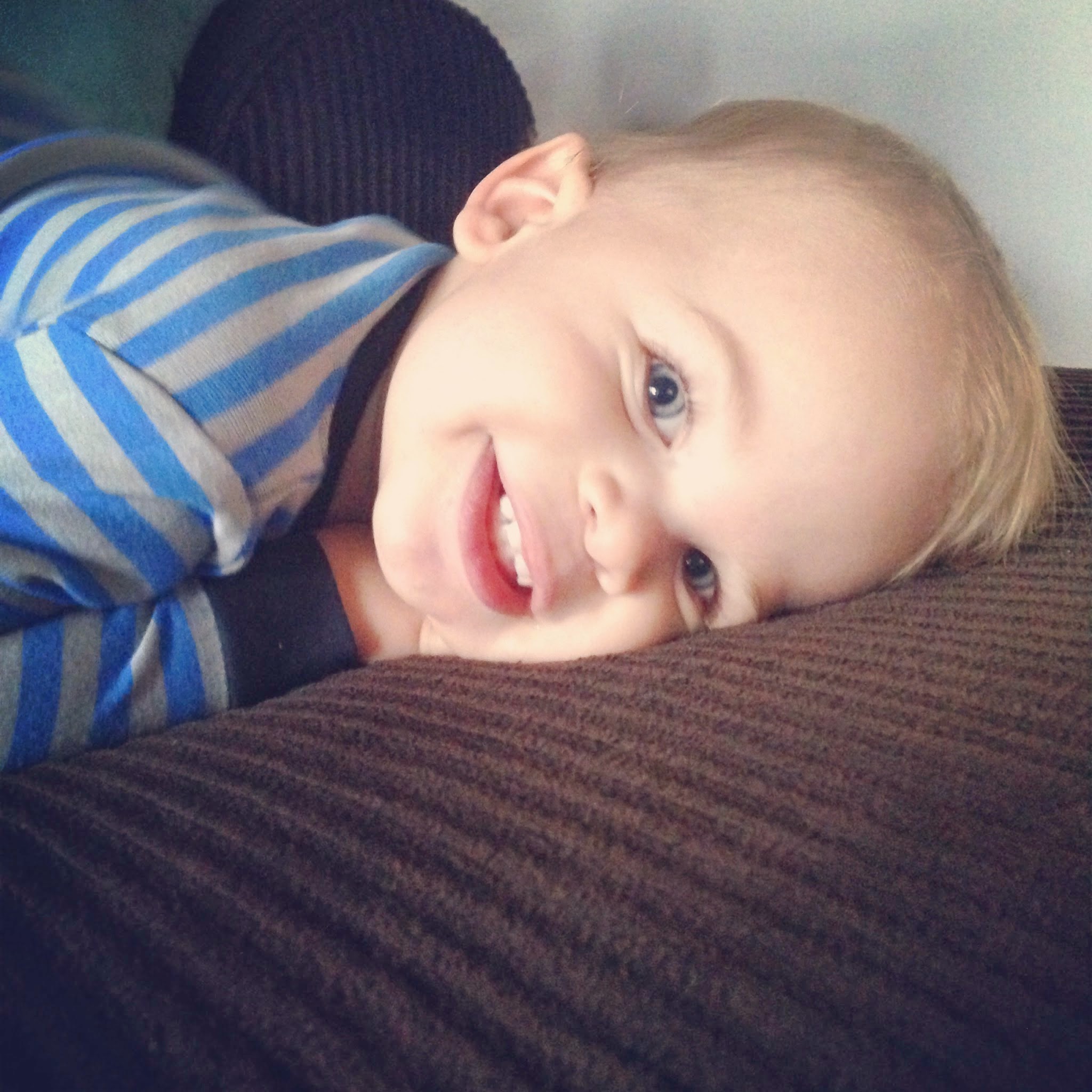 Email ThisBlogThis!Share to TwitterShare to FacebookShare to Pinterest
Labels: Mamahood