I just can't help myself but tell you about my little man cub.  My now-15 month old little man. 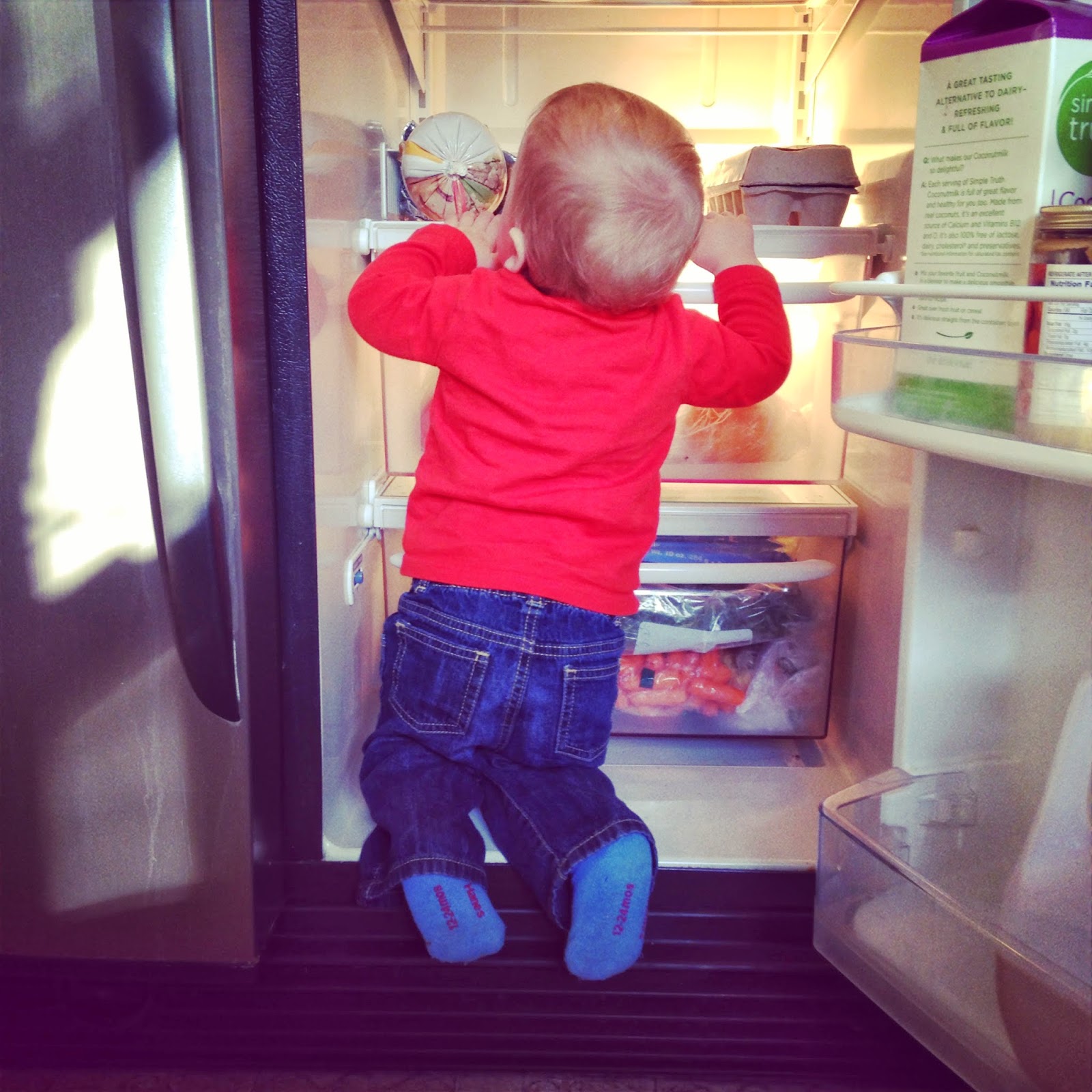 - Showing love for Brock and Sonny by petting and laying his head on them.  He's super gentle with Brock but needs continued reminders to be gentle with Sonny and not tug on her ears. 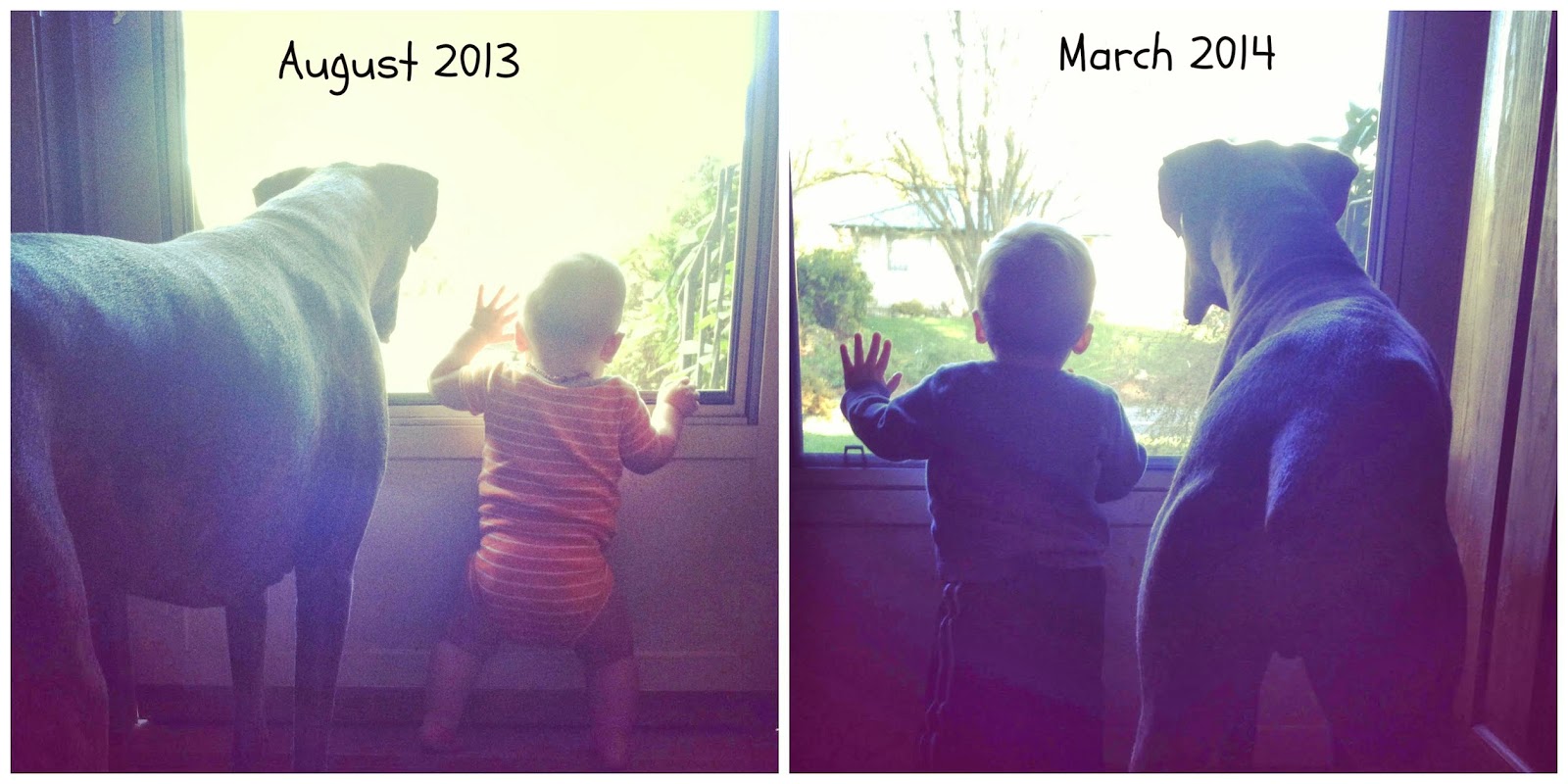 - Will shove his hand down my shirt any time he feels like it.  Any time.  Any place.

- Is quite the snuggler, loves to give hugs,  and has started backing up into us when he wants to sit in our laps

- Totally and 100% knows how to nod his head "yes," but refuses and violently shakes his head "no," instead

- May be very fitting for him to be a chipmunk, squirrel, or hamster for Halloween considering his apparent need to see how much food he can hide in his squishy, puffy cheeks

- Wants his breakfast, lunch, and dinner... And yours too.  Offer him a bite and he may take off a finger

- Knows the sign for "more."  Especially when it comes to asking for more of Costco's weekend sample size four-cheese tortellini.

- Has developed quite the attachment to his blanket and lovey.  He may or may not get slightly frustrated when trying to pull his blanket through the crib slats.

- Speaking of attachments, he also recently found his St. Louis Cardinals hat and loves to wear it.  I don't mind - even though it makes him look like he's about to walk out the door to Kindergarten. 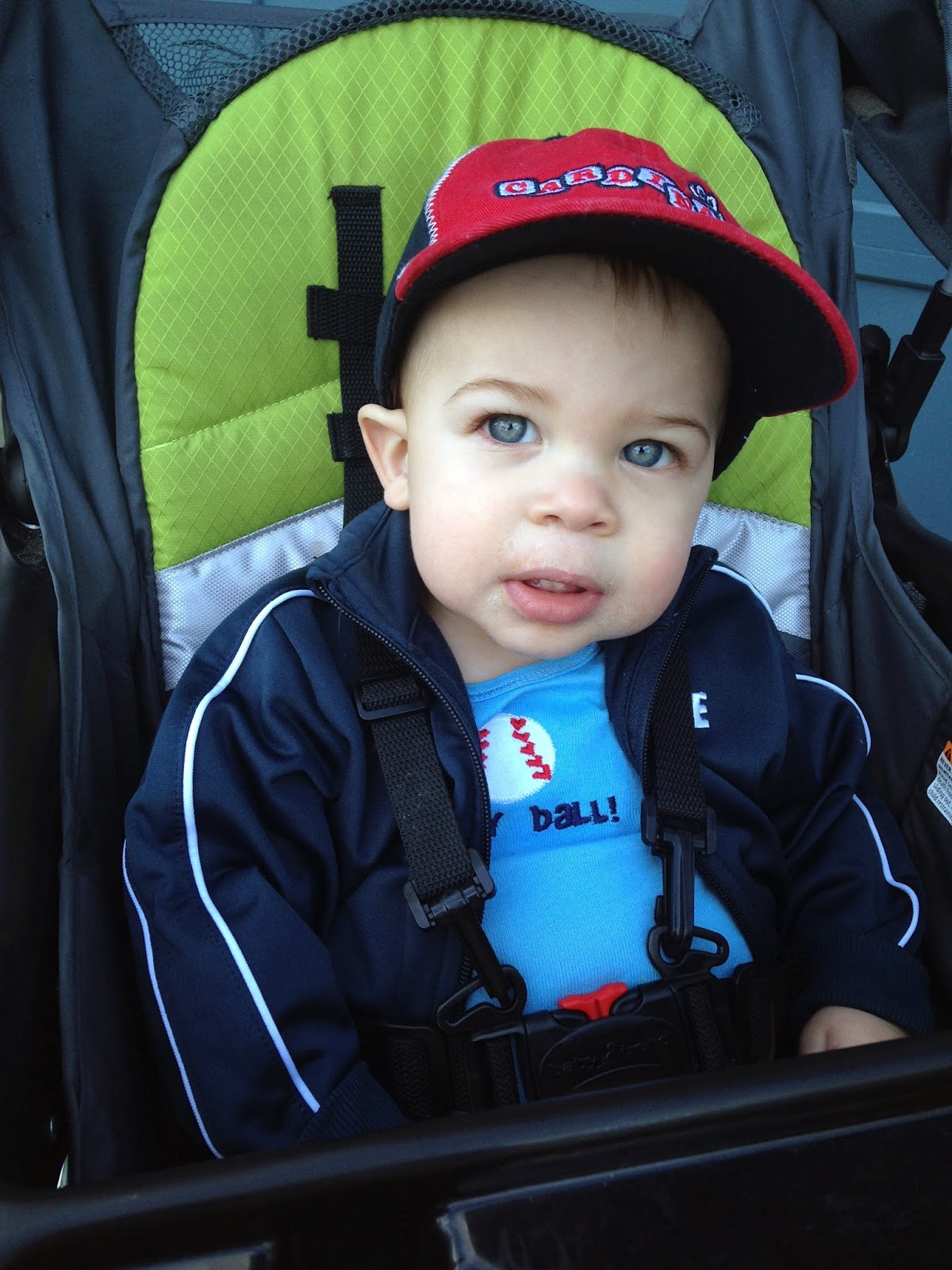 - Knows to trot down the hall to his room when we say, "Time for night-night" and "Let's change your diaper," and literally runs to the bathroom when it's "Bath time."

- Goes straight for the opened box of tampons in the bottom bathroom cupboard.  Every time.

- We've transitioned to have pacifiers only available at nap and bedtime.  Hell hath no fury like Camden spotting Roberto (the monkey pacifier) or Franky (the frog pacifier) outside the baby cage. 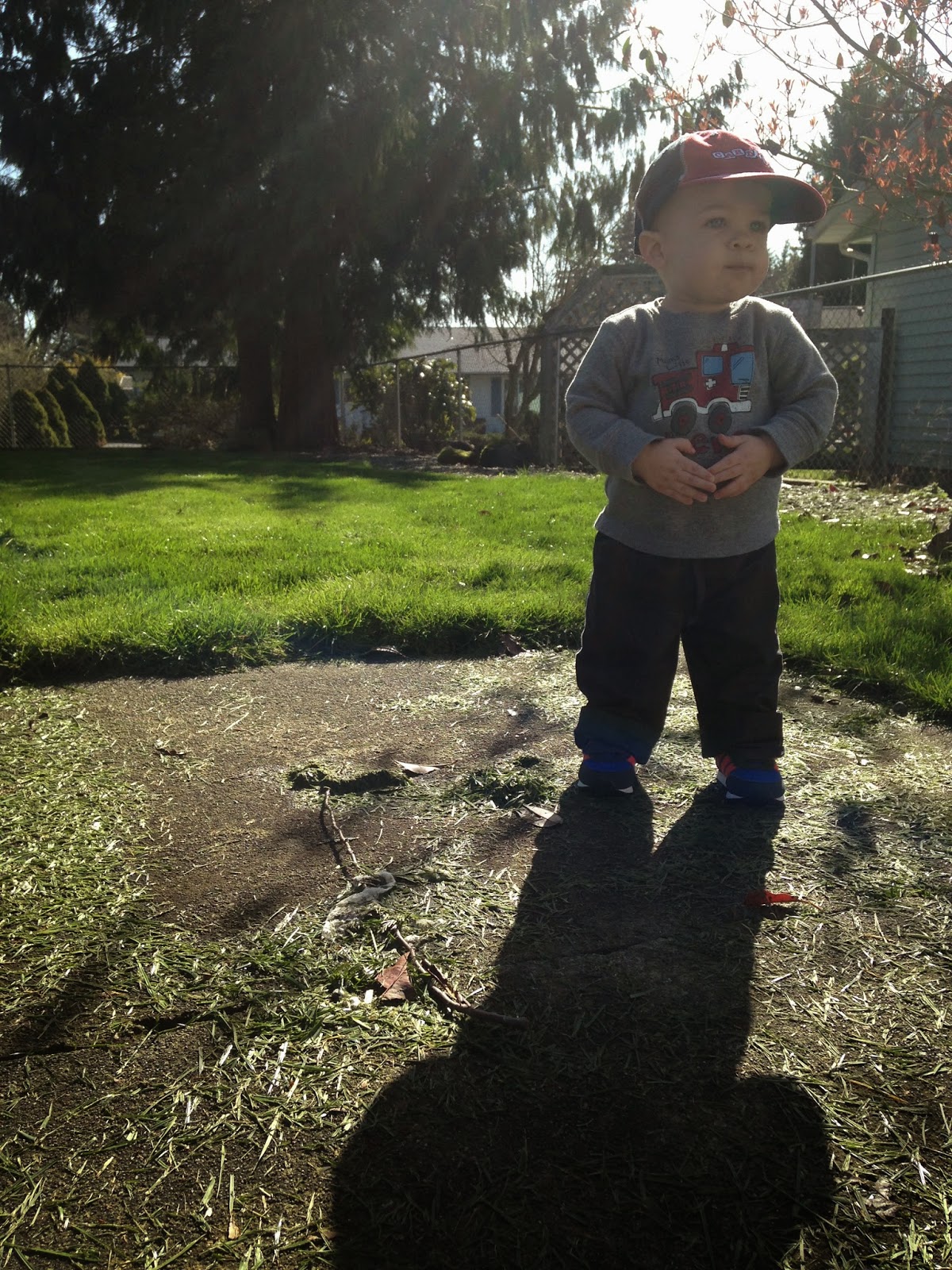 - Can point to his head, and maybe if you're lucky - his nose, too

- Drinks milk and water from a sippy cup.  I swear our neighbors can probably hear him gulping his water (and subsequent gasps for air) on a daily basis. 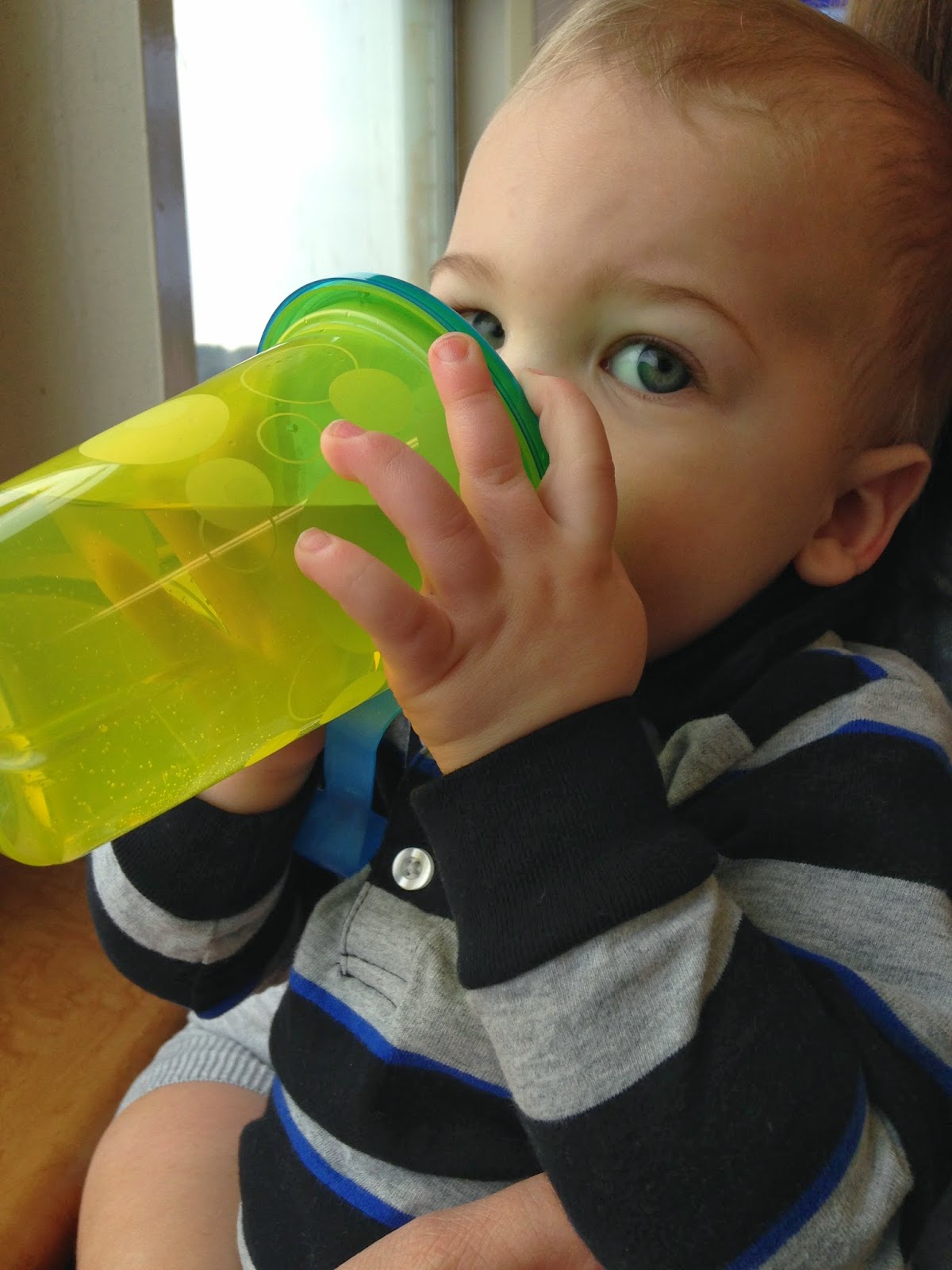 - Really, really likes to throw his sippy cup to the ground from his highchair perch, but will clap for himself when he does happen to place it nicely on the tray.

- Also really gets a kick out of feeding himself yogurt. 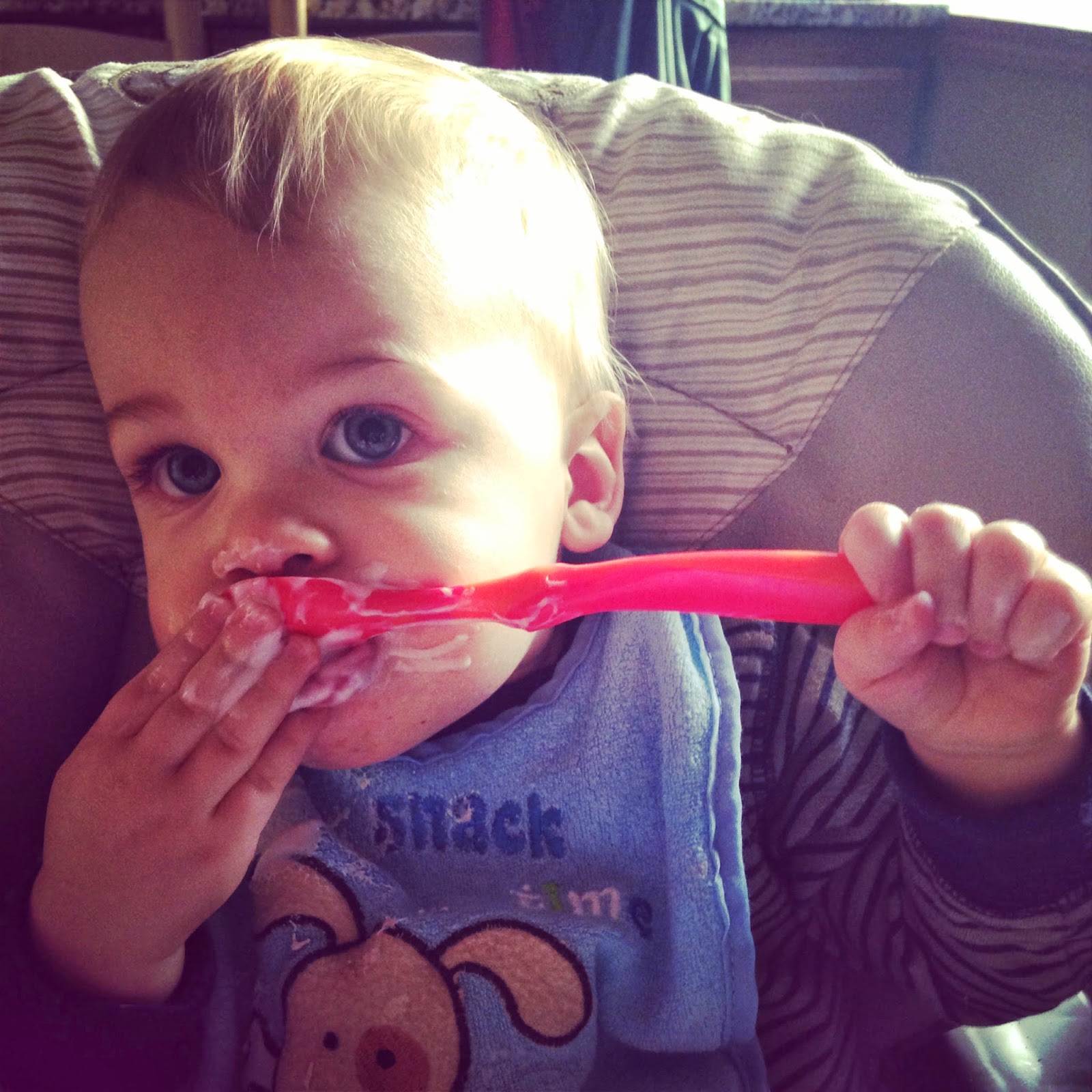 - How dare I try and escape to try and pee behind a closed bathroom door yesterday.  He stood yelling, "Mamamamamama!" and knocking (yes, knocking) on the door for the duration of my attempted alone time.

- Loves to dance and spin in a circle

- Those four molars I talked about two months ago?  They're still working their way through.  Good times.

I say this all the time - but I am truly, truly loving this age.  I try and try to get time to stop, but it's not listening.  Instead, I'm trying to live and enjoy the "right now" and soak up my beautiful, sweet, and fun-ny boy.  Before he turns terrible two and I want to give him away.  Just kidding.