I looked back on Cam's fifth birthday post just now and it feels like it was both a lifetime ago and just yesterday.  This year has been full of changes for him and he has truly rocked it.  I just cannot cannot cannot believe he is six and officially needs two hands to show his age with his fingers.

Of course, I am queen of bias when it comes to him and his siblings but this kid is truly special. 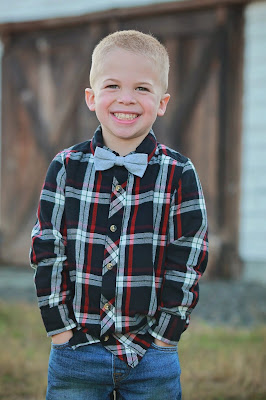 - Is incredibly loving and affectionate

-  Has two (maybe three?) loose teeth and says he wants them to be shot out with a Nerf gun.  One of them is hanging by a thread, I swear

- Has started playing indoor soccer with the Thunder Cats

- Takes gymnastics (Comets 2) twice a week with Coach Sam and it is amazing how much his strength and coordination has improved.  He is so fun to watch!

- Is catching onto reading really quickly

- Loves to draw, practice writing his first and last name, and various words and phrases (after asking how to spell them of course)

- Started Kindergarten and absolutely loves it and his teacher, Ms. Ryan.  During his parent/teacher conference she said that he is the most articulate and socialized kid in his class, one of only a handful that can count to 100 and will be truly reading by the end of the school year, and has wonderful penmanship.  The two things he needs to work on are not blurting out answers/questions before being called on... and not hugging everyone all of the time.  Did I mention he was a very loving and affectionate kid?

- He came home on the first day of school saying that there was a very pretty girl in his class and that he would like to marry her... but he couldn't tell me what her name was.  Turns out her name is Mazie and she is adorable.

- His best friends in his class are Kaleo, Kamden (KJ), Charlie, Kainoa, Shane and Mazie.

- Seriously seems like he's made friends with at least half of the school so far.  I volunteer in his class on Tuesday afternoons and when we walk out together at the end of the school day he hugs at least 10 kids goodbye.

- His principal calls him "Boss."

- Has developed a very cute friendship with our neighbor, Ian.  It's like they are brothers.  Ian is very protective of Cam and walks him to his classroom everyday when they get to school (even though Cam is more than capable of doing it himself) and Cam looks up to Ian like he is the bees knees.

- Became a big brother again and adores his baby brother more than I had imagined he would.  He is constantly asking to hold him and I frequently have to ask him to "stop kissing the baby." He tells me at least three times a day that "baby brother is soooooo cute!"

- Apparently not as terrified of natural disasters as he once was?  They had the "big shake" drill at school a few weeks ago and he came home saying it was his favorite thing about school

- A fireman came into their class to talk about fire safety and it left a big impression on him because no he will now randomly say "if there is a fire in your house, Mommy - don't worry about your toys.  Just worry about yourself."

- Favorite TV shows are Blaze and the Monster Machines, Teen Titans Go, and Loud House.  I'm also forcing the kids to watch Crikey! It's the Irwins and he really likes that too

- Is still so snuggly and I LOVE IT

Interview update:
Favorite Color: All of the blues
Favorite Movie: Incredibles 2
Favorite TV Show: Puppy Pals and Paw Patrol
Favorite Animal: Cheetah
Favorite Book: Anything about cheetahs
What do you want to be when you grow up?: An Army guy
Who is your best friend?: Of course Shane and Mazie
Favorite thing to learn about at school: Reading and writing letters
Favorite food: Pizza
Favorite Drink: Chocolate milk
Favorite Activity: Jump on trampolines and do backflips
Favorite Song: The River
Favorite thing about yourself: When I played my first game of indoor soccer I worked really hard and scored a goal 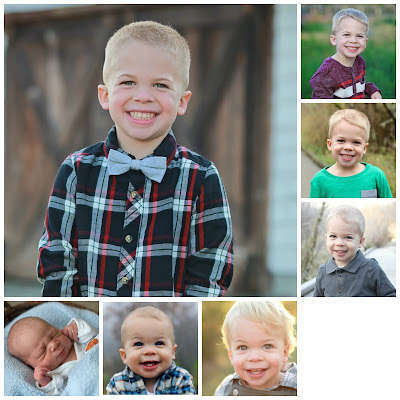 Camden James.  There really are no words to adequately describe how much I love you and how incredibly proud I am to be your Mommy.  You are smart, funny, outgoing, and very silly.  People are drawn to you because you are so happy, loving, and full of life  Being your mom and watching you grow and experience this world is such a joy and privilege.  It truly is an honor.  I love you, my Super Cam.

Take Luck,
LP
Posted by Lauren Peters Blog at 9:13 AM