We officially moved this past weekend and I officially never want to move ever, ever again. 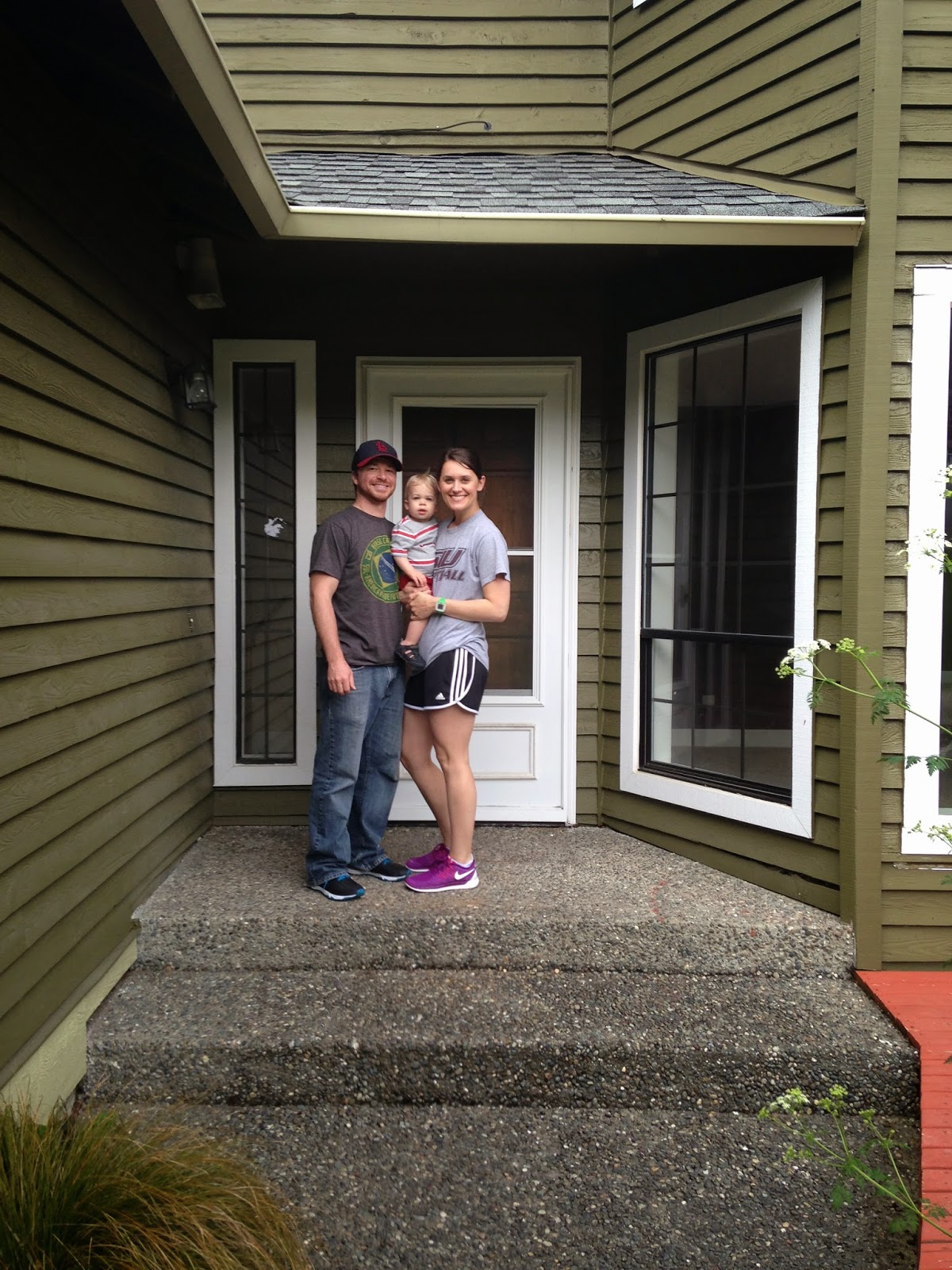 When I starting packing up the Ridgemont house, I kept thinking that we didn't really have that much stuff and we could whip it out in a day.  Wrong, wrong, wrong, with an extra side of wrong.  Ryan and I were amazed at the amount of stuff we had packed into our 1,500 square foot home.

After we signed our closing documents last Monday night, our relator gave us our new keys and I commence the cleaning of the Terrace View house.  We purchased it as a short sale, and it was pretty obvious that the previous owners gave up on the upkeep of the home when they gave up paying for the home.  Mom and I started with the carpets on Tuesday night - vacuuming, spraying, scrubbing, and shampooing like crazy.  A few hours made a big difference.

I took Thursday off of work and spent the entire day cleaning the rest of the new house and started to wonder if they had owned cleaning supplies of any kind.  I'm not a clean freak by any means, so for me to say it was bad - is really saying something.  I totally understand them knowing that they were losing the home and losing motivation to keep things up - but good grief people you were still living there.  I worked my booty off.

Friday was moving day which meant Ryan making trips back and forth with the big stuff in the U-Haul, and me making trips back and forth with the smaller stuff in the Subaru.  Cam also had a hard little lump on his neck that wasn't going away, so I threw in an appointment with his pediatrician to confirm lymphadenitis (a swollen lymph node) just to make the day even more interesting. While Jess watched Cam, Ryan's buddy Mat came to help us out, and without him - we'd probably still be moving.  Just kidding, sort of.

Saturday we woke up feeling much better than we had anticipated. We kept moving out of Ridgemont and making trips to Terrace View.  Once all our crap was out of the house, I started the deep cleaning process and was so thankful that 1) it's only 1,500 square feet and 2) we are clean people so it didn't take a crazy amount of time and effort to get it done.  I started to feel a little sad knowing that we were leaving our first house and that soon, another family would be living in it.

Sunday we woke up feeling like we got hit by a New York City taxi cab, but persevered and went back to Ridgemont for the last of our stuff.   On the way, and proving just how pooped we were - we had McDonald's and Red Bull for breakfast.  Let me just say that other than their hashbrowns, I had never eaten McDonald's breakfast. Maybe this experience was influenced by my overall state of exhaustion, but I was drooling and swooning over my Sausage McMuffin like I haven't drooled or swooned over food in a long time.  It felt good to be bad.

We had to make one last trip to Ridgemont on Sunday afternoon to load up Dad's truck with the pile of crap that was left on the side of the yard, ready for the dump.  When we arrived, the property management lady was inside doing her walk-thru/inspection in preparation for the new tenants to move in Monday.  She is nice (but super condescending) and didn't waste any time in telling me that the cleanliness of the kitchen was unsatisfactory and that the tenants were "going to have a conniption fit."  I'm pretty sure I gave her the look of death and explained that the kitchen was cleaner than it has ever been.  She walked us through the "deficiencies" and proposed that we refund the tenants anywhere from $150-$200.  Yeah, no.  Not so much.

Long story short, between Ryan, my mom, and some neighbors, over six more hours were spent cleaning the kitchen, just to make sure there would be no reason in hell for the tenants to complain, or for the property management lady to make the same proposition again.

I'm not usually one to gush about how wonderful my hubby is.  I gush plenty about how he irritates me, clearly, but I have to say that Ryan really (and I mean, really) impressed me this past weekend by how much he stepped up.  I lost my shit when the lady was pointing out everything that was "unacceptable" in the kitchen, knowing how hard I worked to get it ready.  I knew/know she was just doing her job, but I was mentally and physically done and not up for doing anything else.  Ryan saw this, hugged me, and was lightning fast to tell me not to worry about it - that he would handle it.  Uhhhhm, I'm sorry, who are you?!  Whoever you are - you are amazing.

He stayed at Ridgemont until 1am.

So, like I said, many unexciting paragraphs ago - we are officially in our new house and getting settled, while new tenants are in the old house.  I drove by Ridgemont on Monday evening after picking Camden up from daycare and was surprised how sad I felt seeing someone else in our house.  I decided I shouldn't drive by there anymore.  It's still pretty chaotic at Terrace View with painters tackling rooms that needed therapy and boxes needing to be unloaded and organized.  Oh, and did I mention that Brock seems to be terrified of being left alone and is peeing all over the place? There's that, too.

The new house doesn't feel like "ours" quite yet, but I think it will once things quiet down a little bit.  We are loving the views, loving the layout of the house, and all the extra space we have.  Cam has had no trouble with the transition and seems to love running through the house and climbing up the stairs to his new bedroom. The backyard is only partially fenced so I am not loving taking the dogs out on their leashes and standing there while they do their business.  I'm pretty sure dogs like their privacy, too. 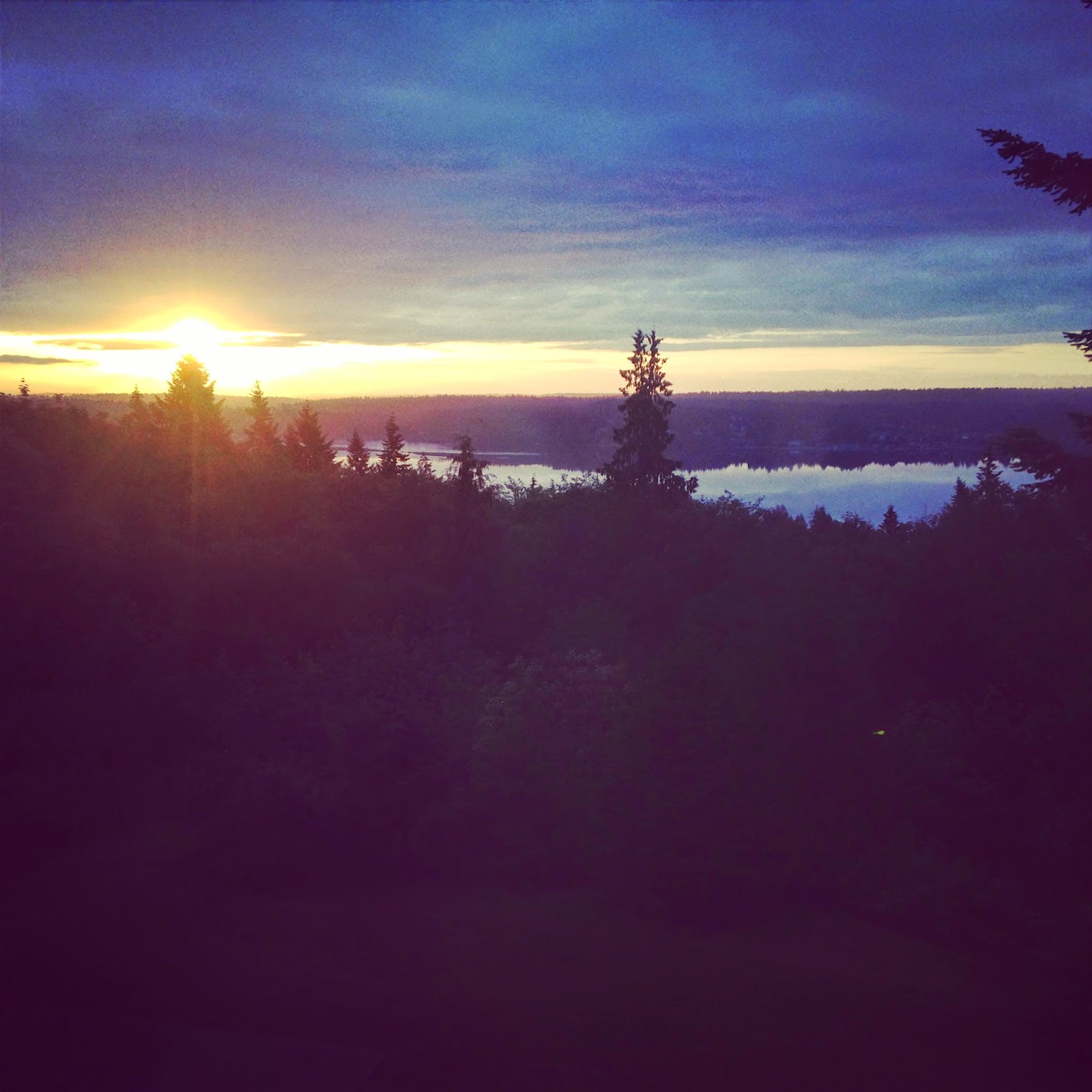 We now live 4.0 miles from Target and 4.2 miles from Panera Bread Co. AND Fro-Yo.  Dangerous, I tell ya.
We could not have done what we did without my parents going above and beyond and saying "yes" to anything we asked. They rock.