Sonny may look sweet (she is) and innocent (she isn't) on the outside, but she is mischievous to her core. 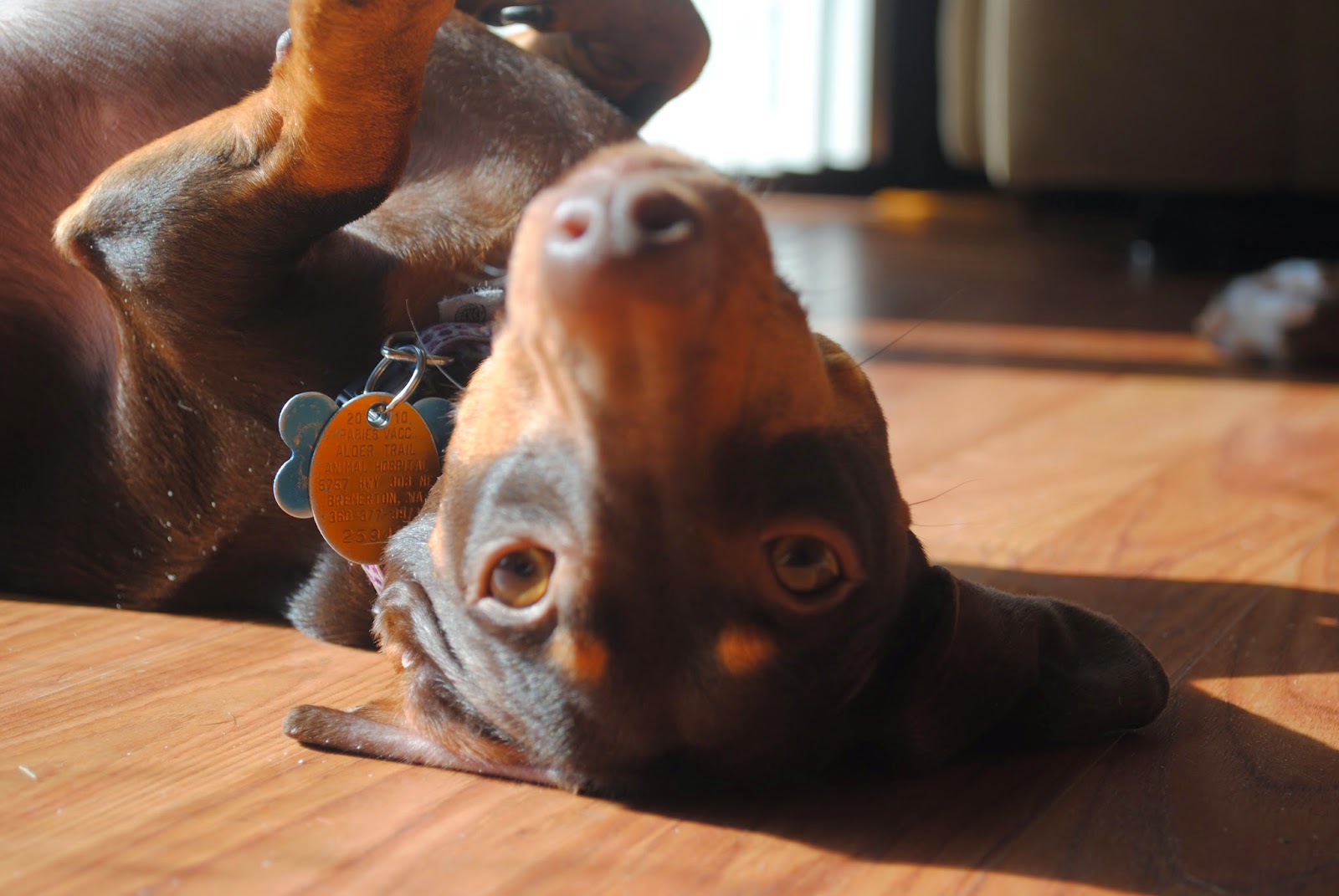 When we lived with my parents for a short time pre-Ridgemont, she would find any hole in their backyard fence to escape from.  I can't even guess how many times we were out there looking for her, listening for her collar jingle-jangle beyond the fence, and how many patches my poor dad had to make to try and keep her inside.  She always escaped, and we always found her.

I mentioned that our new backyard is only partially fenced, and because Brock and Sonny have a new fondness for chasing the birds and wild bunnies that frolic in the yard, we put them on their leashes when they go out to potty.  Normally I've got Camden in my right arm/on my right hip and a leash in each hand.  It really is a sight.  Brock is an idiot, but listens pretty well.  Sonny is mischievous and doesn't listen particularly well.  You see where this is going, yes?

Yesterday evening, right after Ryan got home from his seventh consecutive 12-hour shift, I started dinner when he went up to shower.  Both puppies were sitting at the deck door so I grabbed Camden and their leashes and made a big, big mistake.  Normally, I either put their leashes on while still inside or they are good little puppies and wait while I put their leashes on immediately after stepping outside.  Not today.

The door opened and they both took off.  And I mean, took off, heading right for the line of trees that stands between our backyard and a ravine.

I ran down the steps and into the yard, almost stepping on a playing-possum-rat (gah!) yelling at both dogs to come back.  Brock, bless his big, dopey heart, stopped at the tree line, obeyed and came right to me.  Sonny ran into the trees and didn't look back.

I stood there, looking like an idiot, calling her name, and could still hear her collar jingle-jangling, then confident that she would hear the tone in my voice and come back with a proud smile on her face.  Nothing.

I ran up into the house, put Brock inside, and came back out with treats (and Camden in the Ergo) thinking that she would certainly be lured out by the sound of me shaking the treat bucket.  No collar jingle-jangle.  Nothing.  The I'm-about-to-lose-it-lump started it's creep up my throat because I knew exactly what was (or wasn't?) beyond the trees.  The ravine.

I started to panic and kept yelling her name, my voice really starting to shake.  I went next door to ask permission to go look in their backyard.  I kept shaking the bucket and calling her name, stopping every few seconds to try and hear the jingle-jangle I so desperately wanted to hear.  Nothing.  Ugly crying commences.

Ryan joined in the search (just what he wanted to do after another long day at work), and I don't know if it was because he was so tired or what, but he was emotionless.  Emotionless as if he was preparing for us not to find her.  Forget ugly crying, I was hysterical.

I kept calling her and calling her.  Nothing.  No rustling of bushes, no jingle-jangle.  Nothing.  Just the image in my head of her falling down the ravine and me becoming exponentially more panicked with each passing minute.  For every time I called her name, Camden would echo with "Shu-She" and I became even more hysterical at the thought of him losing his Shu-She.

About 15 minutes into the search, I called my parents for reinforcements.  I don't really recall the conversation with my mom, but somehow she understood my words through my sobs and said they would be right over.

I ended up going to three different neighbors houses, asking I could look in their backyards, and giving them a quick description of what she looks like.  They were all very nice and obliging to the crazy-hysterical woman who's child wasn't wearing pants (sorry, Cammy).  Each one of them was quick to point out that, "You know if she goes down the ravine... She's not coming back up."  All I could do was swallow what I really wanted to say and respond with, "That's what I'm afraid of." In case you were wondering, what I really wanted to say was, "THANKS, EFFING ASSHOLE!  I HADN'T CONSIDERED THAT POSSIBILITY!" They also let us know that bears, coyotes, mountain lions, and big daddy raccoons roam the woods surrounding our neighborhood. Fabulous. 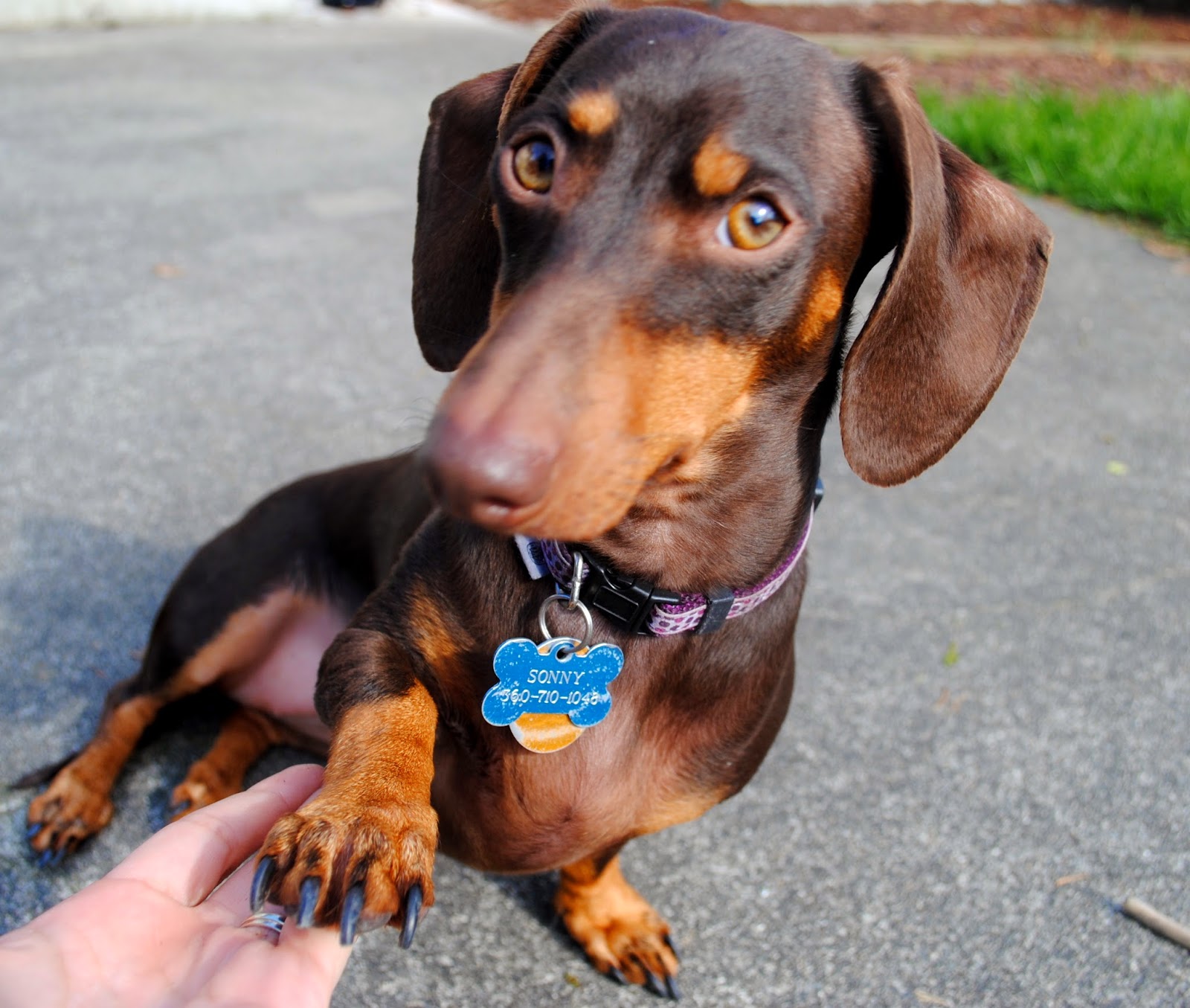 More "Shu-She" calling, more bucket shaking, more time passing.  Nothing.  Except more hysterics, hyperventilation, feeling nauseated, and every few seconds Camden giving my mid-section a little squeeze with his arms (which by the way, he'll never know how precious and perfectly timed those squeezes were).

For whatever reason, I kept going back to this one section of our neighbor's yard.  They had a small rock wall dividing their yard from the ravine, and behind the wall growing on what small amount of land left was a bunch of bushes.  There was a small path/opening beside the wall where they could drop their yard clippings.  Standing in that opening and feeling totally defeated, I shook the bucket again.  And guess what I heard?  The faintest little jingle-jangle.  All shakiness left my voice and I called her name.  More jingle-jangle and the slightest rustling of bushes.

From wherever Ryan was looking, he could hear the change in my calls and came over with my parents. I did the really stupid thing, of course, and went into the opening to stand on some seriously unstable pile of yard debris, calling her name, trying to encourage her to come out.  I could hear her trying to move and could tell she was stuck.  Ryan, the hero, came over and ventured out further to try and see her, and he spotted her right away.  She was so far back (and stuck) in these bushes that I had to go get our hedge clippers so Ryan could cut his way into her.  He got her out, handed her to my dad, and then my dad helped pull Ryan out.  It was like our own damn 45-minute search and rescue mission.

We headed back towards the house and once my heart started beating regularly I sat down on the grass and said that since I knew she was alive, I was going to kill her.  Just kidding.  But I really did say that.

Once everyone was back inside, and Sonny in timeout, I kept thinking that this little search and rescue mission could have ended differently, and I forced myself to just focus on the fact that we found her.  She's ok.  Perspective really set in when I realized, she's a frigging dog (who we love very much, obbbbbbviously), and cannot begin to imagine how indescribably awful it would be if I thought I'd lost Camden.  I won't even go there.

So, you might be asking yourself - did she just blog about losing her dog for 45 minutes?  Yes, I did.  Was it a dramatic and traumatic experience?  Hell yes.  But, trust me when I said that I also realize it pales in comparison to others misfortunes.  Sometimes, with everything we have going on in life, I have very little patience left for these dogs.  This experience served as a good reminder of how much I love them both and how important they are to our family. I wrote out this dramatic manifesto because I want to be able to look back on these 45 minutes someday, maybe someday when Sonny isn't around anymore, and laugh at how big of a little shit she was.

And how Camden called her "Shu-She." 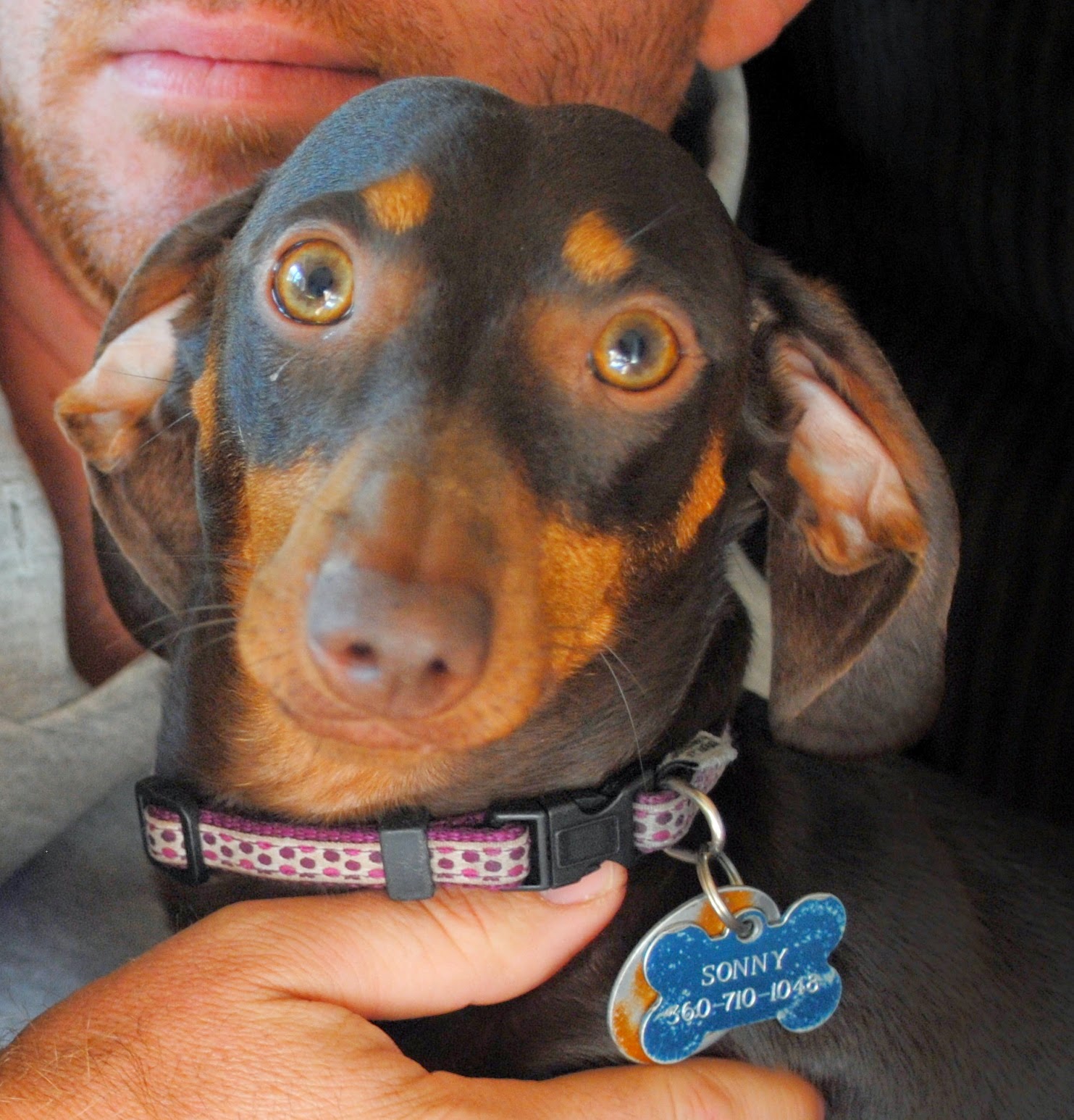