I'm pretty confident that since the day we found out we were expecting a boy, Ryan has been excited for him to play soccer.

After talking to our rental tenants, who have one of their little boys in a soccer program/class at our local indoor center, we decided the time had come.

Of course, the class time for 2-3 year olds is Saturday mornings at 9am, so this meant choosing between taking Cam to gymnastics (which he loved!) and giving soccer a try.  We asked Camden which he would rather do - gymnastics or soccer, and I'm pretty sure he yelled his response.  Soccer.

In the few parent/child activities we have/had Cam involved in, I've always been the parent that participated with him.  I was personally very (repeat, very) excited to be able to sit on the bleachers and watch.

The morning of the first class, Ryan said that it felt like Christmas Day because he had been waiting for this day for so long.  I don't typically swoon over too many things my husband says/does, but this day was totally swoon-worthy.

And this excited face? 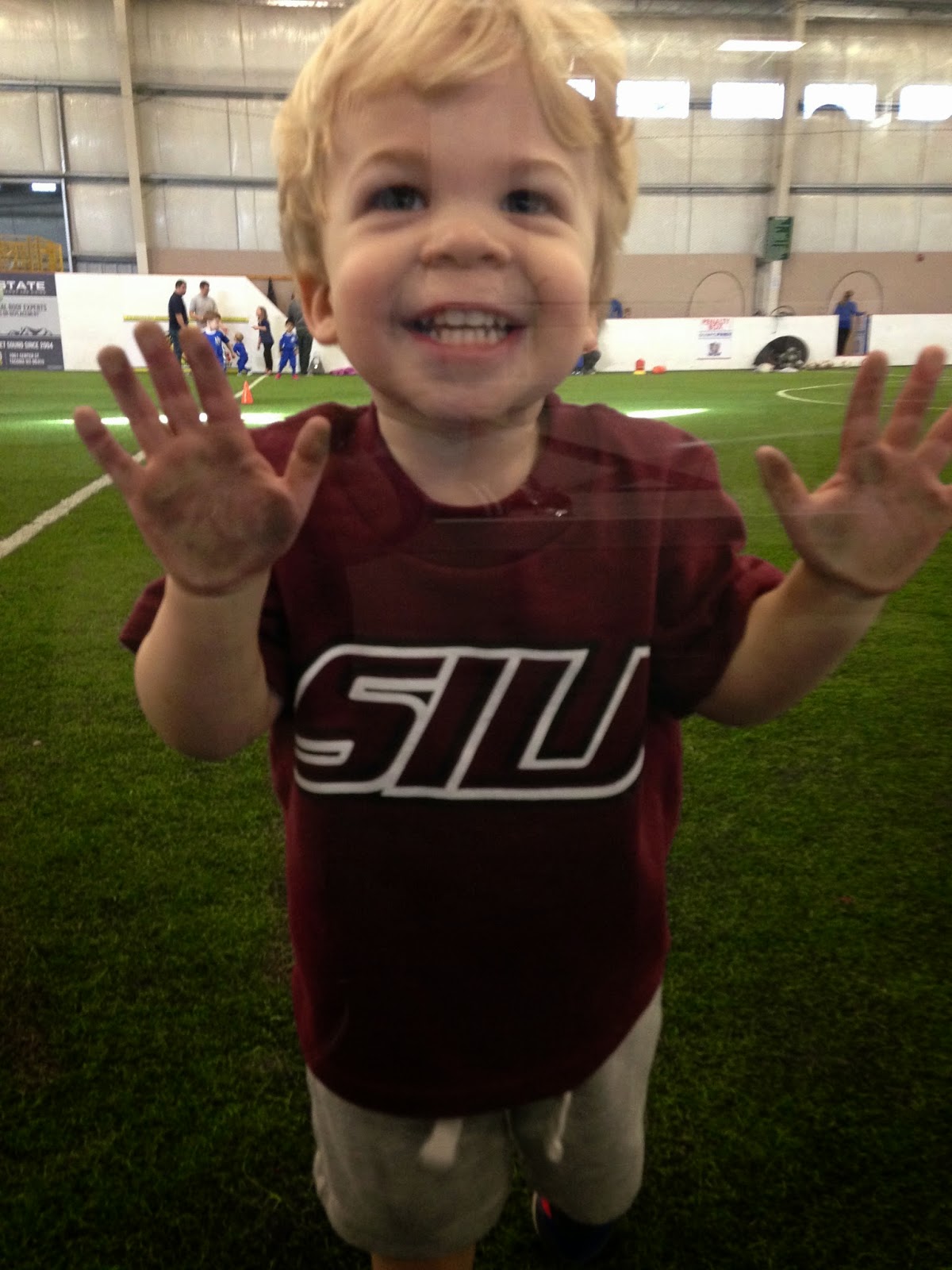 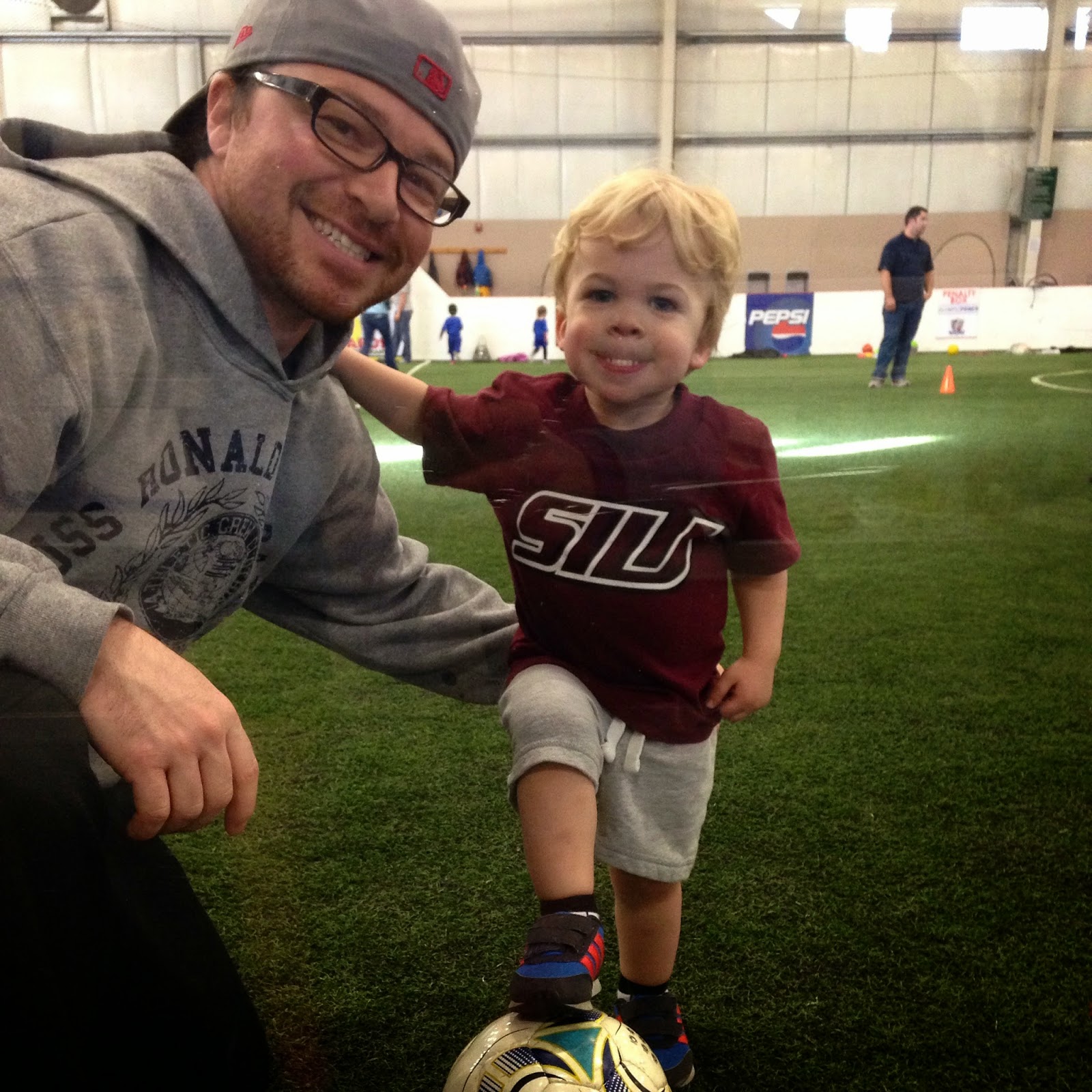 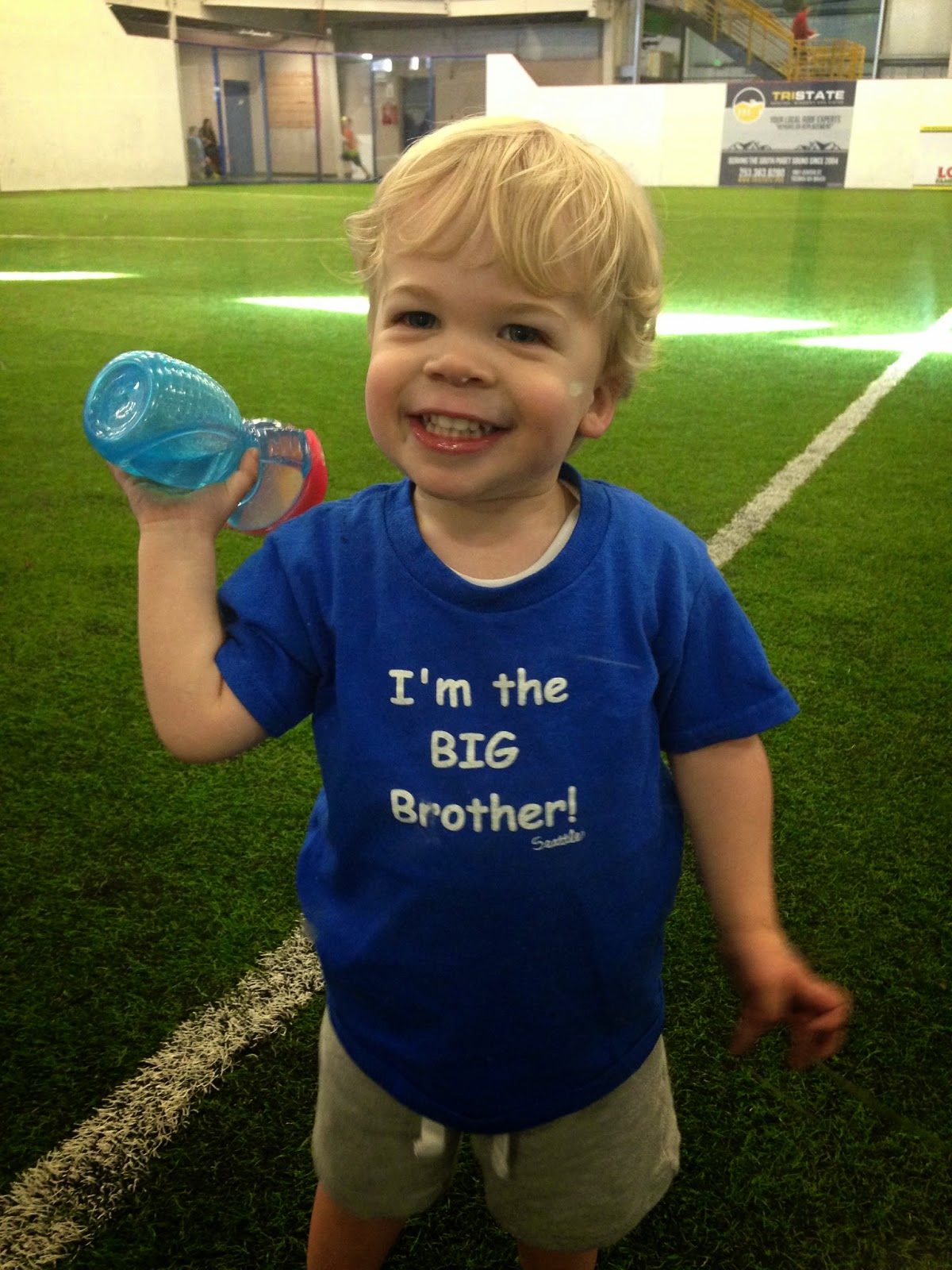 If you sign up for an entire session, you get a uniform.  The first two classes we were able to go to (due to already paying for gymnastics and being out of town) was just considered a drop-in.  So, the little munchkin was the odd-ball out in his t-shirt and shorts.  He didn't care - he was just happy to be running free like a wild beast, kicking a ball, and spending time with his Daddy.

It's total chaos.  Imagine twelve (or so, I can't keep track of the ankle biters) little 2-3 year olds running around chasing balls.

We signed up for a new session, got the majorly oversized uniform, and had one proud (ahem, adorable) little man on our hands. 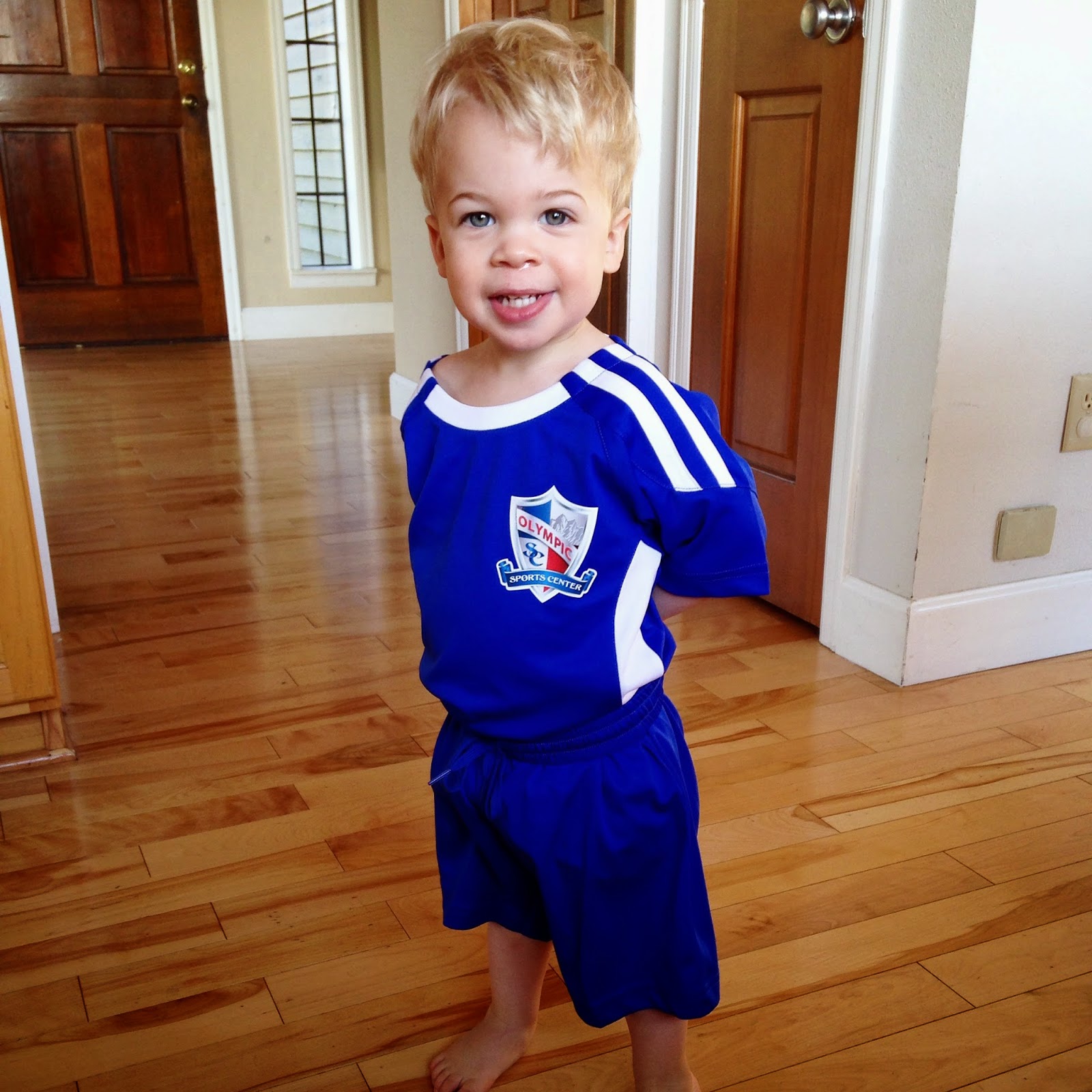 Hammy is definitely one of the younger kids in his little class and it shows sometimes.  He would much rather run around for the 50 minutes of class than take water breaks or sit in a line and listen to his coaches talk about the next drill.  "Skill" and coordination wise he blends in with the bunch, but if you see a little blue blur with blonde hair while everyone else is sitting in the goal -- it's probably the Camnado.

He loves to shoot a goal, put his hands up in the air and yell, "Gooooooal!" and then clap for himself. He also likes to try his hand at shooting the soccer ball as a basketball and rolling his body on top of the soccer ball.  Clearly, we have some work to do on the "no hands" concept.  Whatever he's doing - it's quite the entertaining sight.

It's amazing (and a little frightening) to me to think about the years (and years) of soccer practices and games that lie ahead.