Cam has been to our local zoo twice.  But never in the daylight.

The first time was when he was two weeks old and we thought - why not take him to Zoo Lights?  I don't even have photographic evidence of this adventure - which leads me to believe that I was mostly concerned with getting everyone there and back alive.

We took him back to Zoo Lights a second time last December.  I do have photographic evidence of that trip, and my recollection of him being #notimpressed was spot on. 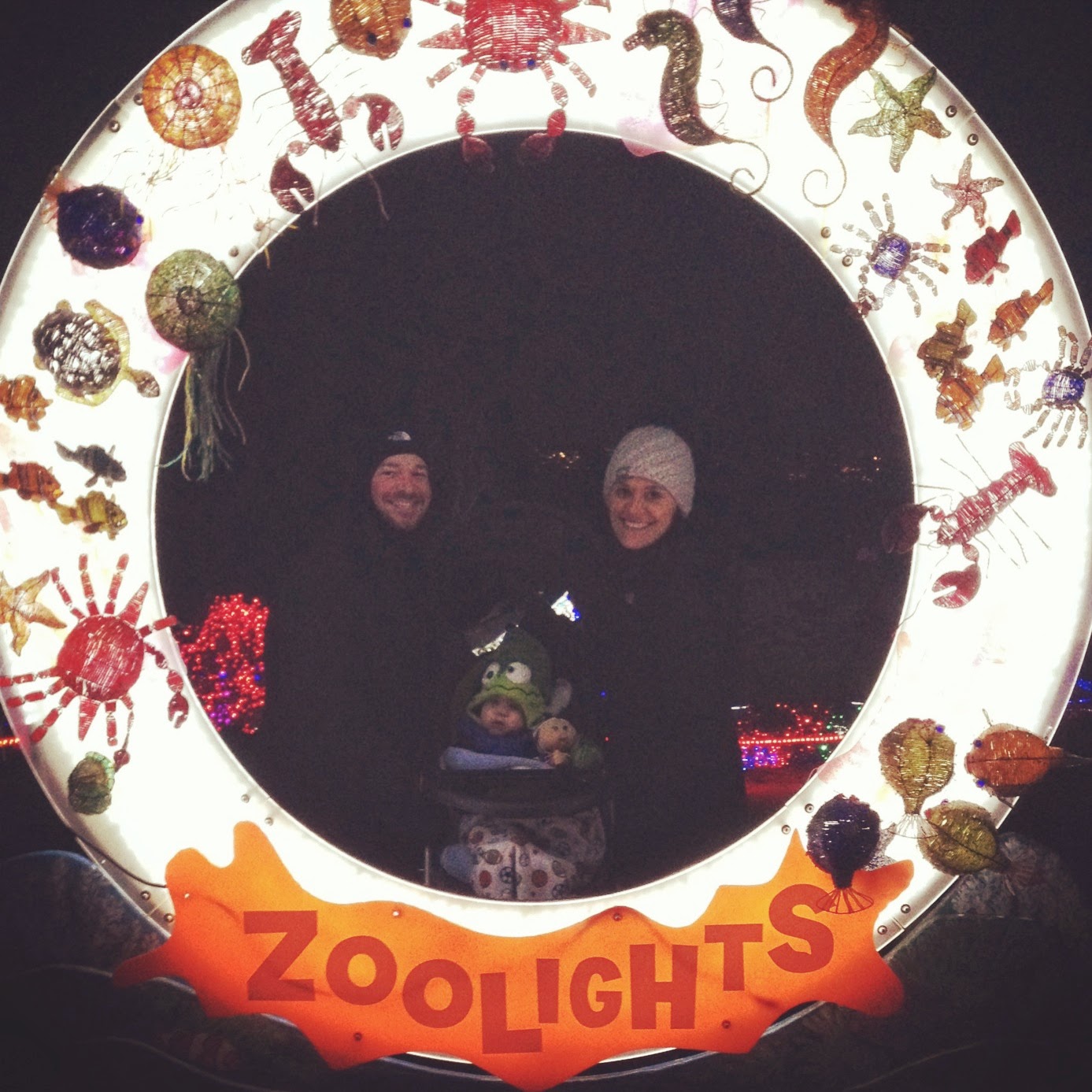 With Ryan finally being off the never-ending 12 hour shift, I insisted that we make the short drive to Point Defiance Zoo on Saturday.  I also insisted that we get there as close to opening time as possible, to try and avoid the crowds, and make sure we got Hammy back to the car and home in time for a decent nap.  This kid is wild when he has a three hour nap, but is an ornery hellion when he doesn't get a decent nap.

I should say that in the last few months Camden has really surprised me by not enjoying things that I just swear up and down he will.  Deep down I was really confident that he would love the zoo (in the daylight) but also tried to set my expectations at a reasonable level so I wouldn't be too disappointed if he didn't like it.

We arrived, bypassed all the suckers that didn't buy their tickets online and headed straight for the elephants.  They weren't out of their sleeping chambers yet and waiting for breakfast, so much to Camden's dismay - we got an up-close-and-personal-how-do-you-do.  The poor kid was looking at me with terror in his eyes as he's sitting there strapped in his stroller and I'm trying to point out these giant pachyderms (as if he doesn't see them).  He kept saying, "Bye bye e-fant, bye bye e-fant," and I took that as him telling us to get him the eff out of there.

Next we found a clouded leopard.  He was perched high in the trees of his enclosure and it took Cam awhile to spot him.  Once he did, he kept gasping and saying, "kitty!"

A big sumatran tiger was next, and it was almost time for it's breakfast, too.  I am pretty sure that Camden was afraid that the tiger thought he was his breakfast.  Moving on. 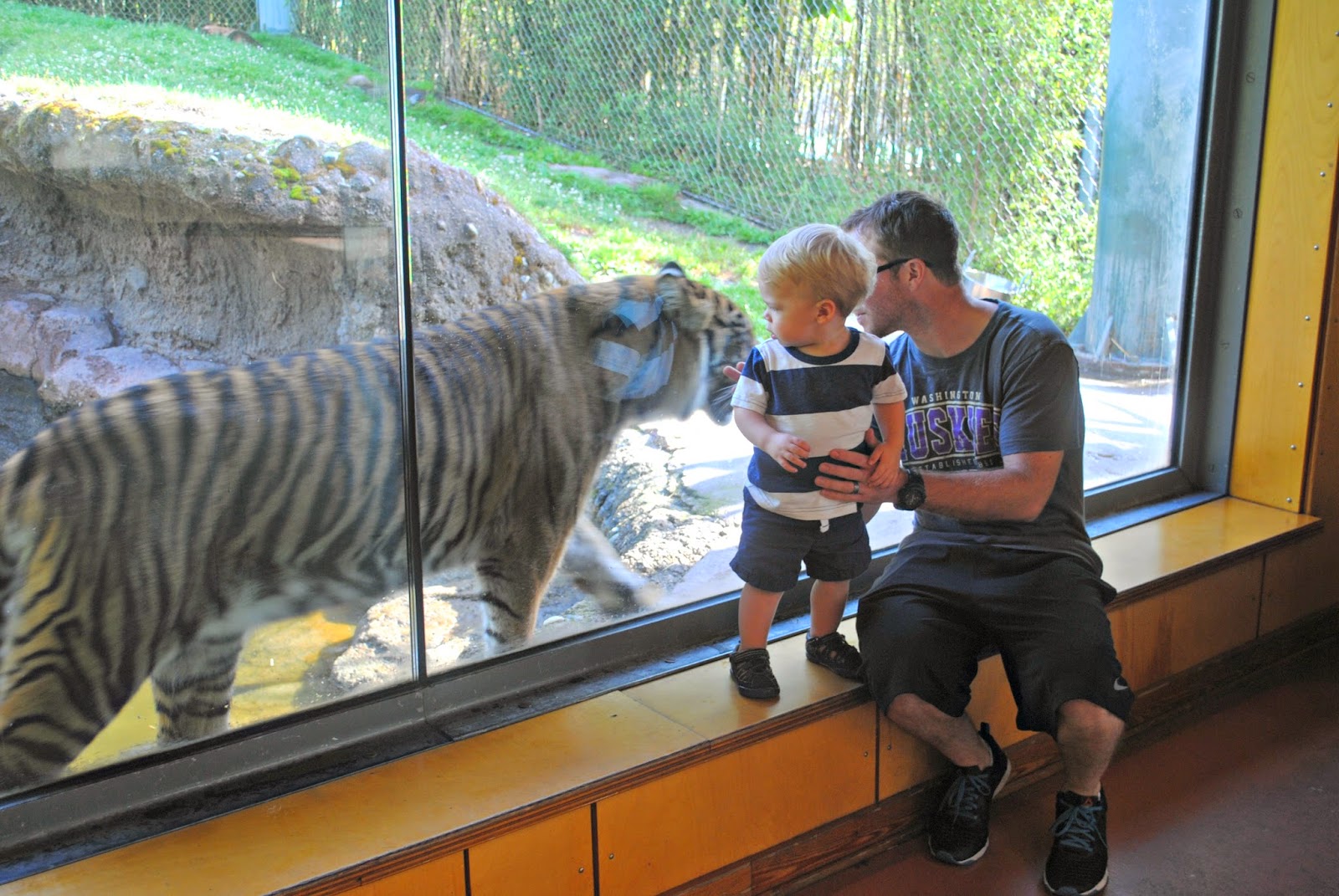 We saw lots of other animals - monkeys, penguins, walruses, seals, muskoxen, red wolves, coyotes, sharks, and fish.  I'm pretty sure the seals were his favorite.  Lots of gasps and excited Camden speak that neither Ryan or I could decipher. 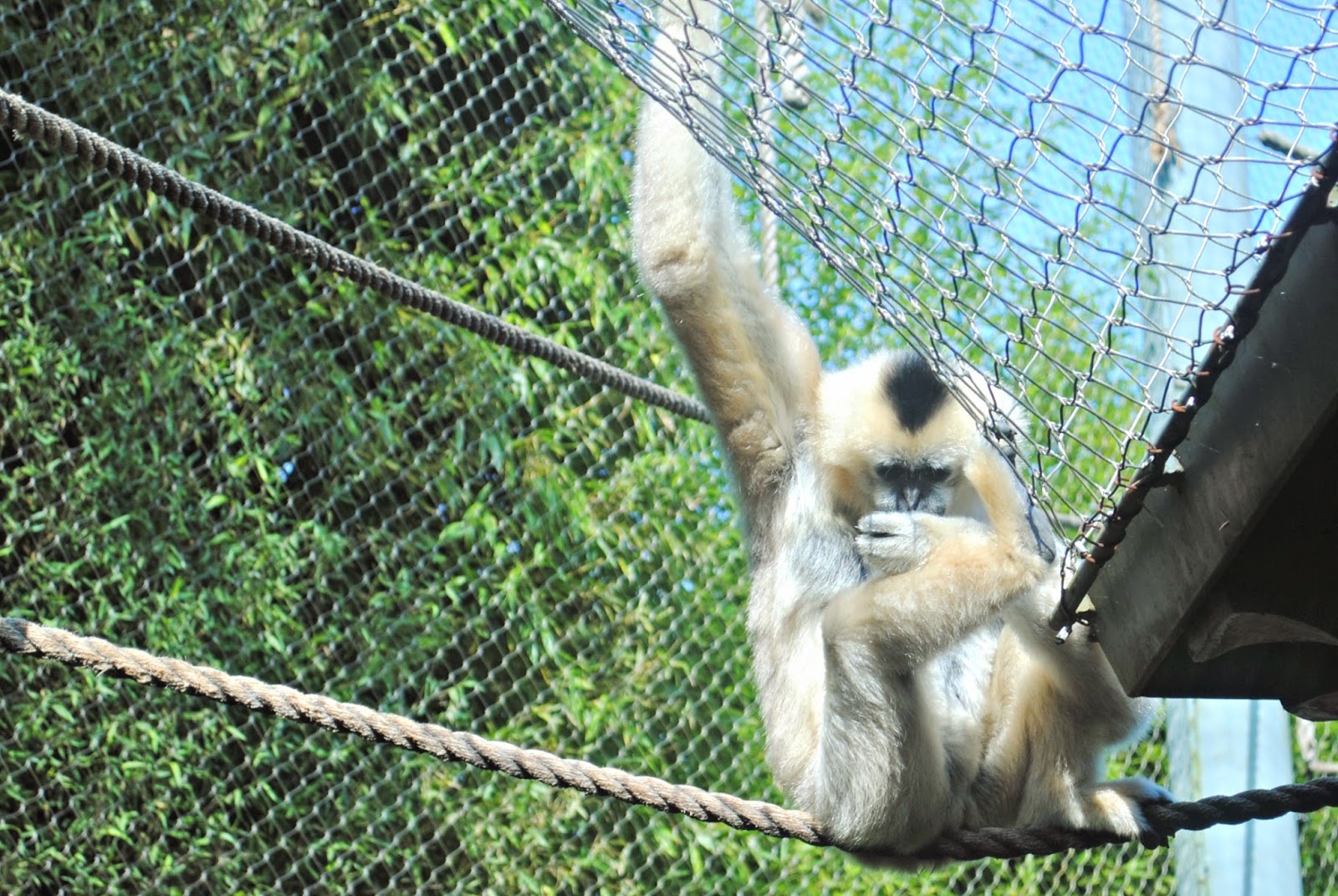 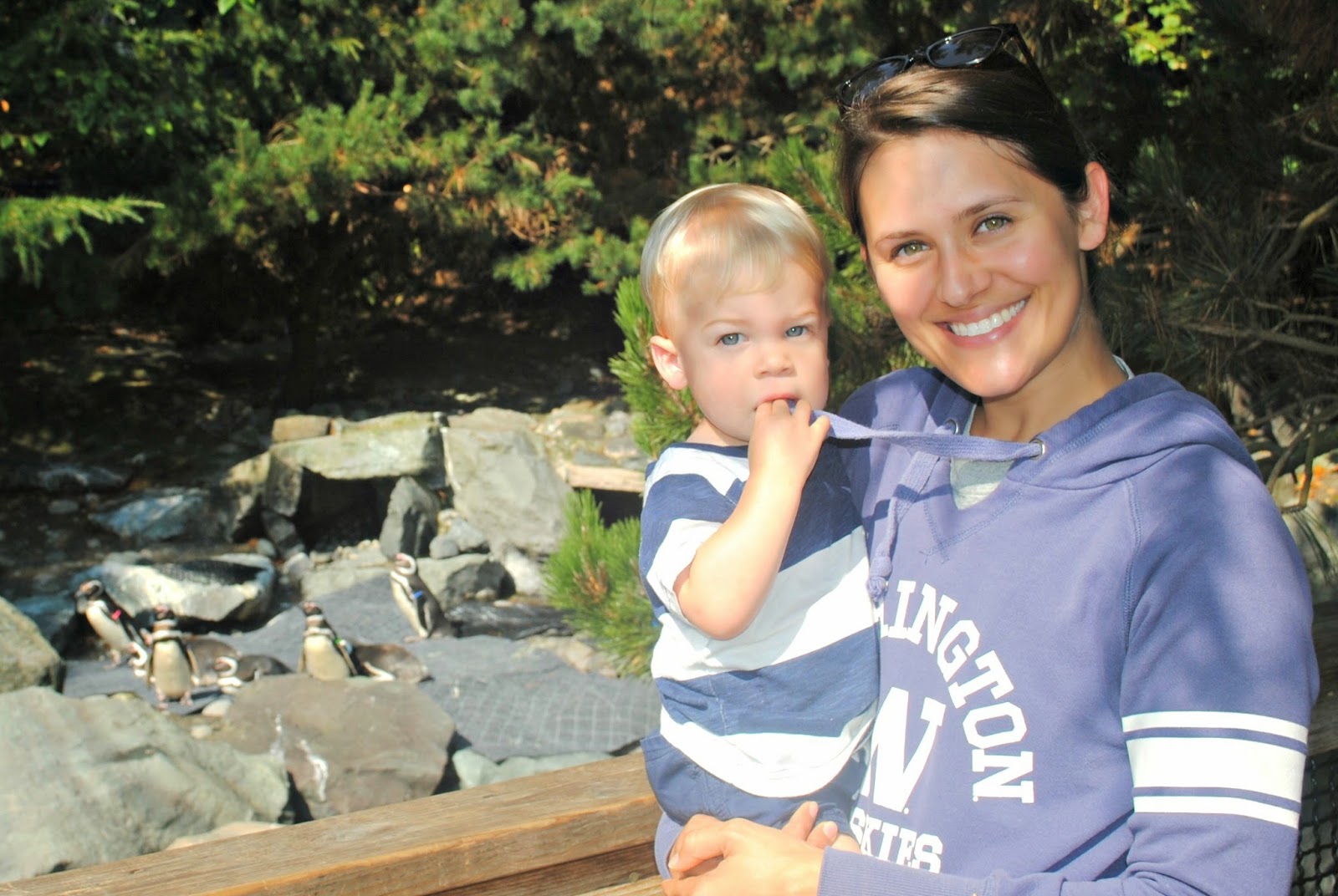 We made the aquarium the last stop and he wasn't a fan.  He kept saying "bye bye, fissssh" and "bye bye, shaaar" and clung to my neck for dear life.

The up-close-and-personal experience really isn't his thing, I guess.  He much preferred to admire the animals from afar.

He got to run through the grass before leaving - where he tried to make friends with two little girls who didn't speak English, and got the best ride of the day on Daddy's shoulders while we walked back to the car. 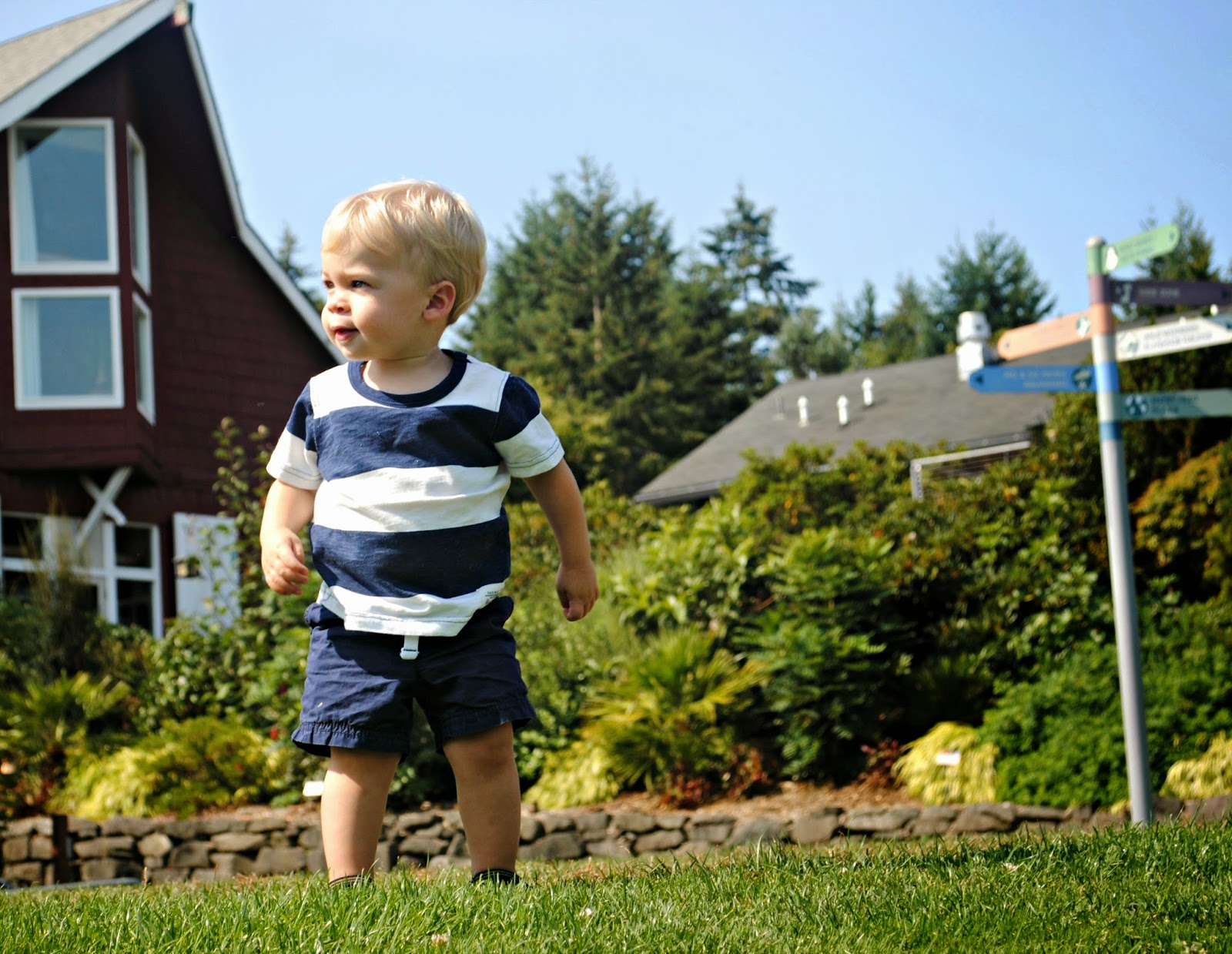 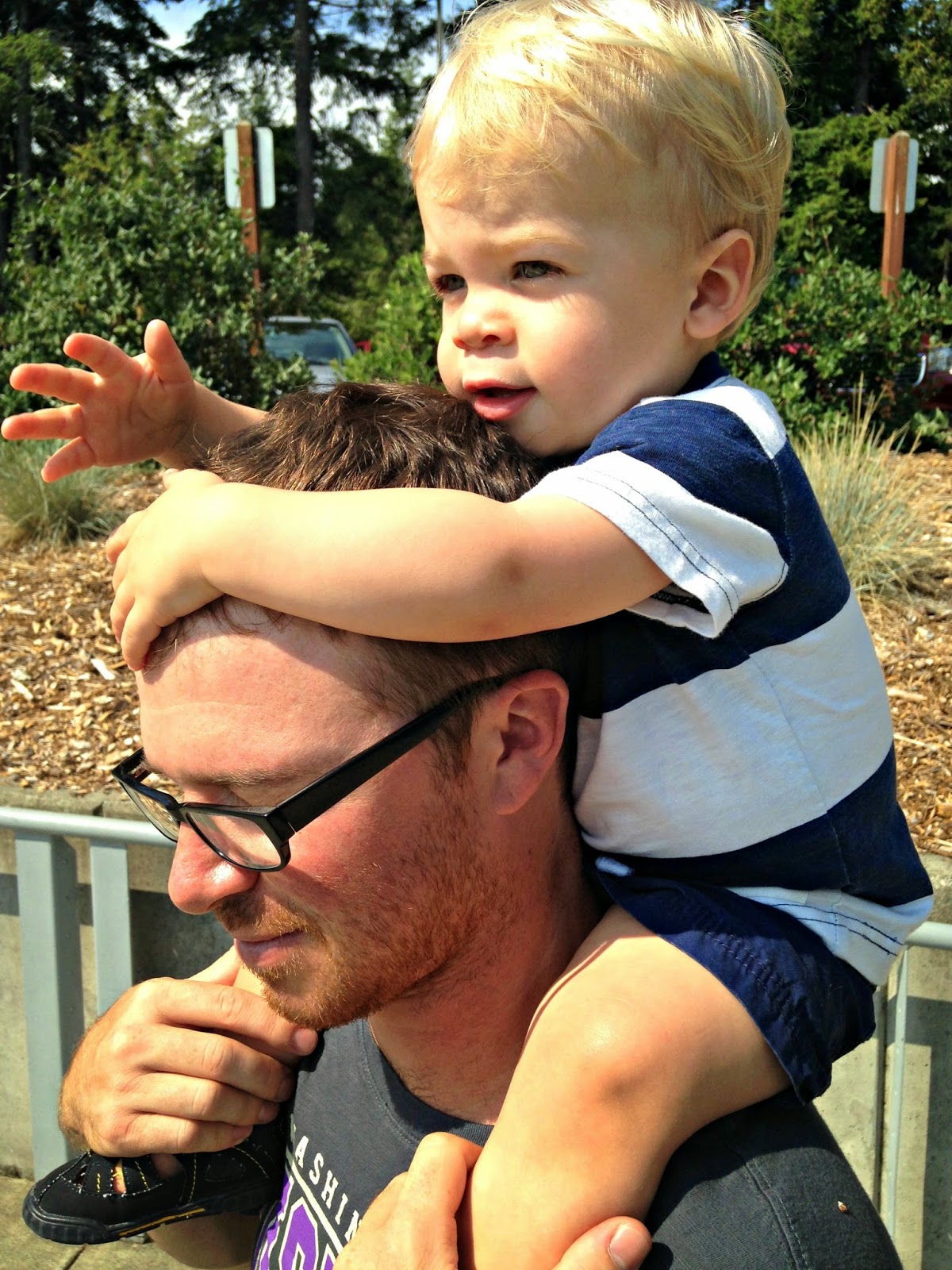 He crashed in the car for a good 20 minutes, woke up when he got home, and proceeded to alternate between screaming and contently talking to himself for two hours.  Of course, I was giving him until 3:00 (his normal wake up time) to figure out that he was tired and fall asleep, so what did he do promptly at 3:00?  Fall asleep, of course.

Ryan and I had plans to take Hammy to my parents while we went to see Guardians of the Galaxy, so I woke the sleeping monster at 4:00, watched him cry and fall down a lot (remember that ornery hellion I mentioned earlier?), and off to Grammy and Papa's we went.

Maybe some day we'll even out the daylight/night time zoo experiences.  I certainly can't have a child that equates going to the zoo with Christmas lights.